Why Has the Rule of Law Languished in Cambodia?

Home /Asia/South East Asia/Cambodia/Why Has the Rule of Law Languished in Cambodia? 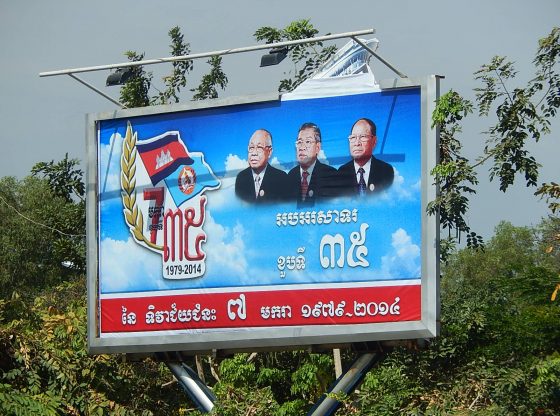 The fact that Cambodia struggles to implement anything approximating the rule of law is not news.  In the 2016 World Justice Project’s annual Rule of Law Index, Cambodia ranked 112 out of 113 countries surveyed.  This was down two rankings from the previous year.  While it is difficult to define, let alone measure the rule of law, the survey findings are consistent with what most people in Cambodia know – the law rests in the mouths of the powerful.

Cambodia is not alone.  Countries around the world struggle to establish the basic rudiments of the rule of law.  Economic historian Douglass North  makes an important distinction between forms of economic exchange based on personal relations and those based on impersonal institutions.  Once this threshold is crossed, trade is possible between people who have not and will never meet.  The rule of law is critical to this process.

Two decades later, however, we have a greater appreciation of the complexities involved in creating various forms of the rule of law.

In contrast, most exchanges (economic and political) in Cambodia remain deeply personal.  This is not surprising.  The western notion of the nation state is a recent transplant to Cambodia.  Historically, Cambodia has been characterized by highly decentralized political and economic structures, ethnically segregated social roles and cascading systems of patronage.  I have written in a recent book chapter that one significant characteristic of Cambodian institutions is how resilient they have been and how little they have changed over time.

It is easy for outsiders to sit in judgment of Cambodia.  The best way for the international community to teach is by example.  Cambodia has not had many good role models.  From the United States’ illegal bombing of Cambodia, to the United Nations preserving the seat of the Khmer Rouge, to the failure to fully implement the United Nations Transition Authority for Cambodia (UNTAC) mandate, to endorsing a compromise in the 1993 election results where the losing party was essentially permitted to stay in power, there have been few instances where the international community has modeled the rule of law in Cambodia.  Even the well intentioned efforts of the Extraordinary Chambers in the Courts of Cambodia (ECCC) concerning the Khmer Rouge have fallen substantially short of the ideal mark.

In truth, establishing the rule of law is not easy anywhere in the world.  Few ‘law and development’ efforts in the 1990s bore much fruit.  Many of these initiatives were somewhat naive efforts to project western style institutions in exotic settings with little appreciation for different social, historical or political backgrounds.

I am as guilty as anyone in this regard, having spent more than a decade working with groups such as the Cambodian Defenders Project (CDP) and Legal Aid of Cambodia (LAC).  As well-intentioned as we were, these were lawyer-led initiatives with little efforts to incorporate the teachings of anthropology, sociology or institutional economics.

That said, these were also tumultuous times.  In the wake of the 1993 election, there was substantial competition between proponents of civil law and common law models, as well as between French and American funders.  These battles played out over the proposed curriculum of the Royal School of Law and Economics, how many credits of French language law students would be required to take and whether lectures could be given by anyone trained in a common law tradition.

Similar fights took place over the role and structure of the Cambodian Bar Association (CBA).  CDP and LAC were struggling to ensure that the individuals we had trained could function to represent persons charged of crimes, even as the process of training and qualifying lawyers was being increasingly professionalised.

At times, it was our perception that the CBA was most interested in putting us out of business, so it could monopolise the provision of legal aid in an effort to capture that stream of foreign assistance for itself.  It gives you an indication of the poor state of the legal profession, when lawyers are fighting over legal aid dollars.  At one point, we explored different types of legal models.  We proposed adopting a paraprofessional model, where people could get concentrated training to deal with criminal defence and family matters, while “lawyers” could focus on more lucrative commercial matters.  This proposal did not get very far.

In truth, few of these skirmishes really mattered.  The problem lay with the courts more than the bar.  The Cambodian People’s Party (CPP) accomplished something that former monarchs, the French, and UNTAC never did:  it developed an administrative structure linking Phnom Penh to the provincial capitals and then to the communes and districts.  In the CPP organisational chart, judges ultimately reported to the Ministry of Justice who reported to Hun Sen.  This was consistent with a communist unitary party state, as well as with Cambodian styled authoritarian patronage.  The 1993 constitution changed the organisational chart and outlined formal systems of separation of powers, but did little to change the culture, personnel or daily practice of the courts.

Within this system, lawyers are not supposed to be instruments in the furtherance of rule-based decision making, but are intended to serve as go-betweens that can more efficiently transfer bribes so the most powerful parties prevail in the dispute.  This was made clear early in the life of LAC.  One of our lawyers was discovered bribing a judge to get his client free.  This was just the behaviour we were committed to change.

United Nations personnel rightly condemned the actions.  The LAC Board, in a very Western manner, pushed for the lawyer to be fired.  We learned that it is very difficult, if not impossible, for Cambodian organisations to fire personnel, even for a good cause.  In the end, the lawyer was suspended and later returned to duty.  No example was set, no practices were changed and business continued largely as usual.

It would be misguided to think that standing on principle in that one early case would have made any real difference.  The systemic, cultural and political forces were too strong.  More than two decades later, however, the numbers speak for themselves: Cambodia is ranked 112 out of 113 countries surveyed.

Is there any way out of this mess?  In the early days, we told ourselves two stories for how we might possibly make change.  The first was the importance of institutional place holders against the backdrop of generational change.  Democratic institutions such as elections and the rule of law have symbolic significance, even when they have little contemporary relevance.  Countries like Japan, South Korea and Indonesia collapsed into unitary party states after initial experiments with liberal democracy, where elections often functioned only as rituals.  More meaningful forms of democracy only emerged over time.

The second story deals with the power of crimes like theft of cow.  Everyone knew that lawyers and the rule of law would make no difference in cases where strong political or economic interests were at stake.  The lawyer played a symbolic role in these cases.  The more important cases were those that no one cared about.  In these cases, lawyers might make a difference.  In theory, rule-based decision making could prevail here.  The hope was that rule-based decision making might become a habit or practice that had the capacity to expand and influence a greater range of cases.

The jury is still out on whether change might ultimately occur in Cambodia along either of these lines.  Two decades later, however, we have a greater appreciation of the complexities involved in creating various forms of the rule of law.

Dr. Peter J. Hammer is a professor at Wayne State University Law School and director of the Damon J. Keith Centre for Civil Rights. He has spent more than twenty years engaging in issues of human rights, law, and development in Cambodia. He was a founding board member and past president of Legal Aid of Cambodia, an organization providing free legal services to Cambodia’s poor. He is presently a board member of the Life & Hope Association, an organization in Siem Reap founded and run by Buddhist monks to address the needs of orphans, vulnerable children and at-risk young women and a member of the board of the Centre for Khmer Studies. Image credit: CC by Michael Coghlan/Flickr.