India and Pakistan at 70: Is Democracy in Peril?

Home /Asia/South Asia/Pakistan/India and Pakistan at 70: Is Democracy in Peril? 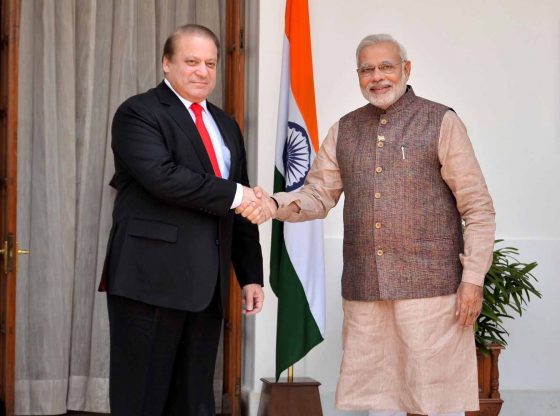 The 14th/15th August 2017 marks a special birthday. Seven decades ago British India was partitioned into the independent states of India and Pakistan. What should have been a joyous occasion was marked by violence and chaos. Partition left millions displaced and up to a million dead. From the ashes of partition two states emerged, with different majority religions, distinctive (though equally diverse) societies and increasingly divergent political systems.

In many scholarly and journalistic comparisons between both states since 1947, India has often emerged as the frontrunner: for instance in its military might and technological innovation. Yet, the favourable coverage of India is most often linked to its democratic record. India has had 16 heavily contested general elections since 1952, hundreds of state assembly elections and, since the introduction of urban and rural local governments in the 1990s, thousands of panchayat or local elections.

India’s democracy has been under threat before and it usually managed to bounce back. However, the current tide of Hindu nationalism may provide the biggest challenge to Indian democracy yet.

In contrast, Pakistan did not have its first polity-wide election until 1970 and democracy was suspended between 1958-1969, 1977-1988 and again between 1998-2008 altogether. During these periods, political power was concentrated within the military and (to a lesser extent) the country’s powerful bureaucrats. Even during periods of civilian rule, the Pakistan army and its powerful Inter-Intelligence-Services have retained the right to set the country’s foreign and security policy.

In seeking to explain the divergent pathways of India and Pakistan, scholars such as Adeney and Wyatt, Jaffrelot and Tudor have pointed to a number of explanatory factors. One of the most important factors pertains to the democratic legacy of the mass-mobilizing Congress-movement-turned- party in India versus the elitist nature of the Muslim League, the leaders of whom originated from the North of India and hardly set root in Pakistan prior to Partition. As a party defending the Urdu-speaking, North-Indian Muslim elite, the Muslim League was ill-prepared and unwilling to forge compromises with the ethnically and linguistically diverse provinces that made up future Pakistan.

Most notably, a failure to recognize the dominant Bengali majority group in politics, administration, culture and military led to the secession of ‘East Bengal’ and its rebirth as Bangladesh in 1971. As Steven Wilkinson has shown, the presence of strong civilian leaders in India, most notably Jawaharlal Nehru facilitated the subjugation of the army to civil control. In contrast, internal disagreements on the role of religion and the accommodation of group differences among the political elite in Pakistan helped to cement the relevance of the Pakistani army. Its prominence was also fed by the security threat which Pakistan faced from India.

Democracy comes in many shades. No democracy is perfect and political scientists have long debated what constitutes the core of a democratic regime. In doing so, they have often converged on a maximalist but procedural definition of democracy, following the interpretation of the great political theorist Robert A Dahl. The procedural element focuses on the existence of regular elections in which political office is contested among competing candidates and parties. However, elections are not sufficient.  Elections need to be fair and open, protected by a set of rights which guarantee the freedom to stand, express one’s opinion, organize associations and political parties and see those views articulated and reflected by a non-censored press.

By the above yardsticks, Indian democracy has indeed been ‘better’ than Pakistan’s which for much of its post-war history even lacked regular and openly contested elections! Yet, India’s democracy has never been perfect: Indira Gandhi, although ideologically linked to the Congress Party briefly marched the country down an authoritarian path in the 1970s when she proclaimed a national Emergency. There is also widespread evidence of election rigging since 1947 in India’s trouble-spots, most notably Jammu and Kashmir, the Punjab and some of the North-eastern states. During the 1980s, the Congress Party also flirted with communal politics, especially in Punjab and Jammu and Kashmir.

Therefore, the favourable light in which India has been held up against Pakistan in terms of the quality of its democracy at best reflects a difference of degree rather than a difference in kind. Furthermore, Pakistan has had two consecutive general elections since 2008, both of which were reasonably open and fair. The 2013 election also marked a peaceful transition in the composition of the federal government, usually seen as a sign of democratic strengthening. Even so, in Pakistan, serious concerns with the influence of the army and especially its links with terrorist outfits remain. Prime Minister Nawaz Sharif’s recent dismissal by the Supreme Court on charges of corruption also confirm the power of the unelected institutions of the Pakistani state. The influence of Islamist hardline groups and the closing down of political tolerance also threatens to silence the voice of more moderate Muslims, let alone the small Christian and Hindu minorities.

In India, unlike in Pakistan, the danger of a military take-over is beyond imaginable. Yet, the quality of the country’s democracy has been back-sliding. The 2014 general elections were won by the Hindu nationalist Bharatiya Janata Party, headed by Narendra Modi, the long-time Chief Minister of Gujarat. Credited with economic growth and development in his former state but loathed for his alleged complicity in inciting communal violence during the 2002 Godhra riots; Modi is known for his dominant leadership style. As Shatisinh Gohil, a former leader of the opposition in the Gujarat assembly put it ‘He once got 12 laws passed in 17 minutes in 2009 after getting the Opposition suspended from the House.’

Since coming into power the BJP has focused not only on economic growth and development but also on rolling out its Hindu nationalist agenda. The progressive expansion of beef-bans, the interference in institutions of higher education, the revision of history textbooks, or indeed the intolerance for viewpoints that criticize the governments’ stance on Kashmir as ‘anti-national’, challenge the very foundations of India’s liberal democracy. The freedom of the press appears to be under attack as well, as evidenced by the recent involvement of the Central Bureau of Investigation in clamping down on a news channel after a critical exchange with a BJP spokesperson, or the (forced) resignation of the editor of Economic and Political Weekly, a highly acclaimed social science journal.  True, the Supreme Court, the Indian states – to some extent – and the Indian constitution which the BJP cannot amend for lack of a required legislative majority, provide important counter-majoritarian safeguards. Yet, the blind eye which the centre and police of BJP governed states seem to turn against cow vigilantes or violence by RSS activists against religious minorities (and Dalits) may strengthen the support base for Hindu nationalism on the ground.

India’s democracy has been under threat before and it usually managed to bounce back. However, the current tide of Hindu nationalism may provide the biggest challenge to Indian democracy yet. Seven decades after Partition, India may well start to lose most of its competitive advantage over Pakistan in that most lofty of goals: the quality of its democracy. Its competitive edge in this matter may well depend on the ability of the opposition parties to provide a credible and well-articulated counter-narrative ahead of the 2019 general elections. Current events in Bihar make this less likely than ever.

Katharine Adeney is Professor of Politics at the University of Nottingham and Director of the Institute of Asia and Pacific Studies. She has published widely on both Pakistan and India. She tweets @KatAdeney. Wilfried Swenden is Senior Lecturer at the University of Edinburgh and Co-Director of the Centre for South Asian Studies. His research focuses on Indian Federalism and he was PI on a Leverhulme Network Grant on Continuity and Change in Indian Federalism, of which Katharine Adeney and IAPS were also members. Image credit: CC by Narendra Modi/Flickr.

Nuclear Crisis in North Korea: A Chance for Russia?
Why China’s currency manipulation isn’t a problem