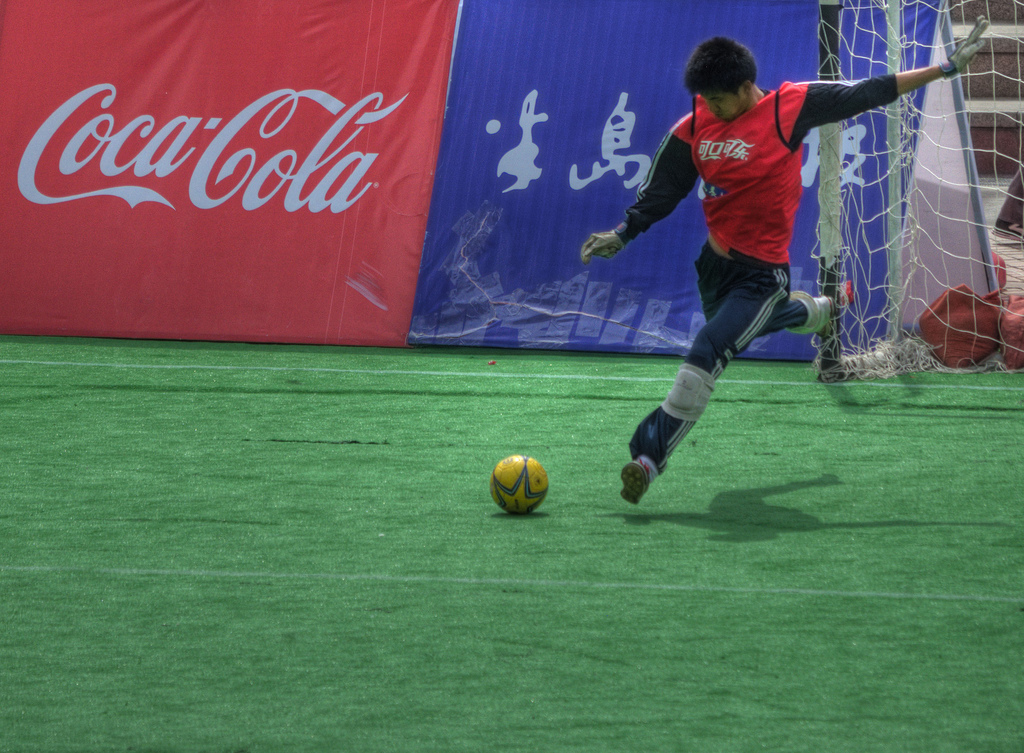 China has emerged as a major player in the international soccer industry. Huge transfers and record-breaking salaries have come to characterise the game in China in the eyes of the international soccer community. Examples of the enormous transfers include Brazilians Oscar and Hulk from Chelsea FC and Zenit St. Petersburg to Shanghai SIPG for a combined fee totalling more than 130 million dollars and the signing of Argentinian star Carlos Tevez by Shanghai Shenhua. Such transfer activity demonstrates the economic power of Chinese soccer clubs. The transfer of Carlos Tevez made him the best-paid player in world soccer when he signed the contract in late December 2016. The huge transfers, combined with ambitious statements from both the Chinese FA (CFA) and the Chinese government have made China impossible to ignore for those with an interest in the sport. In spite of these developments, Chinese soccer clubs have begun to face significant challenges.

In January 2017, the CFA adopted a sudden rule change, mandating clubs to field a Chinese player under the age of 23. A further statement declared that in future the number of Chinese u-23-players will have to match the number of foreign players fielded.

The second complication arose in May and June 2017, when an extra tax on foreign transfers was implemented by the CFA, stating that fees paid on foreign players would have to be matched by a 100% levy that would go toward domestic soccer development. This rule was eventually revised slightly to cover fees of foreign players who had been bought for a sum greater than 5.8 million euros.

Finally, and perhaps more worrying for Chinese soccer in general, it seems that many Chinese soccer clubs from the top tiers of the Chinese league system may be experiencing difficulties paying transfer fees as well as player salaries. This has led to the CFA to issuing warnings that any difficulty with financial matters might lead to exclusion.

These problems have prompted the CFA to look more closely at the balance sheets of the top Chinese clubs and to publish criteria on balancing incomes and outgoings at top clubs. The new regime essentially decreed that the clubs must balance their books or face possible expulsion from the league system.

Why have these rule changes been made and what are the consequences? It appears that the CFA needed to ensure game-time and development opportunities for the most promising Chinese players. This makes sense in light of previous statements by the government and CFA regarding improving the national squad.

However, the fact that the rule changes were implemented almost immediately and without warning, caused several challenges for the clubs. Transfers that were extremely close to being finalised were taken off the table and many clubs were left with too many foreigners in their squads. This meant some squads had to part ways with at least one of their foreign players, often crucial members of the team. Looking back at the process, a more sympathetic way of introducing the new rule would have been preferable, but in order to ensure the development of domestic talents, the new rule makes sense.

The newly introduced tax on big-money transfers will cause a barrier for future prominent transfers. Clearly, it would be unwise for the Chinese clubs that are already paying above market price for the transfers of their foreign stars to make any big-money signings that will include a significant additional payment. The effect of the extra tax became clear during the recently closed summer window where no transfers came close to the massive transfers of the previous windows. Because of the difficulties the Chinese clubs now face in their pursuit of big foreign stars it will certainly be more difficult for players already in Chinese soccer to depart, should they wish to do so. It will simply be bad business for the Chinese clubs to let go of their star-players, as a potential replacement would be incredibly expensive. An example of this was Guangzhou Evergrande’s, ultimately futile, reluctance to release their Brazilian star-midfielder Paulinho.

Another possible consequence of the added tax and new rules on Chinese u-23 players is an increase in valuation of the best Chinese players. The clubs will seek to keep hold of their Chinese stars in order to create the best possible team while staying within the boundaries set by the new rules.

Finally, the rumoured economic problems within the clubs might be the most serious. If these rumours turn out to be true, the spate of expensive foreign signings witnessed recently will not be repeated. It is a well-known that the huge salaries are one of the biggest reasons for international top-class players to go to China – and if these salaries are no longer possible, the players will go elsewhere. These potential economic problems also cause a real threat to the foundation and reputation of Chinese soccer, which is why the CFA has announced that any club with serious financial difficulties will face an exclusion from the Chinese soccer system.

Anders Kornum Thomassen is based in the Section for Sports Science at Aarhus University. Image Credit: CC by Mike/Flickr.