The Symbolism of ASEAN at 50 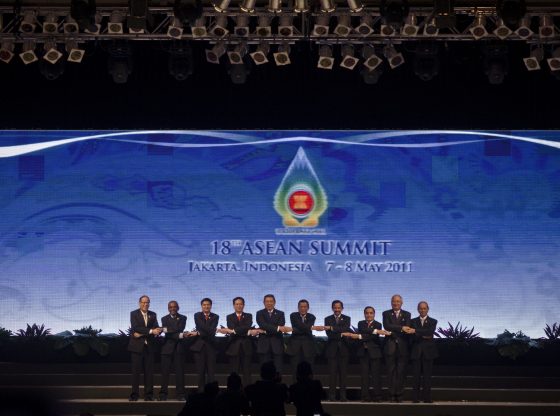 Had someone at the foundation of ASEAN fifty years ago predicted that the regional organisation would be around in half a century, they might not have been openly laughed at, but they would likely have raised eyebrows.

This endurance is remarkable because there is no great consensus on what ASEAN has actually done to warrant it. ASEAN’s list of clear successes is relatively short – we cannot even agree if peace in Southeast Asia was caused by ASEAN directly, or if ASEAN has just benefited from causes found elsewhere. At the same time, the list of ASEAN’s weaknesses is far longer: an inability to enforce its on-paper commitments; member states who do not follow, when you look closely, the norms of non-intervention so often thought to be central to the region; and the enduring tensions across the Asia-Pacific.

Yet endure ASEAN has and we should ask why.

The rapidly shifting Asia-Pacific strategic outlook is fracturing the position of ASEAN member states. No longer sure of the US commitment to the region and the principles that to date have underpinned it, ASEAN members are now unsure of the role that China is playing.

I believe ASEAN has endured because of its shared symbolic meaning, and further, that it is bound together neither by power nor norms, but by ritual. ASEAN is a symbol of Southeast Asian independence, an assertion by members that their destiny was theirs to craft, even if they disagreed on what that destiny was – Southeast Asia for Southeast Asians.

This symbolic importance is displayed through the array of diplomatic rituals that characterise the region; the various meetings of ministers and heads of state, the same language repeated at the outset of almost every declaration, the linked hands in photos as regional leaders smile beatifically to the camera. We have thought these events to represent shared norms, only to be frustrated when so much evidence mounts up that there are no shared values in play. The real ASEAN does not lurk behind these rituals, it is these rituals. Repeated over fifty years now, with a set of clear images, processes and events all choreographed and managed to a precise playbook, these events are the physical embodiment of a desire for independence and control.

ASEAN over the half-century of its creation has been buffeted by shifting power politics, changing notions of legitimacy and the development of its own members. Of course each has a part to play in explaining the evolution and current form of regional governance. Yet none of these get to the core of ASEAN in the way symbol and ritual does. The consternation when in 2012 ASEAN could not release a Joint Communique from its foreign ministerial meeting seemed far less to do with ASEAN missing an opportunity to say anything particular, and far more to do with a sadness, even confusion, that the ASEAN event had been a ritual. Similarly, I have long wondered why ASEAN’s more democratic members satisfy themselves with such weak regional commitments which are still flagrantly violated – but here again we see that the interest is in the region being there, not the region doing something specific.

The argument I have outlined about the symbolic and ritual nature of ASEAN has consequences for how we imagine its future.

Symbolic and ritual value tends to endure. The stagecraft of ASEAN’s busy diplomatic schedule creates its own momentum, as does the repetition of key language or the ritual invocation of the 1976 Treaty of Amity and Cooperation in so many of ASEAN’s subsequent treaties, declarations and frameworks. ASEAN’s past, through these processes, becomes the guide to the present and its assumed future.  From this perspective, we can assume that ASEAN’s existence for some time to come is assured despite its weaknesses and failures. ASEAN has been weak, and has failed, many times before, yet here it still is. This shall continue.

The flip side of this argument, however, is that there is an increasing risk of ASEAN ‘hollowing out’ – the repetition of its rituals becoming less meaningful, even if they occur with ever-accelerating frequency.

Here ASEAN’s symbolic value faces twin challenges. Externally, the rapidly shifting Asia-Pacific strategic outlook is fracturing the position of ASEAN member states. No longer sure of the US commitment to the region and the principles that to date have underpinned it, ASEAN members are now unsure of the role that China is playing, and should play. Internally the growth of some ASEAN members up the international pecking order is shifting the outlook of these states. We may have a great many reasons to doubt Indonesia’s status as a Asia-Pacific power, let alone a global one, but we can be pretty clear that it wants to ‘move up’ in the world.  The symbolic value of ASEAN has greatest value for weak, post-colonial states jealously guarding and building their sovereignty. It has far less value for countries who seek regional, extra-regional or even global power status.

For both internal and external reasons, I can see a future where ASEAN remains, but is surrounded and functionally replaced by a wide range of formal and informal bi-mini-multi- lateral relationships. This has already been the case in the narrow areas of security and defence, and so precedent is well-established. Here it is easy enough to see ASEAN’s future not as collapse, but of irrelevance, an artefact of a previous age.

As with science-fiction, predicting the future says far more about the world of today than about what is actually going to happen. The concern that many commentators have expressed about ASEAN at 50 reveals the deep ambivalence many hold for a future where old certainties have been undermined and new practices are yet to emerge.

To not only endure but to thrive over the next 50 years, ASEAN must confront these challenges head on, turning itself from an incubator of confident members to a platform for their agency and ambitions.

Mathew Davies (@Drmattdavies) is a Senior Lecturer at the Australian National University. He has written extensively on the areas of regional order building, human rights, and governance in Southeast Asia, with a particular focus on ASEAN. His current research examines the ‘new politics of human rights in Southeast Asia’. Image credit: CC by Abhisit Vejjajiva/Flickr.

Silk-Bamboo: Traditional Chinese Music and the Confucian Heritage
ASEAN: The Way of the Past or the Way of the Future?