The empowerment effect of supporting foreign clubs in China 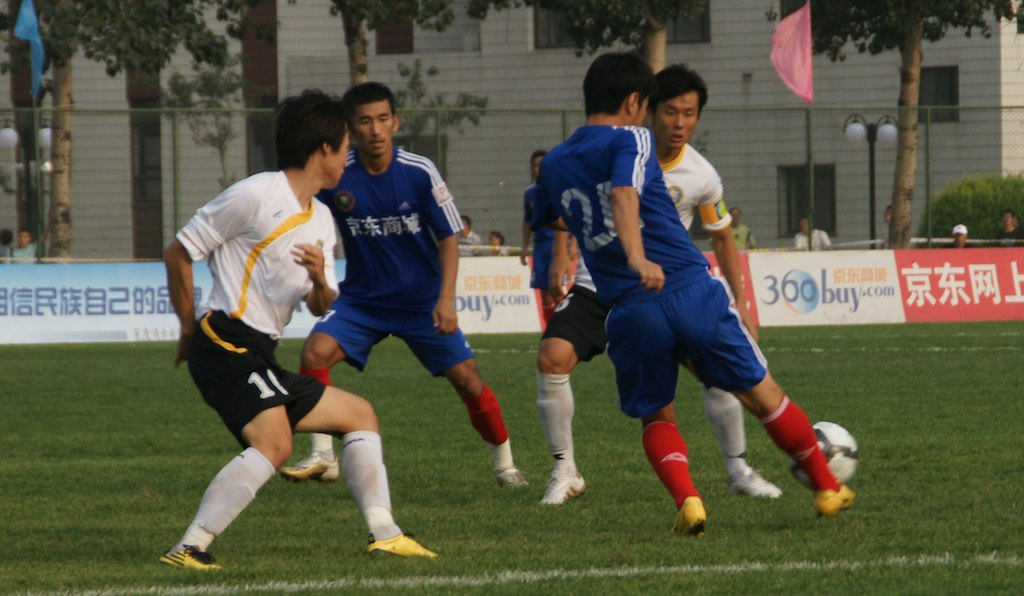 On June 14, Chinese president Xi Jinping highlighted the importance of soccer development in China during a meeting with FIFA president Gianni Infantino. Xi emphasized the societal role of soccer due not only to its nature as a competitive sport, but also because of its educational role in cultivating patriotism, collectivism, and perseverance.

Given the size of the Chinese market, international soccer leagues, especially the “big five” European leagues, have been promoting their teams in China over the last decade, with increased activity over the last few seasons. These leagues are now widely broadcast on various Chinese media and followed by many Chinese soccer fans, particularly after the decentralization of sports broadcasting and streaming rights. China’s so-called “satellite fans” have been identified by many European clubs as an important target market. Therefore, we were looking into the antecedents that motivate Chinese soccer fans to follow an international club team, and the benefits they derive from associating with it. We conducted interviews with 20 Chinese soccer fans who support European clubs, and one theme kept emerging during the data analysis – Empowerment.

For committed Chinese soccer fans, following their favourite soccer team was more than entertainment: The team was a source of psychological empowerment that they could apply to their daily work and life. For example, one Serie A fan interviewed in Beijing stated: “I experienced the competitive spirit of AC Milan, and this spirit has accompanied me since I was a kid. It encourages me to strive to do better, no matter whether I play soccer in my spare time or do my job. I think this spirit is helpful to me.” Similarly, a Bayern Munich fan interviewed in Guangzhou said: “I was encouraged by Bayern Munich. They never give up. They ended in second place in three major tournaments. And next year, they won three championships in those three tournaments. I think it is a good lesson. I fall sometimes, but it is ok. I will stand up again.”  The empowerment factor was also used by fans to explain why they start to follow a team. For instance, a Liverpool fan recalled that: “I started to follow Liverpool in 2005 because of the Champions League. I did not watch the game but I read about it. I recognized that this team was very special because they fought back after a 0:3 disadvantage at half-time. They finally won the game in a penalty shoot.”

Traditionally, empowerment through sport has referred to the empowerment of disadvantaged individuals through participation. The effect has been demonstrated in the context of empowering female sports participants’self-perceptions as a group with social power, or charity events advancing participants’ confidence to initiate change on behalf of the charity organizations.[1]

However, our interviews indicate that spectating from afar can also have empowering effects on Chinese soccer fans. Empowerment is derived from social processes that help people gain control over their own lives. These processes are a series of experiences in which individuals learn to see a closer connection between their goals and ways of achieving them by gaining more access to and control of resources. As a result, they achieve mastery over their lives.

When looking at empowering processes derived from spectator sport, our findings align with research on fans of music artists. For example, teenage fans of performing artists make use of the self-empowerment their fandom gives them to take charge of the meanings of their own sexuality, generating greater confidence. A specific example invoke fans of Lady Gaga feeling empowered to live their life free of societal conventions because of her rebellious attitude and unconventional style.

When investigating our findings, it seems that Chinese soccer fans also experience empowerment effects based on the characteristics of certain teams. Liverpool FC demonstrated courage and was successful in a situation with little chance of winning. Similarly, Bayern Munich overcame failure by learning from their mistakes and achieving success the following season. The interviewed fans indicated that the teams act as role models for how to deal with difficult situations or how to overcome failure. Respondents could see a connection between team attitude and the goals that the teams have achieved (quite literally) by taking control of their situation.

Although these findings have been derived from fans of international soccer teams, the benefits may also be derived from following domestic teams in the Chinese Super League (CSL). With an ambitious strategic plan of soccer development, the CSL has invested heavily in rebranding the league and teams, including introducing foreign coaches and players, partnering with new commercial sponsors, and leveraging fan engagement activities. Due to the vast population of China, the league currently has more followers than the Premier League, the Bundesliga, and La Liga combined. It has also received a lot of media attention in the last years because teams have successfully recruited international superstars As stars are flocking into the CSL, fans are showing greater interest in following their local teams.

Cultivating the fan culture and soccer community is key to maintaining a profitable, long-term team-fan relationship, given that the quality of the games still lags behind international standards. CSL teams should consider developing branding strategies centred on empowerment and inspiration by team performance as well as players’ personal struggles for success. By doing so, they could enhance their connection with fans. Especially the growing middle class is now facing great pressure owing to rising living costs and considerable economic slack. A soccer team that could empower its fans will lead to a higher level of fan commitment.

Beyond the commercial league, the Chinese government plans to make the game accessible to over 30 million primary and secondary school children by 2020, as well as creating up to 20,000 football schools and laying 70,000 pitches (FIFA, 2017). Highlighting positive psychological outcomes associated with supporting soccer could gain traction among teenagers and parents. In our research, respondents were provided with role models that demonstrated the positive impact perseverance can have on achieving goals and mastering their own life, which is one of the goals President Xi has associated with the societal role of soccer. While the program is focused on developing soccer players, our findings indicate that some positive outcomes can also be derived from supporting soccer teams as a spectator. Thus, the further development of the CSL may also have positive implications on the Chinese society initially associated with developing soccer as a participant sport.

Water conflicts and development in the Mekong: What role for ASEAN?
ASEAN’s mid-life crisis?