Vietnam: China a Partner of Cooperation and Object of Struggle

Home /China, Vietnam/Vietnam: China a Partner of Cooperation and Object of Struggle 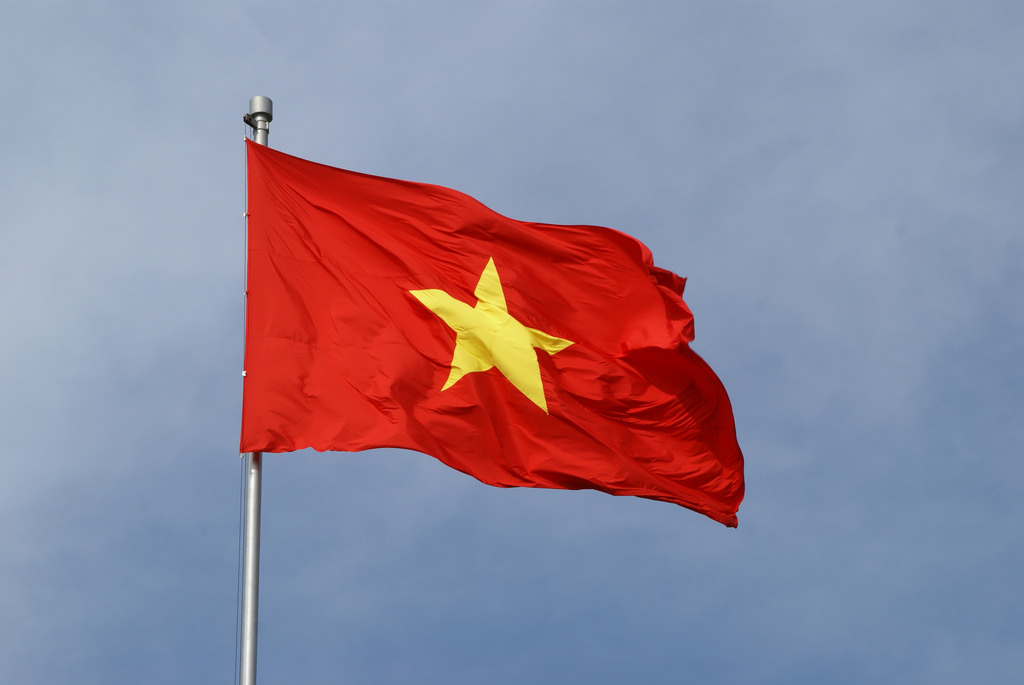 Written by Carlyle A. Thayer.

According to Vietnam’s foreign policy lexicon, China tops the list of Vietnam’s sixteen strategic partnerships. China is designated a comprehensive cooperative strategic partner, the only country to hold that accolade. This designation is both significant and partly misleading. It is significant because it signals that Vietnam wants to comprehensively engage with its northern neighbour. It is party misleading because beneath the veneer of socialist bonhomie lie constant tensions over maritime disputes in the South China Sea.

In July 2003, the Vietnam Communist Party’s Central Committee adopted Resolution No. 8, On Defense of the Homeland in the New Situation. Prior to the adoption of Resolution No. 8, China was classified as a friendly country because it was socialist and the United States was viewed as an opponent. Resolution No. 8 noted that there were often instances of friction and disagreement with friendly countries and areas of cooperation and convergent interests with opposing countries. Resolution No. 8 adopted the twin concepts of “partners of cooperation” and “objects of struggle,” đối tác and đối tượng, respectively. The resolution sanctioned cooperation with both friendly and opposing countries and struggling against any country that harmed Vietnam’s national interests.

In early May-mid-July 2014, Sino-Vietnamese relations reached their lowest point since the 1979 border war when China dispatched the mega oil-drilling platform Hai Yang Shi You 981 into Vietnam’s Exclusive Economic Zone to commence operations. China action’s precipitated a confrontation between a mixed armada of Chinese ships, boats and vessels and Vietnam’s Coast Guard and Fishery Surveillance Force. The world’s media covered the daily ship ramming and use of high-powered water cannons. The first casualty of this crisis was strategic trust between Hanoi and Beijing.

In July 2014, China declared that the HYSY 981 had completed its operations and abruptly withdrew the mega platform and its maritime escorts. Vietnam and China then went about rebuilding their bilateral relations. Restoring strategic trust was more difficult. By early 2017 it appeared that China and Vietnam had restored the status quo ante prevailing in 2013. In January, for example, Nguyen Phu Trong, made his first visit to Beijing as the new Secretary General of the Vietnam Communist Party to meet with General Secretary of the Chinese Communist Party Xi Jinping. The two defence ministers also met.

After “candid talks” the two party leaders issued a joint statement in which they agreed to “manage well their maritime difference, avoid actions that complicate the situation and escalate tensions, and safeguard the peace and stability of the South China Sea.” In mid-May Vietnam’s president, Tran Dai Quang made a state visit to Beijing to meet with his counterpart Xi Jinping. The joint statement issued after their meeting highlighted a wide range of cooperative activities: Chinese preferential loans for infrastructure development, the gradual opening of China’s market to Vietnamese agricultural and dairy exports, and the establishment of cross-border economic zones. The two state leaders also agreed, “to strictly follow the consensus reached by Chinese and Vietnamese leaders” to resolve their maritime disputes peacefully.

In late May, Prime Minister Nguyen Xuan Phuc became the first Southeast Asian head of government to meet with President Donald Trump at The White House. Their joint statement contained a long section on the South China Sea that repeated the standard diplomatic line that disputes should be settled peacefully in accord with international law. Shortly after, Vietnam’s Defence Minister visited the Pentagon for discussions with Secretary of Defense James Mattis. They noted that preparations would be made for a visit by a U.S. aircraft carried to Cam Ranh International Port in 2018.

In 2013, Vietnam and China agreed to an annual alternating series of friendly border defence exchange activities. The first exchange took place in 2014 after the HYSY 981 crisis receded. In subsequent years the two defence ministers participated. In late May 2016, General Fan Changlong, the Deputy Head of China’s Central Military Commission, came to Vietnam to set the final seal on this year’s border exchanges. Both the Chinese and Vietnamese media were very upbeat about future defence relations. General Fan not only met with his counterpart, General Ngo Xuan Lich, but with all of Vietnam’s top leadership. In these meetings, General Fan requested that Vietnam honour the commitments between their leaders and stop oil exploration activities in Vanguard Bank. When General Fan was rebuffed by Prime Minister Nguyen Xuan Phuc who claimed Vietnam had sovereign jurisdiction over this area. This verbal confrontation angered General Fan who announced the cancellation of the friendly border exchange activities and abruptly left Hanoi.

Subsequently, Vietnam’s Ambassador in Beijing was called to the Foreign Ministry where a Chinese official issued a strongly worded demarche. What transpired at this meeting has become a matter of controversy. The BBC, quoting industry sources, reported that China threatened to attack Vietnamese “bases” in the Spratly Islands if Vietnam continued to drill for oil. The block in question, 136-03, was leased to Talisman-Vietnam a subsidiary of Repsol of Spain. General Fan visited Madrid before coming to Hanoi and reportedly called on Repsol to cease its oil drilling. At the time General Fan was in Hanoi, China increased its naval presence around Vanguard Bank. Vietnam backed down and muzzled its press. The oil-drilling rig capped the well and departed for safer waters.

The next confrontation between Hanoi and Beijing took place in Manila where the foreign minister of the Association of Southeast Asian Nations met for their annual meeting. Vietnam tried hard to stiffen the language on the South China Sea in the joint communiqué issued after the foreign ministers met but was blocked by the Philippines and Cambodia. A scheduled one-on-one meeting between the foreign ministers of China and Vietnam was cancelled.

The events of the first nine months of this year illustrate that Vietnam continues to pursue its long-standing policy of “diversifying and multi-lateralizing” its strategic partnerships with an emphasis of stepping up defence cooperation with Japan, India, France, the United Kingdom, the United States and its traditional supplier of arms, Russia. Vietnam also cooperates with China in terms of trade and investment while at the same time struggles against China on maritime disputes in the South China Sea. Vietnam seeks to hedge against China by promoting a multipolar balance among the major powers by giving them equity in Vietnam’s stability and strategic autonomy. In order for this strategy to work, in Vietnam’s view, the United States must be encouraged to remain engaged in the region to counter-balance China.