Can China rival the U.S. Navy in the Pacific? 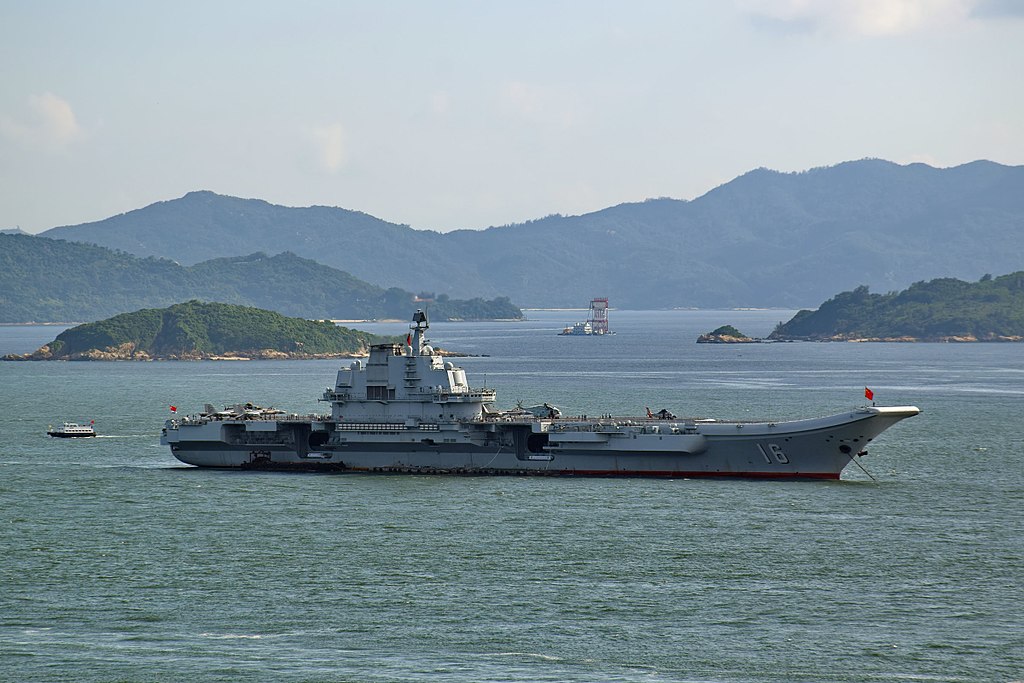 The name Valery Vasilevich Babich is an important one in the world of aircraft carrier construction.

A 76-year-old Ukrainian shipbuilder and journalist, Babich was instrumental in the construction of the Soviet Union’s aircraft carriers including the Admiral Kuznetsov, the Admiral Gorshkov-turned-Vikramaditya now in Indian service, and the Varyag which is now the Chinese carrier Liaoning.

Having once headed the Black Sea Shipyard’s Design Bureau, Babich knows a thing or two about carriers. He also hasn’t stopped, according to Chinese media reports stating that Babich has gone to work for the Qingdao-based CUSA company, formally the Qingdao China-Ukraine Special Ships Research and Design Academy. Qingdao is Liaoning’s home port.

Liaoning and the Type 001A, China’s second carrier, are by themselves just floating hunk of metal with a flight deck on top. What makes a carrier into a capable warship are the sailors, pilots, doctrines, procedures and expertise in shipbuilding that takes decades to develop. Babich’s brain is thus a reservoir of knowledge for China to tap as it seeks to develop the institutional experience needed for a modern, blue-water carrier fleet.

CUSA does not involve Russia. It’s a joint venture with Ukraine’s state-owned shipyard at Mykolaiv, the birthplace of the Soviet Union’s carrier fleet. The carrier Kuznetsov is one of three survivors of the Soviet era and the only flattop in Russian service.

Ukraine inherited Varyag/Liaoning following the USSR’s collapse and sold her to China, which retrofitted her into a training ship.

The Type 001A, which is based closely on the Kuznetsov-class design, is China’s first domestically-built carrier and launched on April 26, 2017. China’s version of the class has a greater carrying capacity for aircraft, ammunition and fuel — and carries more advanced radars.

China’s carrier ambitions are proceeding at a brisk pace. The follow-on to the Type 001A, the 70,000-ton Type 002, is under construction at the Shanghai Jiangnan Changxingdao shipyard and should enter service in the early 2020s. She will displace some 10,000 more tons than her predecessor.

Instead of a ski ramp common to China’s two completed carriers, Type 002 will likely have catapults allowing her to launch heavier aircraft. The downside of ski ramps is that they limit the types of planes a carrier can launch, while also limiting their fighters’ fuel and bomb loads.

And as welders take to Type 002’s hull at Shanghai, China is practicing launching J-15 fighters from an electromagnetic launch system on a ground test runway. Right now, the only operational EMALS system exists aboard the USS Gerald R. Ford. An EMALS can accommodate planes which are heavier and lighter than steam catapults can manage — while also reducing wear and tear on aircraft.

However, China’s EMALS might not appear on an actual ship until the completion of the 90,000-100,000-ton Type 003 supercarrier to follow sometime in the latter half of the 2020s. By that time, China could very well be launching J-31 stealth fighters off their decks.

Not that China will rival the U.S. Navy — which currently operates 11 supercarriers and 10 amphibious assault ships — anytime soon. But a carrier fleet will still be a means to project power along China’s sea lanes and into the Indian Ocean, allowing for the kind of expeditionary operations at least on the scale that France and the United Kingdom practiced during the Cold War.

And with Babich’s services, China has tapped a source of expertise which can help make that happen — all the more important now, while Beijing transitions to building its own carriers, as opposed to adapting bought ones.

Robert Beckhusen is the Editor of War Is Boring. This article was first published on The National Interest and can be found here. Image credit: Wikipedia Commons