Economic Relations between China and ASEAN 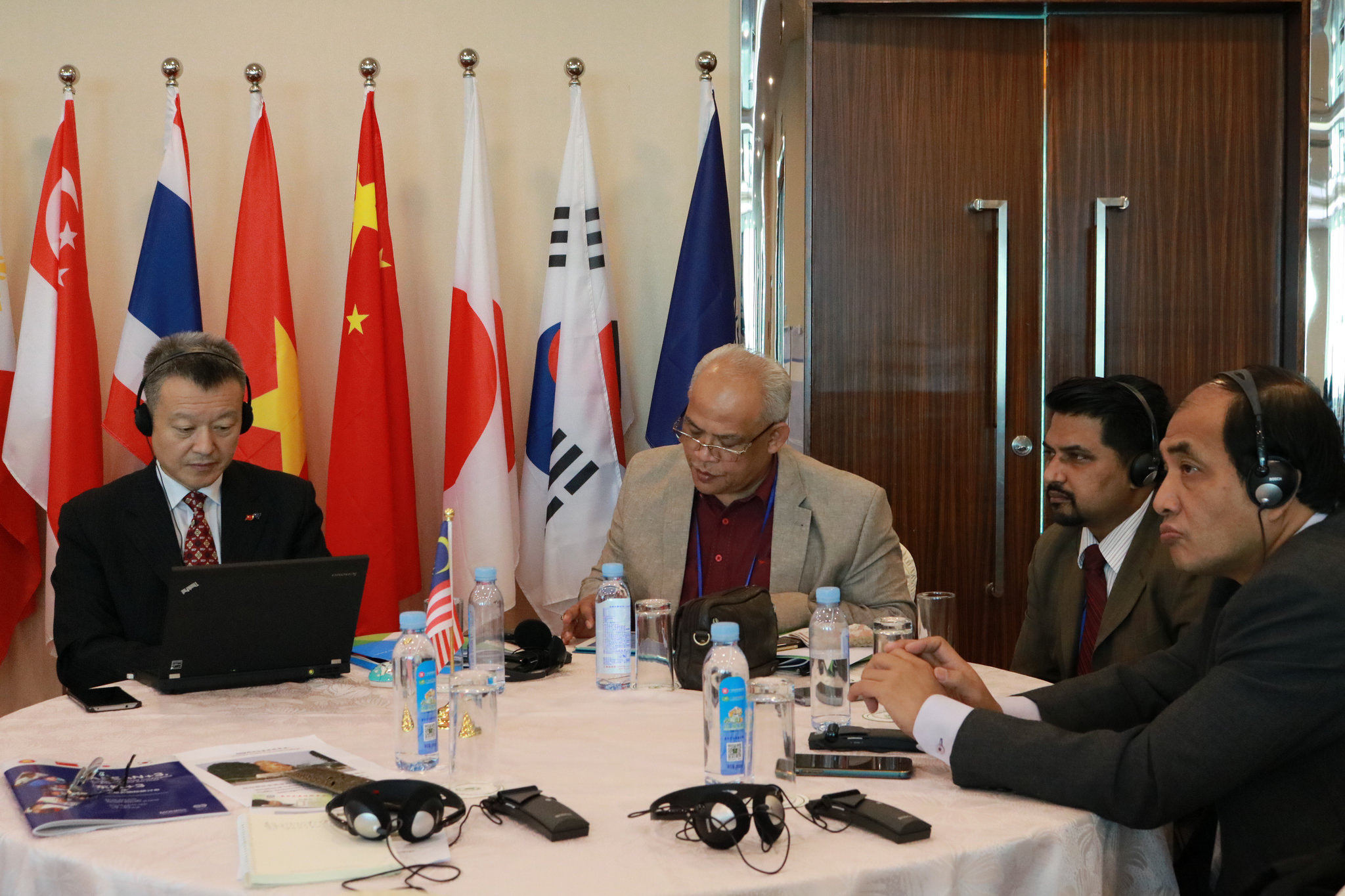 As the Association of Southeast Asian Nations celebrates its fiftieth birthday in 2017, it is striking how dramatically relations with China have changed over that half-century.  Initially, ASEAN was a grouping of non-communist nations in the frontline of the Cold War in Asia. In the 1980s and 1990s, the ASEAN countries moved to cooperation with Cambodia, Laos, Myanmar and Vietnam, and those countries joined the Association in the late 1990s. Meanwhile, China fought a brief but brutal war with Vietnam in 1979 and continues to have fraught relations with several ASEAN members with overlapping territorial claims in the South China Sea.

In contrast to ongoing political tensions, economic relations between China and ASEAN have flourished since the 1990s.  The reinvigoration of China’s outward-oriented reforms after 1992 and accession to the WTO in 2001 were key milestones. In the 1980s, China developed labour-intensive manufactured exports through simple operations, aided by joint ventures from the original new industrialized economies.  In the 1990s, China became involved in more complex value chains.  The process was publicized by Rone Tempest’ much reprinted article in the Los Angeles Times about the value-added in Barbie Dolls; although the package said Made in China, the doll was assembled from inputs produced in many Asian countries.

In the twenty-first century, the presence of regional value chains in East Asia has become more prominent, captured in the term Factory Asia.  The leading sector in this process is electronics, although the phenomenon is evident in other sectors.  Regional value chains may involve many participants, but the manufactured components for assembly in China come primarily from Southeast Asia.

Apple products are assembled in China by a Taiwanese firm, Foxconn. A large part of the value accrues to Apple for design and marketing, and to tech companies in the USA, UK, Japan and South Korea for patent use, but most of the material components come from Southeast Asia, especially Malaysia and Thailand. The hard disk drive industry, for example, is dominated by two US firms, Seagate with 45% and Western Digital with 40% of global sales. They employ over 45,000 workers in Thailand where over half of the world’s hard disk drives are produced; inputs are sourced from across Southeast Asia, and output sold to computer assembly plant in China.

Relations within value chains tend to be more stable than arms-length trading relations, but patterns do change. Vietnam is becoming a more significant participant in value chains, often replacing producers in eastern China where rising wages have eroded competitiveness. Cambodia is now providing some inputs to Thai firms, although the magnitude of such trade is still small. Singapore used to supply components, but increasingly is a supplier of the services needed to glue the supply chain. However, the changes are slow, and China’s position in Factory Asia remains central.

The policy counterpart to these developments has been agreements to reduce the costs of doing business along international value chains. China not only joined the WTO, but also signed the Information Technology Agreement, a voluntary plurilateral under which signatories agree to remove all restrictions on trade in electronic goods. Six ASEAN countries (Indonesia, Malaysia, Philippines, Singapore, Thailand and Vietnam) have also signed the ITA, which is an essential prerequisite for participation in electronics value chains.

Shortly after joining the WTO, China and ASEAN signed a Framework Agreement on Comprehensive Economic Cooperation in 2002. This was a precursor to the China-ASEAN Free Trade Agreement, China’s first FTA, that entered into force in 2010. Some steps had been implemented earlier, to reap an early harvest. By 2018 all tariffs will be eliminated on goods trade between China and the ten ASEAN countries. Tariff elimination is not the centrepiece because much trade between ASEAN and China was already tariff-free. The FTA involves deeper integration by also including services and foreign investment, as well as measures aimed at trade facilitation. Goods trade between China and ASEAN increased from under $40 billion in 2000 to over $480 billion in 2014 and is forecast to reach $1,000 billion by 2020.

The ASEAN-China FTA was followed by ASEAN FTAs with South Korea, Japan, Australia and New Zealand, and India. The ASEAN+6 group is currently negotiating a Regional Comprehensive Economic Partnership (RCEP) agreement, which would consolidate and harmonize these FTAs. Whatever happens to RCEP, it is clear that China is number one among ASEAN trading partners, and China’s centrality in Factory Asia is the reason.

China is working to reduce trade costs and strengthen trade ties with Southeast Asia through infrastructure investment. Two corridors, road and rail, between Nanning and Singapore are planned, as well as an upgraded Kunming-Bangkok Expressway, and other rail projects. Following the 2010 ASEAN-China air transport agreement, more frequent flights are connecting more cities in China to Southeast Asian destinations. The 2013 announcement of the One Belt One Road Initiative highlighted the importance of China’s commitment to infrastructure investment, and creation of the Asian Investment Bank promised funding to Southeast Asia.

In sum, and in contrast to political news that often portrays China and Southeast Asia in conflict, economic relations have flourished since the 1990s. This is firmly founded on a bottom-up identification of cost-reducing regional value chains that span ASEAN countries and China. Policy, such as the ITA and FTA, has helped, but largely by reinforcing developments already in train. Occasionally, Chinese investment in Southeast Asia has encountered opposition, based on xenophobia or fear of being over-run by a much larger neighbour, but the overwhelming trend is of rapidly growing trade and investment links, often related to regional value chains; few ASEAN (or Chinese) leaders are willing to exclude their country from this development.

Dr Richard Pomfret is Professor of Economics at the University of Adelaide. He was Professor of Economics at the Johns Hopkins University School of Advanced International Studies in Washington DC, Bologna (Italy) and Nanjing (China) and previously worked at Concordia University in Montréal and the Institut für Weltwirtschaft at the University of Kiel in Germany. He has acted as adviser to the Australian government and to international organizations such as the World Bank, Asian Development Bank and United Nations Development Programme.  Image credit: CC by ILO in Asia and the Pacific/Flickr

Xiamen BRICS Summit: The View from Russia
The Role of Provinces in China-ASEAN Economic Co-operation