Something Is Changing in Hong Kong Cinema: 4+1 Filmmakers Who Prove It

Home /Uncategorized/Something Is Changing in Hong Kong Cinema: 4+1 Filmmakers Who Prove It 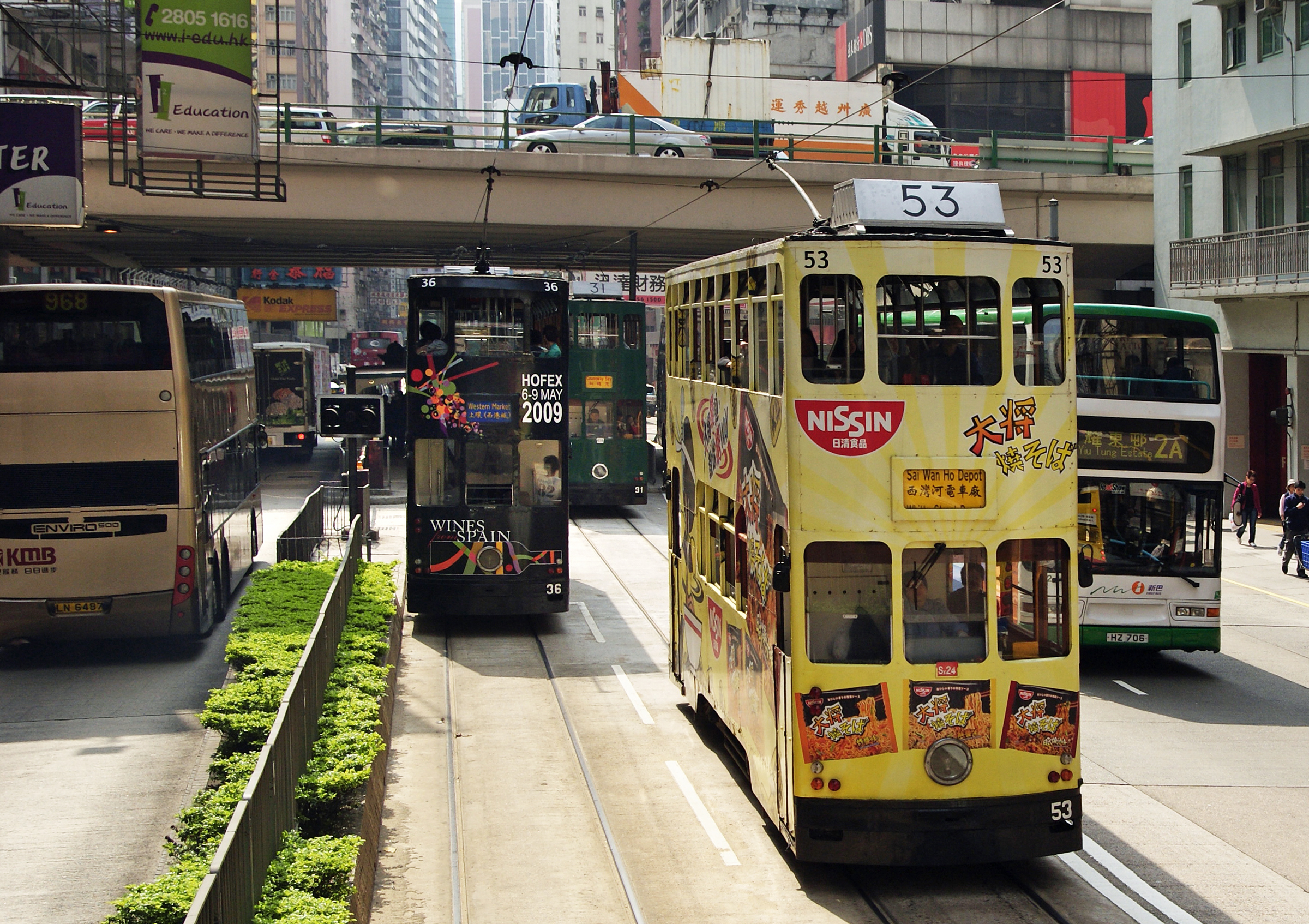 In an article published by the South China Morning Post in February 2016, Vivienne Chow highlighted the problems Hong Kong cinema is facing at the moment. The rise of the mainland Chinese film market has drawn funds and filmmakers from Hong Kong (Tsui Hark and David Chow for example) to the point that the local industry produced a meagre 59 films in 2015.

This number pales in comparison with the 300 per year that was the norm in the 90s. At the same time, superstars of the past, like Chow Yun-fat, Tony Leung Chiu-wai and Maggie Cheung Man-yuk have not yet found their contemporaries. Furthermore, the master filmmakers of the past (John Woo, Johnnie To, Wong Kar-wai, etc), who have also failed to shoot films of the same quality as their earlier masterpieces. This is manifest in the international festival circuit, where Hong Kong productions have a limited participation, and rarely win any prizes, particularly at the major competitions of Cannes, Venice and Berlin. Wellington Fung, secretary-general of the Hong Kong Film Development Council, concedes that there is a ’20-year gap’ and that ‘our young talents have not reached that level yet’.

However, this crisis has also brought some beneficial changes in the industry. As stated in the same article, the Film Development Council launched the First Film Initiative in 2013 to support first-time filmmakers, (it is now in its fourth edition), while young filmmakers working on low-budget projects also received some funding. This course of action, along with the freedom the low-budget productions seem to present to the filmmakers, has led to a number of very interesting movies in recent years. These films tell genuine Hong Kong stories and confront the reality of the country with sincerity, no pulled punches, and occasionally even manage to have commercial success.

Although Hollywood films (Beauty and the Beast, Fast and Furious 8, etc) and local blockbusters (Shock Wave, Journey to the West: The Demons Strike Back, etc) continue to dominate the box office, something seems to have changed in Hong Kong cinema. As Wong Chun, director of Mad World stated,  ‘It is a positive factor to have new and young directors, but of course, it is not enough yet. However, I think that it is going to work eventually, because it has to, since we are facing the challenge of other Asian countries, which create better, more creative and more quality films. Hong Kong does not hold the place it used to in Asian cinema, and we have to answer this challenge. I don’t think HK cinema will disappear, it will find its way. We are changing, and although these changes are not immediate, I remain optimistic.’

Probably the first film to incorporate the aforementioned characteristics is Ten Years (2015), an omnibus headed by Ng Ka-Leung and consisting of five segments, each with its own director and cast. The film portrays how Hong Kong will be in ten years if the mainland’s tactics continue. Despite the fact that it was produced on a budget of merely HK$500,000 (US$64,000), with a cast and crew mainly comprised of volunteers, ‘Ten Years’ was one of the most successful films of recent years. This achievement was driven by controversy and the film eventually grossed a total of HK$5,377,915, according to Box Office Mojo.

Highly critical of the mainland’s efforts to assimilate Hong Kong with the rest of China, it has been continuously banned or censored. However, this effort actually helped the film gain more exposure internationally. The film’s five parts deal with some key consequences of the growing influence of the Mainland in Hong Kong, namely employment and public housing, the extinction of cultural inheritance, the change of the language, the law, and commerce. All of the segments are quite pointed in their remarks, as they present the doubts and anxieties of the Hong Kongers regarding the upcoming changes.

One of the first recipients of the First Film Initiative, Wong Chun, along with scriptwriter Florence Chan, tackled a rather difficult theme in their debut. Mad World (2016) deals with bipolar disorder in a low budget film that has already received a number of awards, both Chinese and international. The film is a genuine drama that takes a sensitive but realistic look at the bipolar disorder, presenting the consequences the illness has on both the patient and the people around him. At the same time, Chun makes a poignant comment on the housing problems of a plethora of people in Hong Kong, who live in 2×2 rooms, due to the exorbitant rates or rents and overpopulation.

Andrew Wong Kwok-huen, also in his debut film With Prisoners (2017), presents a very harsh critique of  the correctional facilities in the country, particularly the ones for juvenile offenders, which are considered (as stated in the movie) much worse than those for adults. The living conditions are truly hellish, which leads many of the convicts to despair and even commit suicide despite the relatively small time of incarceration (a few months). The correctional officers are portrayed as true villains, who repeatedly state that they consider the inmates scum with no chance of rehabilitation, thus justifying their despicable behaviour, at least to themselves. The impact this kind of ‘rehabilitation’ has on the prisoners is the central theme of a film, which, occasionally, becomes brutally realistic.

Evidently, Vampire Cleanup Department (2017), by Yan Pak-Wing and Chiu Sin- Hang, does not follow in the footsteps of the aforementioned titles, since the story is anything but realistic, focusing on a team trained to face vampires. However, the film incorporates a rather refreshing perspective of mocking and parodying every concept of Hong Kong horror, action, and CATIII movies, starting with the depiction of the vampires and stretching to the martial arts sequences. In that fashion, the two filmmakers prove that the legacy Stephen Chow left with films like Shaolin Soccer and Kung Fu Hustle could continue.

This article would not be complete without some reference to Pang Ho-Cheung, who, despite being active since the beginning of the 21st century, and is not exactly part of the new generation of filmmakers, has become famous during the last decade. His films reinvigorated a number of genres by using realistic themes at their base. His trilogy Love in a Puff (2010), Love in the Buff (2012), Love Off the Cuff (2017) uses the smoking-prohibiting laws to portray a large part of the contemporary Hong Kong society realistically, revitalizing the romantic comedy genre in the process. Dream Home (2010) does the same to CATIII slasher films, using the housing issues, and Vulgaria (2012) the crude, slapstick comedy using the entertainment industry.

All of the aforementioned films have their faults, but this is to be expected given the relative inexperience of the filmmakers. The directors mentioned still have a way to go before they manage to produce movies equal to the masterpieces of the past. However, their original ideas and stories, the will to portray Hong Kong as it actually is, and the more than evident creative potential provide a definite guaranty that local cinema will find its way again.

Panagiotis Kotzathanasis is a film critic and reviewer specialising in East Asian Cinema. He is the founder of AsianFilmVault and regularly writes for. Taste of Cinema, Han cinema, Asian Movie Pulse and Eastern Kicks. Image Credit: CC by Bernard Spragg. NZ/Flickr.

Marrying Out, Marrying Up, and Not Marrying
A Gendered Reading of China’s Two-Child Policy