Will Modi's disruptive approach to foreign policy pay off? 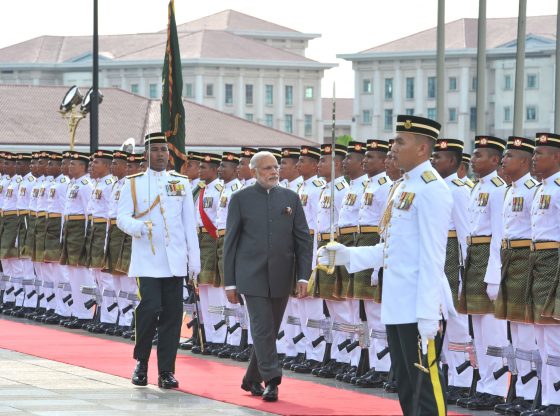 There is a genuine fear that the significant uncertainty impacting the global environment could escalate into a major international crisis. Human behaviour relies on a level of predictability and when that is taken away, risk increases dramatically. It is a matter of deep concern because global order faces the very real prospect of disruption and conflict.

China’s hegemonic policies, President Donald Trump’s advocacy of an ‘unpredictable foreign policy’, the current crisis in the Gulf, an alarming increase and spread of international terrorism, the near-collapse in multilateral negotiations on issues of global significance and a slowdown in global economic growth are some of the causes for considerable alarm. Each injects significant unpredictability in terms of how they would be resolved and more importantly, when.

There is a perceptible shift in India’s approach to foreign policy. At a time of global uncertainty, a departure from old ways of seeing is a strategic decision and choice. It is said that what we see depends on where we stand. Perceptions, in other words, matter. They determine response. Strategically disrupting established perceptions could become game-changers.

The grand challenge confronting diplomacy is how nation states would negotiate their strategic interests in a world where international relations is increasingly defined by chaos, disorder, decline and conflict. It is a matter of significant anxiety for India as well, because failure to deftly negotiate the complex terrain could seriously impact its aspirations.

From the day Narendra Modi assumed office as Prime Minister, he saw the need for a paradigm shift in the way international relations had hitherto been approached by the Ministry of External Affairs. His unexpected invitation to his counterparts from the neighbourhood departed from established norm. In doing so, he broke from convention and set the tone for the manner in which he would approach India’s relations with the world.

‘Approach’ is a combination of ‘strategy’ and ‘implementation’. In other words, it is not just doing the right thing but in doing the thing right. The first step, however, while defining one’s approach, is to know what one is aspiring for. Capablanca, the great Cuban chess prodigy, who was world chess champion from 1921-27, would advise young chess enthusiasts that, from very first move on the chess board, the player needed to know how he envisaged the ending of the game. Objective, in other words, defines strategy, while strategy achieves the objective. This is an intertwined relationship.

What it fundamentally requires is breaking out of the status-quo trap, where time-tested interventions and patterns of behaviour are perpetuated and change is resisted, even institutionally. However, we know that the performance of horse carriages as a mode of transport was not enhanced simply by continuing to add more horses but rather by replacing the horse carriages through the invention of the automobile and the railways and then, flying machines. Professor of Business, Oren Harari, put it wonderfully when he said, ‘The invention of the light bulb did not come from the continuous improvement of candles.’ Indeed, the very approach to the problem needs to be disrupted.

This is precisely what Prime Minister Modi is attempting. If we assume that the essence of foreign policy lies in furthering a nation’s vital interests through policies that are principled, pragmatic, strategic and outcome-driven, the approach is as important as the objective. The means, in other words, reflect how the end would be perceived and are, thus, equally important.

To achieve his strategic vision, Modi opted for his own distinctive approach: first, he chose to place greater emphasis on personal equations and second, he opted to be disruptive and unpredictable and, if required, unhesitatingly forceful. Both depart dramatically from the approach adopted by his predecessors.

The results, so far, have been encouraging. India’s sagging international image during the UPA 2 tenure has, undoubtedly, seen a dramatic revival. The Prime Minister’s personal outreach and strategically designed approach in establishing personal equations with world leaders has been reciprocated substantially. Both, with US President Barack Obama and more recently, with President Trump, this was visibly apparent, as was his disruptive initiative in reaching out to Israel. These were paradigm shifts in approach.

Most certainly there have been failures: two, in fact, and neither came as a surprise -Pakistan and China. But history will document that in both cases, he had personally reached out, and repeatedly, with warmth and a genuine desire in seeking peaceful co-existence and growth. In Pakistan’s case, it went against the military’s raison d’etre. In China’s case, it was in contradiction to its avowed principles of regional hegemony and unfettered expansionism. India, in their perception, was simply standing in the way.

Beijing has been promiscuously belligerent. Islamabad, similarly, has continued its support for cross-border terrorism shamelessly. These were, at best, calculated miscalculations on PM Modi’s part. No one, not even he, for once believed that there would be such a dramatic turnaround in the way Islamabad and Beijing perceived India.

Consequently, both in terms of the ‘surgical strikes’ in Pakistan occupied Kashmir and with regard to the current standoff with China, India’s response has been along unpredictable lines, including its decision to resort to force, where required. Neither was envisaged in the strategic calculus of Islamabad or Beijing.

There is a perceptible shift in India’s approach to foreign policy. At a time of global uncertainty, a departure from old ways of seeing is a strategic decision and choice. It is said that what we see depends on where we stand. Perceptions, in other words, matter. They determine response. Strategically disrupting established perceptions could become game-changers.

Strategy requires the understanding of two vital components: intention, including perceived intention, and realization. Disruptive strategies work provided this is kept in mind. After all, no chess player sacrifices a Rook to win a Pawn, unless the sacrifice leads to the intended checkmate.

We live, as the Chinese wise men euphemistically reminded us a long time ago, in ‘interesting times’. They were, in fact, referring to times that were stressful and chaotic.

How precisely PM Modi’s disruptive approach to bilateral relations would pan out remains to be seen. For the moment, it appears to be furthering India’s core interests. Finally, that is the only thing that matters.

Amit Dasgupta is a former Indian diplomat and the India Country Director at the University of New South Wales (UNSW). He tweets at @amit_adg. This article was first published on the South Asia Monitor and can be found here. Image credit: CC by Narendra Modi/Flickr.