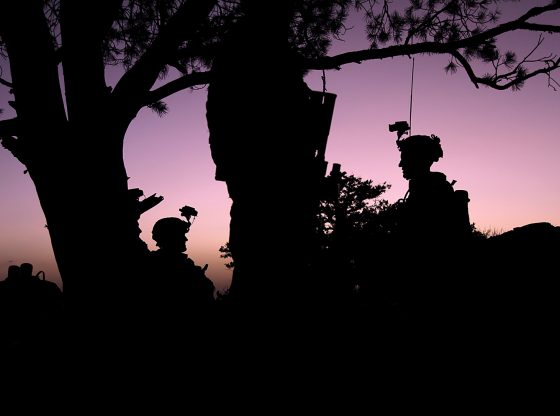 It is summer, and what has been the pattern over the past decade, the season of madness is upon us. Pakistan has intensified its attempts at infiltration of proxy militants into Kashmir through the subterfuge that the attackers are “freedom fighters”.

This year China too decided to openly support assaults on India by intrusions into one of the most sensitive segments of the Line of Actual Control (LAC) – the dagger-shaped protrusion of the Chumbi Valley between India’s north-eastern state of Sikkim and Bhutan. It gives easy access to the slender lifeline, the Siliguri Corridor in north West Bengal, connecting the northeast to the rest of India.

The Chumbi Valley was the epicentre of the Chinese attack in 1962 (it is the same tri-junction between Sikkim, Bhutan and China –seated at the dagger point– that has now been reactivated by Beijing). The obvious intention is to prove to the world that India is incapable of being able to defend its closest neighbour Bhutan

The spectre of a “two-and-a-half front war”—a collusive simultaneous China-Pakistan series of thrusts across the 4,056 km LAC along the northern foothills of the Himalayas and the 705 km Line of Control (LoC) in Jammu and Kashmir (J&K), coupled with a series of cross-border terrorist strikes has, it seems arrived.

China has been warning India of the “lessons of history” – a bald reference to the devastating attack across the Himalayas in 1962. At least once it threatened to arrive in New Delhi within a few hours! Published reports indicate that Beijing enjoys a massive superiority in both land and air forces and an ability to deploy up to 30,000 troops anywhere along the Line of Actual Control within a few days, because of its developed network of roads, bridges and forward landing strips.

This time, as Defence Minister Arun Jaitley said, “It is a different India” and New Delhi is better prepared. It has inducted around 100 T-72 main battle tanks and refurbished and made operational forward airbases and Advanced Landing Grounds (ALGs) in both the Ladakh sector of Jammu and Kashmir in the west and the Arunachal Pradesh salient in the east.

The terrain in the west allows the use of heavy armour. This gives the local commander the option of using these assets either in attack, to break up Chinese troop concentrations wherever sighted, or to dig in and fight a defensive battle to deny the Chinese the kind of swift deep penetration it managed in 1962.

Learning from the Kargil experience, India has made arrangements for artillery backup in the shape of the remnants of the original Swedish-made Bofors 155 mm howitzer, the indigenously designed and developed (and further improved in terms of range and accuracy) ‘Pinaka’ multi-barrel rocket launchers and the Russia-built ‘Smerch’ triple-launched rockets. In combination these can lay down a close-spaced barrage within a predetermined “kill zone,” or even in a fast-changing battlefield monitored by forward-based artillery observers.

To largely offset the absence of the same type of infrastructure as on the Chinese side, India has reactivated ALGs in J&K as well as in Arunachal Pradesh. The apparent intent is to be able to obviate the absence of arterial roads and yet be able to redeploy significant numbers of troops either with fixed winged aircraft or helicopters.

Capturing and holding territory in a landscape that looks like the moon is a difficult objective. The better alternative is to hold ground and stop the Chinese in a pre-designated “kill zone” dominated by the direct-fire capabilities of the T-72 tanks and the Pinaka rockets.

The activisation of forward air bases and ALGs in the close vicinity of the Central Sector of the Line of Actual Control vis-à-vis China will ensure immediate close air support either through a process of combat air patrols or by a requisition by the local army commander.

The combination of static and mobile (airborne and ground-based) defences is designed to ensure that the territorial integrity of Uttarakhand, Himachal Pradesh and Ladakh in J&K bordering the Tibet Autonomous Region, remains inviolate.

The Indian artillery units proved their worth in a more daunting landscape during the Kargil war with Pakistan. With assured air superiority by the Indian Air Force the possibility of stopping the Chinese in their tracks is exponentially brighter than it was in 1962.

In the Arunachal Pradesh sector where the terrain makes it difficult to deploy tanks, the holding action by India will perhaps have to be conducted by the Bofors howitzers, the Pinaka rockets and the Russia-made Smerch rockets.

The Chumbi Valley was the epicentre of the Chinese attack in 1962 (it is the same tri-junction between Sikkim, Bhutan and China –seated at the dagger point– that has now been reactivated by Beijing) The obvious intention is to prove to the world that India is incapable of being able to defend its closest neighbour Bhutan (and hence cannot be expected to provide security to the nations bordering the South China Sea).

This is a tactic Chinese President Xi Jinping has been using to needle India. It needs to be recalled that even while he was sitting on an ornate swing with Indian Prime Minister Narendra Modi near (Mahatma) Gandhi’s Sabarmati Ashram in Ahmedabad, during his 2014 visit, the Chinese PLA had intruded several kilometres into the Chumar section of J&K. It is inconceivable that Xi, General Secretary of the Communist Party of China, President of the People’s Republic of China and Chairman of the Central Military Commission – the most powerful man in China –did not authorize the intrusion at that time to underscore his message to India.

Indian preparations for the defence of Arunachal Pradesh include artillery emplacements aimed at the Chumbi Valley daggerpoint to break up any Chinese concentration. The activation of seven Advanced Landing Grounds in Tawang, Walong, Mechuka, Vijoynagar, Tuting, Passighat, Ziro and Aalo will facilitate landings by Hercules C-130J transporters. These are backed up by the stationing of Sukhoi-30 aircraft at Chabua and Tezpur airfields in Assam.

On the ground indications are that, as at Ladakh, a network of artillery systems is being laid down to counter Chinese troop concentrations in the Chumbi Valley. A clear eye will also have to be kept to prevent the Chinese from breaching Bhutanese sovereignty and launching an attack through Bhutan.

To be able to deal effectively with this two front war, India will have to ensure that the proposed Mountain Strike Corps is raised to its full battle order with its full complement of manpower and weaponry.

The “third force” – the jihadi terrorists in J&K – which both the Pakistanis and Chinese have designated as their vanguard, have shown signs of transformation from the purely guerilla force to a more conventionally organized military organization.

Photographs of up to 30 to 40 terrorists in groups imply that they are now operating in platoon strength. In earlier seizures, weapons have been recovered from underground caches capable of accommodating up to 40 persons. That they are now operating from behind the stone-pelters is obvious from their presence in large numbers at funerals of their colleagues. Gun salutes indicate their orientation.

Simultaneously, India has the option to send out clear signals to Pakistan that it has some “unfinished business” in the Shakargarh Bulge that protrudes into India, through which terrorists hit the Pathankot air base.

The Shakargarh Bulge was the scene of a deep-penetration thrust by Indian troops into Pakistan that stopped near the communications hub at Narowal after the abject surrender by Pakistan and declaration of ceasefire by India on 16 December 1971. The Akhnur and the Uri-Poonch bulges are still being used to push in Pakistani army regulars disguised as “Kashmiri freedom fighters”.

Many in the Indian defence establishment think it is time to let the Indian Special Forces go get ‘em in a replication of the “surgical strikes” last September launched after the terrorist attack on Uri.

Cecil Victor is a writer and commentator with the Indian Defence Review. This article was first published on the South Asia Monitor and can be found here. Image credit: CC by Afghanistan Matters/Flickr.

Bride Price in China
The Rise of Barelvi Extremism in Pakistan