Doklam aftermath: India cannot afford to let its guard down 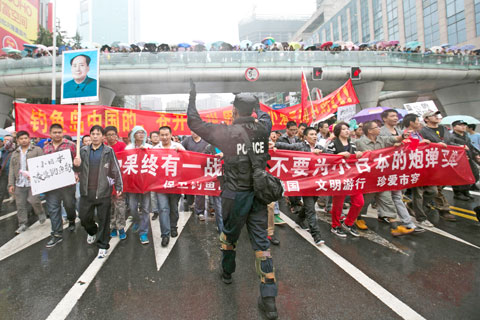 Both India and China confirmed their decision to mutually disengage from Doklam, bringing the over two-month old military stand-off between the two Asian neighbours to a peaceful resolution.

While it is a diplomatic, political and strategic victory for India, the credit must go to the leadership of both countries for sending a powerful message that diplomacy is the best tool to resolve mutual differences. India’s assertion that every difference need not turn into a dispute has been realised and accepted by the Chinese as well.

China could ill afford to open a front in any other sector because it would be labelled an aggressor, a title China does not want, keeping in mind its international ambitions. Though there is a huge gap in the balance of trade between the two countries, certain economic measures initiated by India also had a positive impact on the Chinese change of heart.

“In recent weeks, India and China maintained diplomatic communication in respect of incidents at Doklam. We were able to express our views and convey our concerns and interests.  On this basis, expeditious disengagement of border personnel at the face-off site at Doklam has been agreed to and is on-going,” read the MEA statement announcing the end of the standoff.

The Indian leadership and the diplomatic corps deserve credit for maintaining a steadfast stand during the crisis, despite grave provocations. The Chinese tried their best to bulldoze their way through coercion, threats and other elements of Asymmetric Warfare.

The psychological warfare was mounted with full gusto. The state controlled Chinese media and the propaganda wing of the People’s Liberation Army (PLA) played a significant role in drumming up war hysteria. China had insisted on withdrawal of Indian troops as a pre-condition for any dialogue or negotiations. India stood firm on the need for simultaneous withdrawal by both sides.

The calm displayed by the Indian leadership unnerved the Chinese who, in their effort to bully India, threatened war, interference in Kashmir and promoting insurgencies, but the Indians remained steadfast on a resolution through dialogue.

Now that the Chinese have submitted to the Indian will, it displays their strategic maturity because only a well planned exit strategy would have enabled them to announce the mutual withdrawal of forces from the disputed territory. Though, Doklam is in Bhutanese territory, India can ill afford to bargain the strategic advantage it enjoys in the area. The Indian diplomatic victory in Doklam will enhance the image of India among its neighbours and other friendly countries who will view India as a dependable friend/ally.

While the reasons for a change in the Chinese stance are unclear, an obvious one is the Chinese realisation that PLA was not fully trained for a war. PLA is undergoing large-scale reforms and reorganisation, including a purge of senior officers. It is thus in a state of flux and the Chinese leadership was not very confident of its war fighting capabilities, particularly of its Air Force and Navy. President Xi Jinping could hardly afford a military debacle particularly when he was not on a firm wicket domestically and the clouds of forthcoming 19th party Congress in October were hovering overhead.

The Chinese leadership also conceded to the fact that India enjoyed both geographic and strategic advantage in the area of dispute. The onset of the winter was also on the horizon and life on the plateau during these months is a nightmare.

China could ill afford to open a front in any other sector because it would be labelled an aggressor, a title China does not want, keeping in mind its international ambitions. Though there is a huge gap in the balance of trade between the two countries, certain economic measures initiated by India also had a positive impact on the Chinese change of heart.

The firmness shown by Bhutan and the astute leadership displayed by the Bhutanese royalty (both the present King and his father His Royal Highness Jigme SingyeWangchuck) also deserves mention.

Another major factor playing on the mind of the Chinese leadership was the BRICS summit in the Chinese city of Xiamen on September 4 and 5. In a deft diplomatic move, India did not confirm the attendance or otherwise of the Indian Prime Minister Narendra Modi until the mutual disengagement was announced. China could ill afford the absence of Indian Premier in the summit because of the overhang of Doklam.

As it turned out, Modi and other BRICS leaders attended the summit, which was held in a friendly atmosphere. The leadership of India and China met bilaterally and discussed measures to ensure such incidents did not occur to mar their future relations.

It is quite well-known that, unlike his predecessors who believed in ‘leaving the matter for future generations to resolve’, Xi is keen for early resolution of the border dispute between the two giant neighbours. A positive impact of the resolute Indian stand at Doklam is that China will be wary in dealing with India during future negotiations on the boundary dispute.

Whatever may have been its compulsions, internationally the disengagement at Doklam will be viewed as a climb down by China. China is known not to eat a humble pie so easily. The message that goes to smaller countries is that China might not back its threats with substantial action. Will China be ready to accept virtual de-recognition as the sole major power in Asia and accept India’s challenge as a growing regional power and its competitor in the region?

Will this encourage smaller countries to start looking China in the eye to withstand its bullying tactics and will China be willing to accept this position? These are a few questions Indian planners and policy makers will have to keep at the back of their minds and ensure that India does not become complacent.

India must relentlessly continue on its mission of capacity and capability building against China. We have to match China both in logistics infrastructure and asymmetric warfare capabilities.

It would be appropriate to quote Gen Bipin Rawat, India’s Chief of Army Staff: “The recent stand-off in the Doklam plateau by the Chinese side attempting to change the status quo are issues which we need to be wary about, and I think such kind of incidents are likely to increase in the future.”

It would be premature to comment on China’s intent, but going by the past experience India can ill afford to let her guard down.

Anil Gupta is a Jammu based columnist, strategic and security analyst. He can be contacted at anil5457@gmail.com. This article was first published on the South Asia Monitor and can be found here. Image credit: CC by Eielson Air Force Base/Flickr.