Singapore and the Terror Threat Landscape 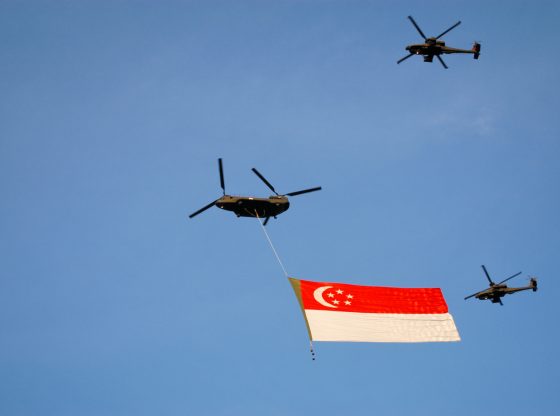 Emergent threats enveloping Southeast Asia endanger not just regional stability, but may be a harbinger of the so-called Islamic State’s afterlives.  A critical facet is the potential spillover threat from the underground railroad of Southeast Asian foreign fighters coming back to the region from Syria and Iraq, as well as regional extremists lured into the fray. Some of these have Marawi (the conflict in the southern Philippines is still ongoing at the time of writing) in their sights, while others may have the distant reaches of Indonesia (in particular Poso in Sulawesi). Yet others may be sizing up the deteriorating situation in Rakhine state in Myanmar. The latter theatre in particular has been highlighted by recent ISIS propaganda, especially through casting the conflict as one of Muslims being persecuted by nationalist Buddhists. Extremist groups from both Southeast and South Asia are also seeking to leverage on the instability there, with the issue (in particular the notion of going to Myanmar to do “humanitarian” jihad) cropping up with increasing frequency in their online propaganda. Already, there have been reports that Malaysian fighters are now in Rakhine state with the intention of doing precisely that.

What would an attack with mass casualties (particularly one carried out by Singaporean extremists) mean for the body politic and the delicate fabric of communal relations.

Singapore has thus far escaped the worst, but the gains made by ISIS in Southeast Asia (with Marawi and Rakhine serving as eastern and western flanks respectively) suggest that Singapore cannot remain untouched by events unfolding nearby. Singapore has occasionally been mentioned in ISIS propaganda as part of the anti-ISIS “crusader coalition”, with the Home Affairs Ministry revealing in June 2017 that ISIS elements had plotted two attacks in Singapore. Late September 2017 saw the first time a Singaporean featured in an ISIS recruitment video. This individual, Abu Uqayl, real name Megat Shahdan Abdul Samad (hitherto completely unknown to the public, but apparently known to the security services) called for jihad, specifically urging fighters to come to East Asia (the term which ISIS has increasingly used to describe Southeast Asia). Given these developments, policymakers and security experts have been open in acknowledging that it is a matter of “when, not if” a terrorist attack takes place in the country.

Analysis of the accumulating evidence also suggests a quickening of the tempo of radicalisation in Singapore. While it used to take around 22 months for people to become radicalised, the timeline has been shortened to nine months in the ISIS era. And while eleven individuals were detained under the preventive Internal Security Act (ISA) between 2007-2014, there has been a significant rise subsequently, with the period from 2015-2017 alone seeing a further fourteen radicalised individuals detained.

Crucially, new types of individuals are being radicalised. In 2017, two Singaporean men who were auxiliary security officers were arrested – this was of concern given their access to arms and sensitive installations (the two in question had been deployed to man the Causeway Checkpoint at the border with Singapore). In another development, the authorities announced in 2016 and 2017 the detention of female Singaporeans who had been radicalised. One woman, an infant care assistant, had been radicalised by online ISIS propaganda and planned to make her way to Syria at the time of her arrest. A second woman, whose detention was announced in September 2017, had initiated and maintained contact with foreign fighters through online channels.

Unsurprisingly, authorities have repeatedly enjoined friends and family members who spot signs of radicalisation to share their concerns. This has happened in some cases, but not in others. For instance, in June 2017, authorities took the unprecedented step of releasing a paper detailing the worsening regional security situation and the terror threats against Singapore.  The fact that some radicalised Singaporean family members had knowingly withheld information either out of denial or in a misguided attempt to protect their loved ones featured prominently in the analysis.

Singaporeans make up only part of the story.  The period from 2015-2017 has seen the arrests of radicalised foreign construction workers (from Bangladesh) and also foreign domestic workers (from Indonesia).  There were also threats aimed at Singapore  – most notably an alleged plot by extremists based in the nearby Indonesian island Batam in 2016 to fire a rocket at the iconic Marina Bay area in downtown Singapore. The plot at the time of interdiction was more aspirational than concrete, but the alleged mastermind, Bahrun Naim, was a credible figure, and in fact a key facilitator in the Indonesian contingent of fighters in Syria.

The near-certainty that someone – local or foreign – is eventually going to get through is not unconnected to security discourse moving over the years away from “prevention” to a focus on the “bouncebackability” of society. This also touches on questions, increasingly discussed in the public sphere, on what an attack with mass casualties (particularly one carried out by Singaporean extremists) would mean for the body politic and the delicate fabric of communal relations. Several measures aimed at shoring up social resilience and promoting inclusiveness have been in evidence. The government has been particularly active in working against hate speech and the rise of intolerance. Religious preachers (not just Muslim ones) known to have either supported hate speech or made comments denigrating other faiths have been banned from entering Singapore, and there are also indications that laws concerning hate speech or actions that could upset religious sensitivities will be strengthened even further.

While top-down approaches have their utility, they can only go so far. There has been a clear realisation on the part of government that the people need to be increasingly involved.   A massive, nationwide initiative called SgSecure, launched in 2016, has served as the rallying point, seeking to bring together individuals in the face of the threat: promoting vigilance, and also building cohesion in preparation for “day after” scenarios. SgSecure also represents a refresh of an older programme with a similar purpose, the Community Engagement Programme, inaugurated in 2005.

In the end, the precise manner in which Singapore endures through an attack will be determined not so much by government reaction as by the societal response and the resilience of the people.