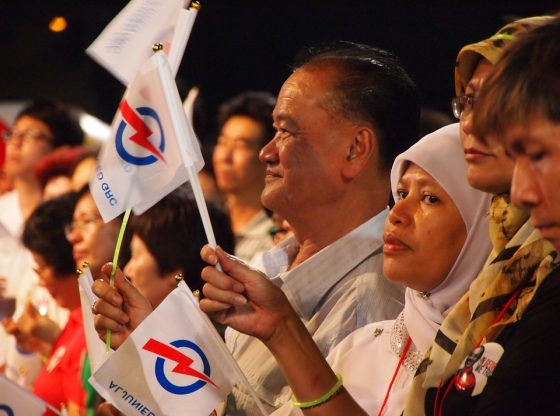 The preferred official paradigm for governing Singapore tends to be centrist. In practical terms, this means neutralising the raw anger in expressions of Singaporean nationalism, or making political campaigning soulless. Politics is officially preferred to be continuously stable and always rational in respect of the national interest.

Within this mindset, Madam Halimah Yacob was announced on the 13th of September, 2017, as the eighth president of the young republic and the fifth to assume the highest political office in the country since the start of the ‘elected presidency’. In many ways, this election has been characterised by a postmodern-sense of multiple planes of reality and rival claims of legitimacy. All of these rival regimes of reality are equally valid. Yet, they also offer salutary lessons about the future of Singapore’s presidency under this revised electoral system.

Viewed amidst a Southeast Asia climate that is riven by a visible temptation to re-embrace authoritarian politics (as exemplified by Cambodia, Thailand and the Philippines) and potential backsliding in inter-ethnic and inter-religious relations (witness Indonesia, Malaysia and Myanmar), Singaporeans still have much to cheer about.

The elected presidency was implemented in 1991 under then Premier Lee Kuan Yew’s tenure after considerable parliamentary debate. It was justified on the grounds that the wealthy city-state needed a ‘second key’ to protect the national financial reserves from being squandered by an elected but reckless future government. Under this system, the president enjoys the right to veto key public service appointments, veto restriction orders issued by the police against persons deemed to be disturbing racial and religious harmony, and reject detention orders under the still existing Cold War-era Internal Security Act. In exercising their veto or assent, the president must consult an independently constituted Council of Presidential Advisers drawn normally from the pool of sitting and former civil servants and heads of government-linked companies. The president also continues with all of the symbolic functions instituted since the day of Singapore’s independence: multiracial and multi-religious unity and the projection of the transcendental prestige of the Singapore state.

On the run up to nomination day, this policy was reinforced on the main government website with a statement noting ‘the President should remain above the political fray. It is not his/her role to support or oppose the Government of the day or to advance his/her own agenda or policies.’ It also stated that candidates eligible for the elected presidency must be persons of good character, integrity, and have previously held high public office. Alternatively, if the candidate hails from the private sector, he or she ‘must have served as the chief executive officer for a minimum of three years, of a company with at least S$500 million in shareholders’ equity.’ In short, the elected presidency is intended by its drafters – principally, the People’s Action Party (PAP)-dominated parliament – as something more than a figurehead and something less than a fully executive president. They should work for Singapore’s national interests, safeguard the national reserves, try to work with the government of the day, and oppose legislation only when it comes to an egregious misuse of budgetary planning and high level appointments by the elected government of the day.

In its latest 2016 ‘upgrade’, the election of the president must institutionally factor in an ethnically-based rotation of its office holder. The carefully scripted words of the government again deserve quotation in this regard: ‘Elections are generally open to prospective candidates from all races. However, to ensure multi-racial representation in the Presidency, an election for the office of the President will be reserved for a certain community if no person belonging to that community has held the office of the President for any of the 5 most recent terms of office.’ Hence, the latest round of elections had to be reserved for a Malay candidate. If no suitable ethnic candidates can be found on nomination day for the reserved round, the Prime Minister can declare the election to be ‘open’ to all qualified candidates. The elected presidency appears therefore over-engineered, by typically Singaporean standards, to a fault.

Depending on one’s perspective, and even ideological inclination, the elected presidency may be perceived as a sanitized experiment in non-western democracy. The expectation that the holder of the office stands above the political fray negates any possibility of championing social, economic or political causes that run contrary to the elected government of the day. Yet, what can a fully contested presidential election offer in its hustings? If the 1993 and 2011 rounds serve as any guide, the candidates ‘not preferred’ by the PAP gave the establishment candidate a good fight. Economic complaints and social causes that were aired in the preceding general elections were rehashed by the non-establishment candidates. The 2011 round was particularly exciting for Singaporeans because a four way fight had effectively splintered the vote. President-elect Tony Tan garnered 35.19 percent of the vote to win and just barely so. Tan’s closest rival, former PAP Member of Parliament turned maverick, Tan Cheng Bock, garnered 34.85 percent, implying massive public dissatisfaction with the elected government.

2011 was also memorable for the general election that saw the PAP scoring only 60.1 percent of the popular vote, the party’s worst showing since the Republic gained its statehood. There is every possibility that the PAP hoped that the 2017 reserved presidential election would not serve as a de facto referendum on its popularity, having secured a 70 percent electoral landslide in 2015 in the wake of the passing of Singapore’s larger than life founder, Lee Kuan Yew. For some citizens, it may not have been a coincidence that Tan Cheng Bock, the closest losing candidate in the 2011 presidential contest, had filed and lost a legal challenge against having the 2017 contest declared a reserved election for Malay candidates. Nonetheless, judged by the standards of the law, Madam Halimah Yacob won the post fairly, with her two aspiring challengers, Mr Salleh Marican and Mr Farid Khan, both businessmen, declared as falling below the S$500 million shareholders’ equity threshold.

A Beacon of Multiracialism in a Troubled Region?

Viewed amidst a Southeast Asia climate that is riven by a visible temptation to re-embrace authoritarian politics (as exemplified by Cambodia, Thailand and the Philippines) and potential backsliding in inter-ethnic and inter-religious relations (witness Indonesia, Malaysia and Myanmar), Singaporeans still have much to cheer about. While the 2017 election has been ridiculed online as the ‘reserved presidential selection’ and ‘#notmypresident’, or worse ‘#hardleymahpresident’, independent-minded Singaporeans cannot be said to have been stifled in making their unhappiness seen and heard. Indeed, Tan Cheng Bock congratulated Madam Halimah in a Facebook post, but wanted a poll taken and published to inform the PAP government ‘what we thought about the election.’ Wasting no time, Tan Cheng Bock and the other two losing candidates from the 2011 contest took to Hong Lim Park, Singapore’s Hyde Park equivalent, three days after the election to stage a silent sit-down protest against the state of democracy in the country. Some visual estimates suggested a crowd turnout in the 500 strong range. One protest banner perhaps read the loudest amidst the silence: ‘#Rigged (S)election’.

Leaving democratic contention aside, one final word should also go to President-elect Halimah Yacob: ‘multiracialism is not just a slogan…It means that it really works in our society, that everyone has a chance to reach the highest office of the land.’ Much has already been said and written about President Halimah’s down to earth personality, affability at the political grassroots, and her newfound celebrity status amongst the residents in her government-built apartment block. This might turn resistant pockets of Singaporean public opinion in her favour. Still, the politics of democratic (s)election can only be expected to haunt Singapore in the post-Lee Kuan Yew era in the foreseeable future.

Alan Chong has published widely on the notion of soft power and the role of ideas in constructing the international relations of Singapore and Asia. His publications have appeared in The Pacific Review; International Relations of the Asia-Pacific; Journal of Southeast Asian Studies; Asian Survey; East Asia: an International Quarterly; Politics, Religion and Ideology; the Review of International Studies; the Cambridge Review of International Affairs, Armed Forces and Society, the Journal of Strategic Studies, Global Change, Peace and Security, and in the Japanese Journal of Political Science. He is also the author of Foreign Policy in Global Information Space: Actualizing Soft Power (Palgrave, 2007), and co-editor (with Faizal bin Yahya) of State, Society and Information Technology in Asia (Ashgate, 2014). He has frequently been interviewed in the Asian media and consulted in think-tank networks in the region. He can be contacted at: iscschong@ntu.edu.sg. Image Credit: CC airconditionednation/ Pixabay.

Casual Sex and Late Marriage: Chinese Young People in the Era of Living Alone
Taiwan, the UK and the Chinese Factor