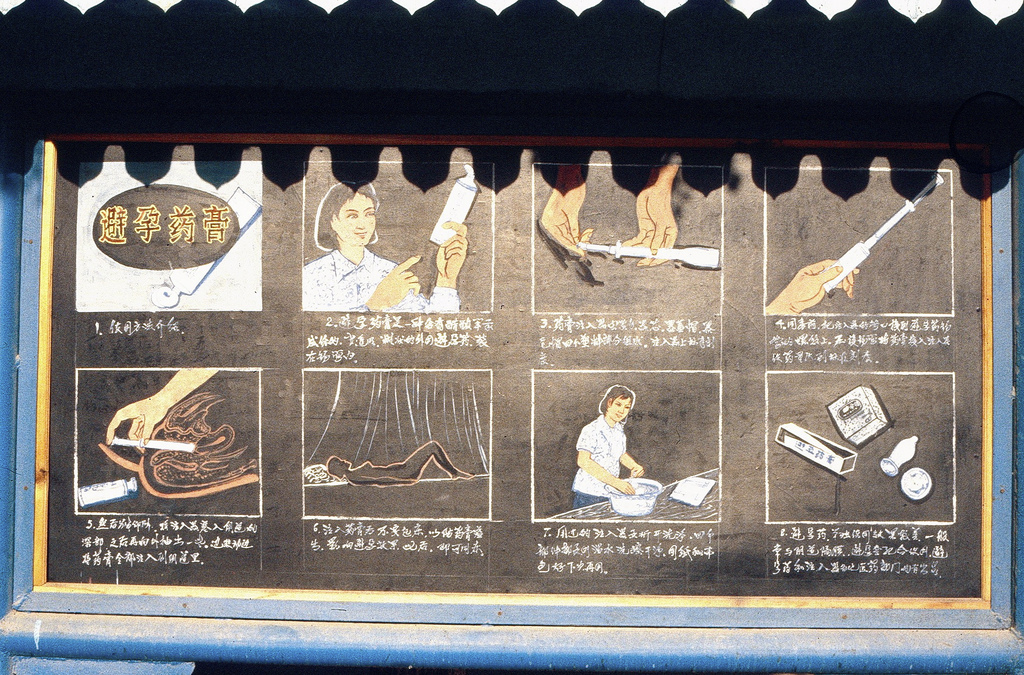 Sex remains a taboo topic in China, even as the country experiences rapid economic and social transformation. Bombarded by western pop culture, restless young Chinese are facing an upcoming sexual revolution without proper guidance. There have been several reports of soaring HIV/AIDs breakouts in some colleges in China as well as calls for better sex education. Sex education is becoming a serious public health issue. However, the promotion of better sex education is facing many difficulties. Experts call for additional studies and data in order to help answer questions such as when to begin sex education and from whom children should receive it. This pop-up research will offer a very tentative step that will, from an admittedly small pool, begin to consider how we frame these questions and the direction forward.

In order to broach this topic we will consider the results of a small scale online poll as well as the data produced from an interview with Dr. Li Wang, a sex education expert and online writer on the debate surrounding Comprehensive Sex Education (CSE) in China. The poll, which utilized Survey Monkey via WeChat in September 2017, includes 100 responses. The sex education poll contained 10 questions, including three on demographics. It took the respondents 2-3 minutes to complete the survey on average and the respondents were able to offer comments or choose multiple answers for relevant questions. Of the 100 respondents, 63% were females; 52% were college educated; 41% had post graduate degrees; 6% had high school education or lower. In terms of age distribution, 65% were aged 40-49, 26% were aged 30-39 and 9% were aged 18-29 years old.

Most respondents were not satisfied with current sex education practices in China (45%) and hoped for more research and discussion on this topic; followed by 34% who believed this was a sensitive taboo topic and there was no easy solution. In terms of who should offer sex education, the respondents overwhelmingly believed that both parents (79%) and school (81%) should shoulder the responsibilities of sex education jointly. However, 26% of respondents also believed that the young should find out themselves, through internet, peers or books.

In terms of when the parents should start the sex education, 72% agreed that sex education should begin when the child started asking the first question about sex, while 22% thought they would wait until adolescence. In terms of what the sex education should be about, AIDS prevention and safe sex (88%), abortion (81%), physiological differences (66%), sexual abuse and equality (57%), and condom usage (56%) were ranked as stated.  Other responses included child molestation and how to say no to unwanted touching of private body parts as well as lessons on how to express love. Overwhelmingly, 62% of respondents believed sex education should start at primary school and 36% believed it should start at middle school. In answering a question into the comparative accessibility of abortions and condoms most respondents expressed views that condoms be more widely available. The majority (76%) believed condoms should be available from vending machines on all major streets and college campuses while 54% agreed that school clinics should provide free sex education and free condoms. Some comments stated that a mobile automatic box could help curb the soaring HIV/AIDS rates on college campus.

The question that received most comments was on what kind of sex education China needs. The majority of respondents (78%) agreed that sex education in China should have Chinese characteristics—not completely western models such as CSE, instead selectively borrowing some western models without mentioning some controversies. Though only 9% supported the CSE model, 19% supported using the Chinese model which emphasises controlling one’s sexual desire and absenteeism. Several comments expressed the view that homosexuality should not be encouraged, but should not be discriminated against, either. Some believed the timing of mentioning homosexuality should be carefully studied to avoid confusion.

These questions were raised with Dr Li Wang with the following results:

YZ: “What grade do you think would be appropriate for sex education to start in Chinese schools? What format should they use?

YZ: “Does sex education lead to more love affairs in school? Is the sex education even necessary since most children are getting information from their peers or the internet these days?”

WL: “I don’t think sex education lead to more love affairs, at least not from the research I have read. I firmly believe guidance is a must since there is good and bad information out there.”

YZ: “Some highly educated parents believe that early pregnancy or AIDS will only occur among the disadvantaged or in rural areas where the children lack parental supervision. How to change this kind of misunderstanding?”

WL: “First we need to educate the parents. Many parents have the education background but no specific knowledge of sex education themselves.”

YZ: “I know that you have done some research on the US Comprehensive Sex Education (CSE). Do you feel China should promote it as well? In addition to CSE, there is now the sex absenteeism in the US. What is the form of sex education should be promoted in China?”

WL: “I am totally against the CSE. CSE is not science based and it teaches distorted views about sex. I think it is not suitable for any country. I think China’s sexual education should take a scientific approach without being exaggerated, concealed or ideological. The educators can use short films or videos, suitable for the youths during three stages of their lives I illustrated before.”

YZ: “How to promote sexual education in China since it is not linked to school assessment. The school is scared of unnecessary troubles. How to change this situation?”

WL: “The Chinese educational system has to change and must make sex education mandatory. The public, especially parents have to be educated about the importance of sex education as well.”

Obviously such research represents only a very provisional consideration of the issues here, however it does begin to highlight the manner in which might encounter such issues in larger studies. Whether to mention (and if so, at what age to mention) homosexuality proves contentious and suggests further scientific research is required. Some respondents call for humanisation of sex education and the teaching of sex education in a natural unclouded manner. Most respondents believe that sex education should start from young, should be a joint effort by both parents and school. It should be age-appropriate and based on models with Chinese characteristics which emphasise safe and responsible sex, respecting different sexual orientation without offering explicit detail. There does appear to be growing support for college student access to condoms in order to curb HIV/AIDs.

Yuanting Zhang PhD is an Adjunct Instructor in Sociology at the Community College of Aurora. Image Credit: CC by kattebelletje/Flickr.

Taiwan, the UK and the Chinese Factor
ASEAN at 50: Making Headway in the Economic Community