Why rice growers are more sexually liberal than wheat growers 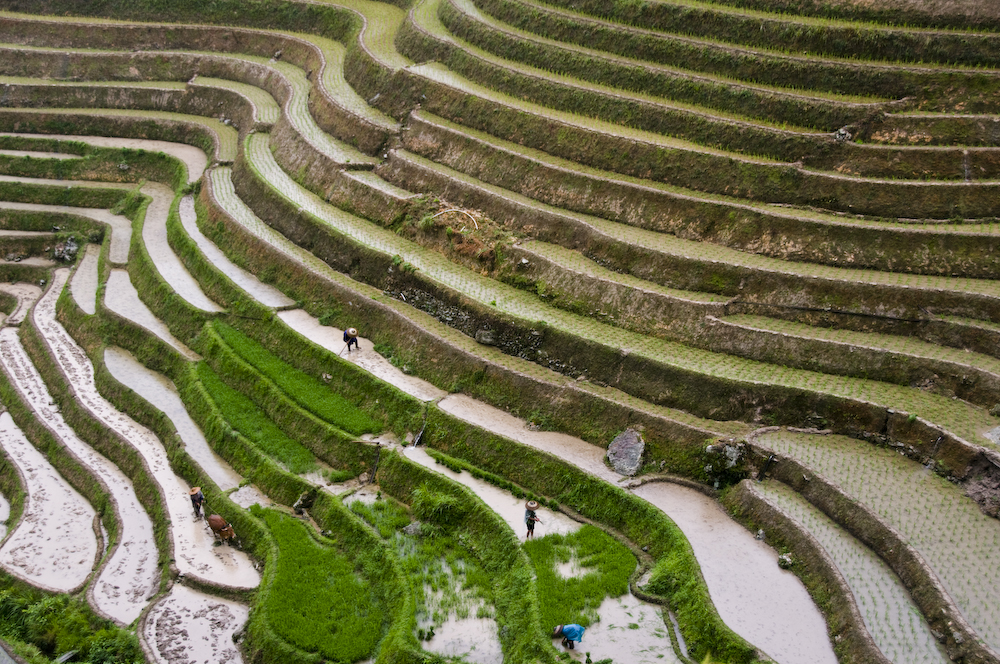 Recent years have seen claims that a “national sex revolution” is well underway in China and that it has “has reached a point of no return”. But according to my own research looking at the views of people across China on sex, this is going too far.

But while sexual behaviour is one thing, sexual attitudes are quite another. In my new research, I analysed data from the 2010 China General Social Survey with responses from more than 11,000 people across 30 Chinese provinces on whether they think it is morally right or wrong for somebody to have sex before marriage, outside wedlock and with another adult of the same sex.

What I found suggests that rather than traditional theories about the influence of Western values and economic development influencing sexual attitudes in China, it could come down to what kind of crops are grown in each province – rice or wheat.

Far from there being a “national sex revolution”, there are still significant regional differences in sexual attitudes. For example, in Xinjiang province only 7% of people approve of premarital sex and 2% of homosexuality. In contrast, in Guangdong, 54% consider premarital sex morally acceptable and 24% considered homosexuality acceptable. Considerable geographic variation is also noted in attitudes to extramarital sex.

Some researchers have argued that improved nutrition due to socioeconomic development lowers the age of puberty and sexual maturity, and so leads to more liberal sexual attitudes. This is called the modernisation theory. But I found that people from provinces such as Jilin that have relatively high levels of GDP per capita, family income and urbanisation in China do not hold more liberal sexual attitudes than people from less modernised provinces such as Guizhou and Sichuan.

Others argue that China’s sex liberation is caused by Western cultural influences – known as the westernisation theory. They believe that China’s 1978 open-door policy exposed people to Western ideals of individualism and freedom that may have facilitated sex liberation.

Others have looked to the role played by China’s economic reform in 1978 in liberating sexual attitudes, and the dissolution of state-owned industries and collective working units was accompanied by a notable ideological shift from collectivism to individualism.

At the same time, the mass de-industrialisation gave rise to the service sector – including the provision of sex-related services. In provinces and municipal areas such as Jiangsu and Shanghai that are more de-collectivised and de-industrialised, I found that people are more tolerant of extramarital sex, but not premarital sex or homosexuality.

China spans over 2.4 billion acres of land, so it is not credible to assume that distinct regions are different only because they have been influenced by social trends such as modernisation and westernisation in different ways. This led me to look into more long-lasting differences between Chinese provinces.

One obvious difference is the food people eat and grow. For centuries, rice plantation has been prevalent in some provinces, while wheat agriculture has dominated others. The “rice theory” suggests that in China people who grow rice and those who grow wheat may think differently.

The need of cooperation for the production of food – a necessity for survival – in rice-growing regions may have helped to cultivate a higher level of interpersonal dependence, mutual understanding and tolerance, which makes social marginalisation less likely. In contrast, the same senses of interdependence and mutual understanding may be less valued in wheat-growing regions because people do not have to rely on each other for subsistence.

My research suggests that the tolerance of non-conventional sexual behaviours borne out by this need of interdependence in rice-growing areas is key to the liberalisation of sexual attitudes.

Recent social changes might have led to a “sex revolution” in China, but it seems that the long-standing distinction between rice and wheat agriculture persists and plays an important role in shaping the landscape of sexual attitudes in today’s China. Finding out what is driving different levels of tolerance to certain sexual practices will affect how sex is taught in schools across distinct regions and the way in which an individual feels it is acceptable to behave.

Yang Hu is an assistant professor in the Department of Sociology at Lancaster University. Another version of this article was previously published on The Conversation. Image Credit: CC by SpAvAAi/Flickr.

ASEAN at 50: Making Headway in the Economic Community
Commercial Sex among Men in China