North Korea is Clearly Not Feeling the Pain 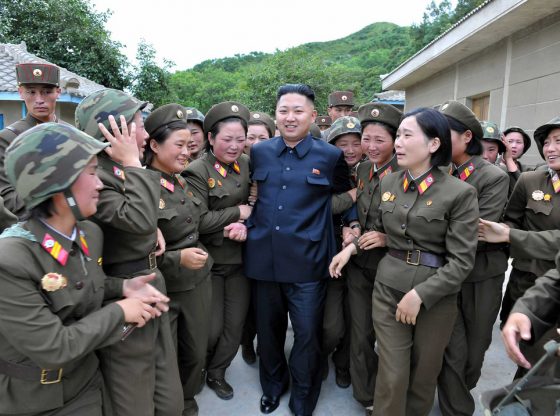 With its sixth nuclear test on the 3rd September, it is clear that the Kim regime, by order of Kim Jong-un, has thumbed its nose at the international community in a flagrant demonstration of its complete disregard for United Nations Security Council (UNSC) resolutions or regional stability. While much analysis will be done assessing the explosive yield of the test, determining whether or not it was truly a thermonuclear explosive, or judging the North Korean capability to successfully miniaturize an operational nuclear warhead for mating to a long range missile, this discussion will instead focus on Pyongyang’s ability to sustain nuclear and missile development, along with the efficacy of economic sanctions to coerce denuclearization and disarmament.

How is North Korea able to sustain its nuclear and missile endeavours?

The mass media makes much about the DPRK’s ability to defy and weather seven rounds of UNSC resolution-based sanctions to build its current nuclear and missile capabilities. But casual observers need to understand that the international community is dealing with a political leadership which is unaccountable to its citizenry, and thus able to devote an inordinate proportion of national resources towards weapon of mass destruction (WMD) development. Additionally, Pyongyang can call upon its diplomatic and business networks to help it smuggle in contraband weapons technology.

Moreover, it must be noted that atomic warhead technology of the kind that levelled Hiroshima and Nagasaki in World War II is relatively affordable to develop. Based on estimates of the cost of the now-defunct South African nuclear arms program, Pretoria had spent about $600 million by 1989 when its program was halted. Using an annual global average inflation rate of 3.5 percent, such a program would cost the DPRK approximately $1.6 billion in today’s prices. Inasmuch as that might seem expensive, it is only about 5.5 percent of North Korea’s current gross domestic product (GDP) of $28.5 billion. Even if the added cost of the missile program is factored in, the financial burden would still be bearable if amortized over the years since the early 1990s when suspicions about Pyongyang’s proliferative intent first arose. Since building an equivalent measure of deterrence power using conventional weapons would be far more expensive due to manpower and maintenance costs, it isn’t hard to see why the Kim family have been determined to acquire a deliverable nuclear arsenal, given its economic limitations.

How Far Do Sanctions Need to Go before Results are Seen?

It is plain to see that the current raft of punitive sanctions are not inflicting enough national privation on the DPRK, that Kim would exercise restraint and turn to de-escalative diplomacy. Following the North Korean tests of two Hwasong-14 Intercontinental Ballistic Missiles on the 4th and 28th of July, the UNSC passed sanctions resolution 2371 – prohibiting UN member states from importing coal, iron, lead and seafood from the North. This was supposed to deprive Pyongyang of $1 billion worth of revenue annually and was intended to add to pressure from resolutions 2270 and 2321 passed in March and November 2016 respectively, banning the DPRK’s gold, vanadium, titanium, rare earth mineral, copper, nickel, zinc and silver exports. In response, Kim thumbed his nose at the UNSC by testing a Hwasong-12 Intermediate Range Ballistic Missile on the 28th August, which flew over Japanese airspace, along with the aforementioned sixth nuclear test, its most powerful one yet.

Thus the current sanctions do not go far enough in turning the thumbscrews on North Korea. While the recent sanctions arguably need more time to work, earlier UNSC sanction resolutions from 2006 to 2013 adopted an overly surgical approach targeting Pyongyang’s nuclear and missile programs, ignoring the reality that the Kim regime was able to commandeer revenue from the civilian economy for WMD building. As the integrity of global nuclear non-proliferation norms cannot be allowed to erode, and Kim must not be permitted to further destabilize the region, we need to learn from the severity of international economic ostracism imposed on Iran, such that it was effectively pressured into signing the Joint Comprehensive Plan of Action in October 2015, which curbed its nuclear programme for 15 years.

From 2012 to 2015, economic sanctions, which included prohibitions against importing Iranian oil and overseas asset freezes, were levelled against Iran. In practical terms, this resulted in Iran’s economy being approximately 15-20 percent smaller than it would have been without sanctions. Assuming an average loss of 17.5 percent in growth, this would have meant a de facto annual economic shrinkage of 5.83 percent over 3 years. Furthermore, Tehran lost $160 billion in oil revenues. The severity of economic punishment inflicted makes an obvious contrast to the punitive measures implemented against the DPRK. Based on data from the South Korea-based Bank of Korea, periods of negative economic growth or shrinkage have occurred in North Korea since UN sanctions began in 2006. For 2006 and 2007, the economy shrank by 1 percent and 1.2 percent respectively. And in 2009, 2010 and 2015, the economy contracted by 0.9, 0.5 and 1.1 percent respectively. When compared to the pummelling that the Iranian economy took from 2012 to 2015, it would seem that the international community has been relatively lenient towards Pyongyang. Additionally, the projected annual loss of US $1 billion that Pyongyang will sustain from UNSC resolution 2371 pales in comparison to the $53.3 billion in yearly oil revenue loss that Tehran had to stomach from 2012 to 2015.

The Kim regime has to feel the pain

With the use of military force having horrific consequences and unconditional dialogue merely rewarding the North’s bad behaviour, the only currently feasible punitive course of action in response to Kim Jong-un’s missile and nuclear aggrandisement is economic censure. As explained earlier, this has to be sustained, painful and, most importantly, strictly enforced so that Kim and his elites acutely feel the cost from their nuclear and missile adventurism. Only when critical oil supplies are embargoed via UNSC resolutions, and other foreign revenue loopholes such as the North Korean labour dispatched overseas as well as textile exports are drastically curtailed, will we possibly see a negotiable Pyongyang. After all, there is no point being a self-proclaimed nuclear weapons power when state coffers start drying up, buying the loyalty of your elites becomes unsustainable, and WMD capabilities go into stasis due to lack of resources. It is yet to be seen whether China (as the DPRK’s only patron) will cooperate in a substantial tightening of sanctions, as was done to Iran, but Beijing should be reminded that this is possibly the least destabilising, and most realistic means of dealing with a recalcitrant DPRK.

Liang Tuang Nah is a Research Fellow of the Military Studies Program at the Institute of Defense and Strategic Studies, a constituent unit of the S. Rajaratnam School of International Studies (RSIS), Nanyang Technological University. This article originally appeared on The Diplomat and can be found here. Image Credit: CC by  Vietnam Mobiography/ Flickr.

Commercial Sex among Men in China
Pakistan and its army—a tactical challenge for India, US