Holding the Status Quo? Taiwan’s Security under the Tsai Administration 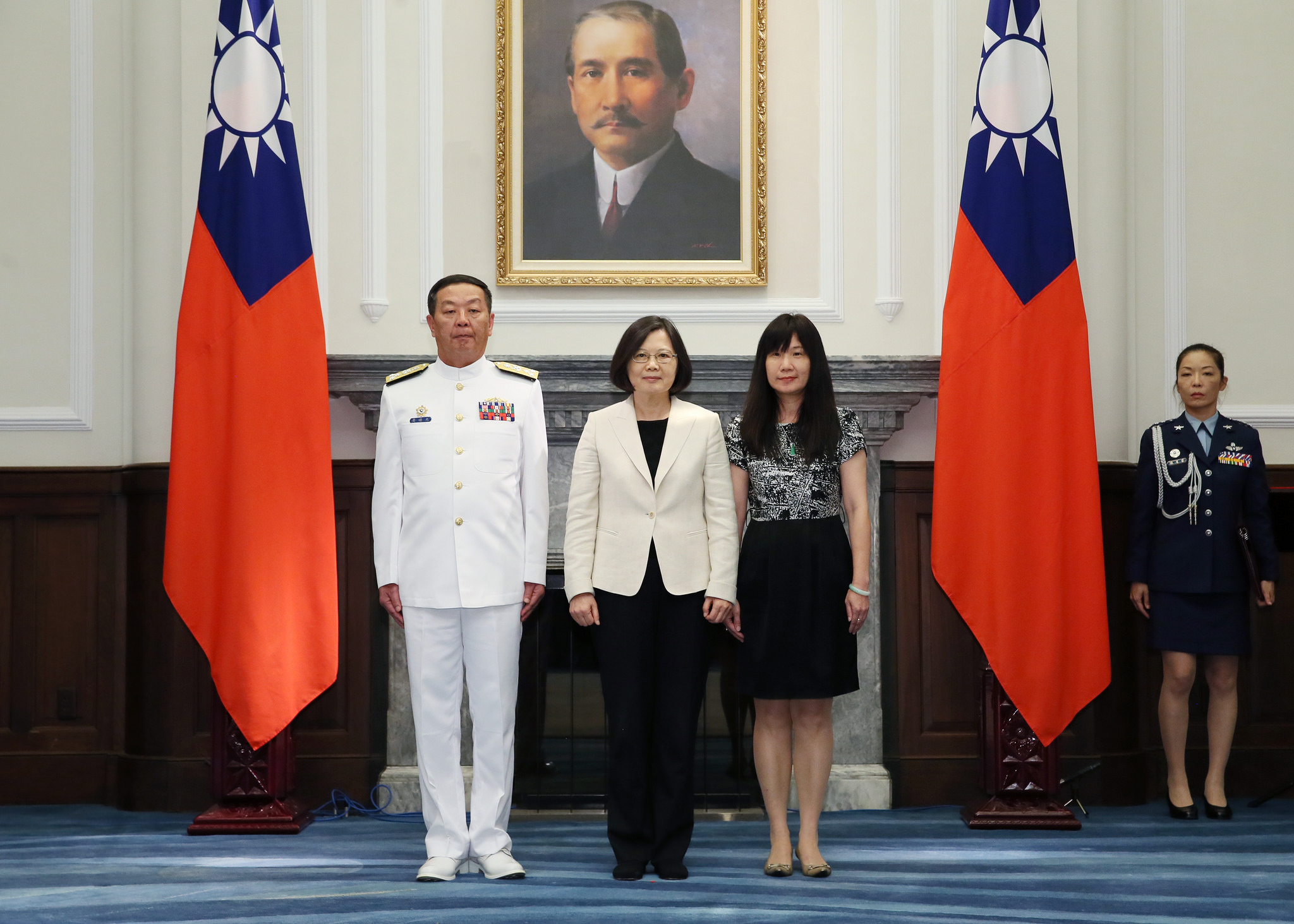 Since Tsai Ing-wen took power in May last year, Taipei’s military modernisation has improved. The navy has launched a range of ship-building projects, from Aegis destroyers, frigates, fast minelayers, and submarines to land platform docks (LPD), which will last 23 years. The air force is undertaking projects such as the AT-5 advanced jet trainer, based on the indigenous defence fighter (IDF), as the Hsiung Feng series surface-to-surface missiles and Tian-kung series surface-to-air missiles (SAMs) are under continuous development. Constrained by the nature of island defence, the army has not received any major projects, but media outlets have mentioned the possibility of gaining main battle tanks and howitzers, in addition to the original project of CM-32 “Yunpao” (Cloud Leopard) wheeled armoured vehicles.

Such a large scale of military modernisation is obviously aimed at compensating for what commentators have labelled the “lost decade” in Taiwan’s military build-up. Between 2004 and 2008, political struggle disrupted Taiwan’s plan for arms acquisition, and Ma Ying-Jeou’s China-friendly administration concentrated more on harmonising cross-Strait relations over defence. Consequently, apart from the failed submarine deal with the US, modernisation of other military capabilities have slowed down or even paused. These projects reflect Taipei’s eagerness to beef up their military capability for fear of falling behind their Chinese counterparts. The content of Taiwan’s military build-up suggests the nature of island defence; a layered defence predicated on sea and air  defences against invasion, stated in the official quadrennial defence review published this year.

Despite this high ambition, the Tsai administration is unlikely to make up the lost decade against China’s military superiority and the transformation of warfare. Taiwan’s defence industry has a history dated back to the Cold War, and its achievements, such as the IDF in the 1980s and 1990s, were extraordinary for a small state. However, Taiwan’s international isolation creates a great obstacle for arms exportation, and the political leadership have recurrently looked to American suppliers for diplomatic and economic concerns in the post-Cold War era. This has created a gap in the defence industry, especially the aviation sector, where there were no projects until the IDF upgrades in the early 2010s. Taiwan’s ship building industry has a better situation for continuous production, but whether its capacity is enough to accommodate so much demand remains uncertain. Certainly, most of these projects will not bear fruit in four years, and they will not ameliorate Taipei’s strategic inferiority anytime soon. Stable financial funding and external technical support present other challenges for expensive indigenous arms, particularly after Taiwan’s poor economic performance  and the rising welfare for the ageing population. Moreover, there are still various subjects beyond the capacity of Taiwan’s defence industry, and external supply is indispensible. As Washington is probably the only supplier, the Trump administration’s first arms sales to Taipei without any sophisticated platform may foretell certain difficulties with foreign acquisition. In contrast, after two to three decades of absorbing foreign military technology from both Western and former Soviet sources, China’s defence industry has mastered certain subjects and produced a variety of sophisticated weapon systems. Therefore, Beijing  has achieved more than quantitative superiority over Taipei because Chinese fighters, major surface combatants and submarines are superior to those of their Taiwanese counterparts. China’s military build-up and its anti-access and area deny (A2AD) strategy has increased the risk for the US of any military intervention. In other words, Taipei cannot rely military on the US. Hence, Taiwan’s indigenous military projects, with long term goals of development and production, may not narrow the quantitative, and even qualitative, gap in contrast to China’s booming defence industry.

The transformation of warfare is another drawback to Taiwan’s defence modernisation, one that is exacerbated by Taipei’s other policies. After two decades of cross-Strait integration, various channels are available for Beijing to deploy special forces and other agents in Taiwan. This means there is no clear frontline, as Chinese troops can conduct sabotage operations, even “decapitation” operations to paralyse Taipei’s command chain or leadership. In the face of these internal security threats, conventional weapon systems would not be the best solution for Taiwan, and more manpower to fortify the defence of key facilities and infrastructure would be necessary.

Despite a lot of differences, the DPP administration has maintained the All-Volunteer Force (AVF). The AVF only requires four months of basic training for conscripts, who become reserves directly afterwards and annually receive five to six days of training. Their low level of training is weak in contrast to the previous batches. Furthermore, the currently poor recruitment outcomes for both officers and soldiers significantly undermines the capability of regular units. For example, a recent news report reveals that 46 percent of positions for low ranked officers are not filled. Surprisingly, the rising Taiwan identity, a growing local nationalism against China’s annexation, does not affect the Tsai administration’s pursuit of the AVF policy. Moreover, the status quo guidelines makes Taiwan retain current channels for Chinese visitors, a convenient coverage for covert penetration.

Although the gambit of using force may be more likely than before, the alternatives are more likely to be favoured by China. As China is Taiwan’s largest source of imports and exports, this endows China with a powerful leverage against the latter. Beijing displayed its willingness to launch economic war against the Philippines and Japan in the early 2010s. Since Taiwan’s leadership is held accountable for popular economic wellbeing, an economic war would weaken the government significantly. Moreover, about three million Taiwanese living in China and at least 360,000 Chinese married in Taiwan could serve as additional channels for Beijing to exert influence on Taipei. Ultimately, the Tsai administration’s plan for strengthening defence is a step in the right direction, but probably too little and inconsistent to moderate the island’s strategic desperation.

Shang-su Wu is a research fellow in the Military Studies Programme of the S. Rajaratnam School of International Studies (RSIS), Nanyang Technological University. He can be reached at issswu@ntu.edu.sg. Image Credit: CC by Office of the President of the Republic of China (Taiwan)/Flickr.