The development-stability nexus at home and abroad 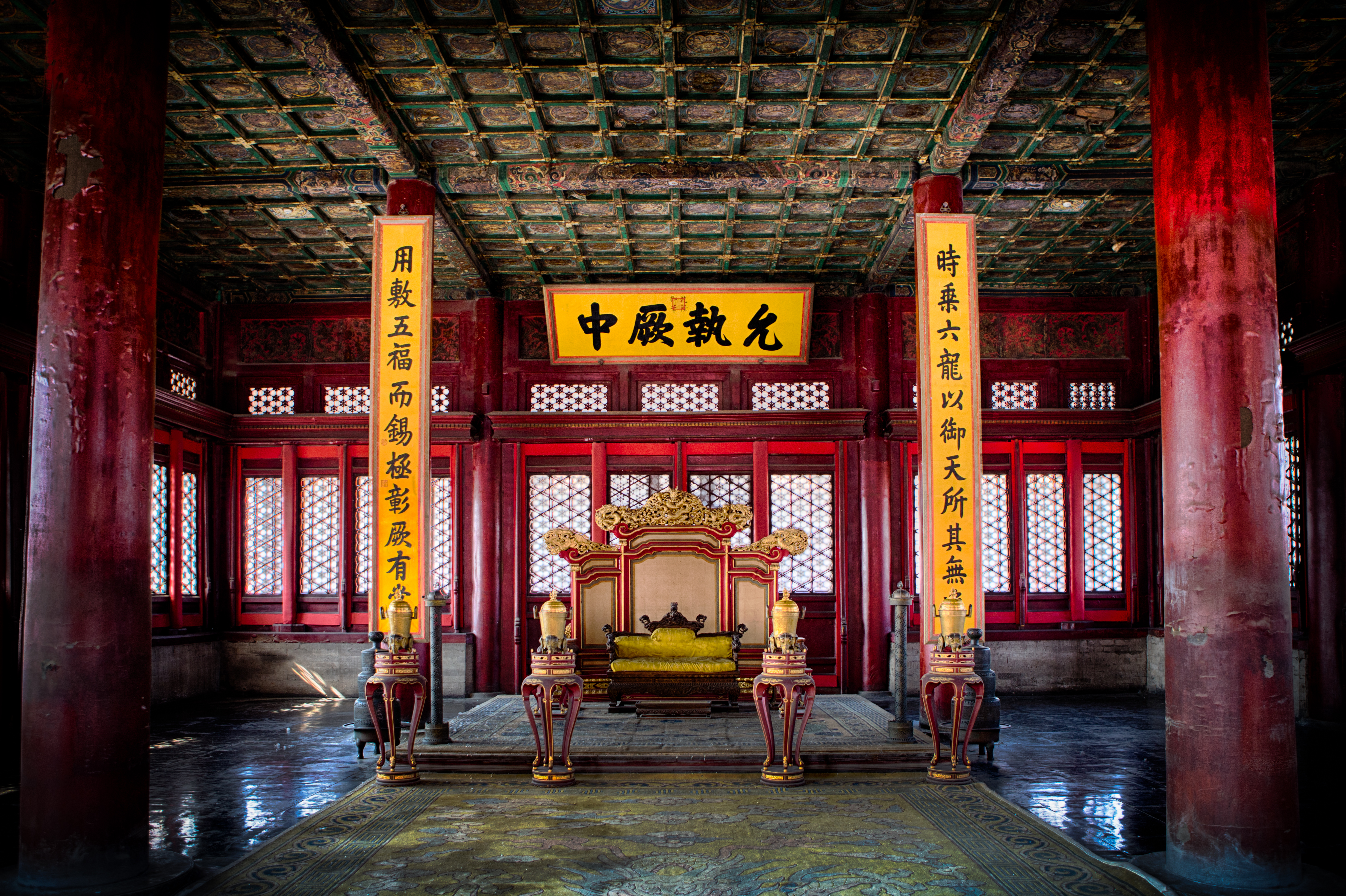 After the death of Mao in 1976, Deng Xiaoping’s moderate faction and Hua Guofeng’s so-called ultra-leftist faction competed for the leadership of the CCP. At the time of Mao’s death, Hua Guofeng had already been accepted within the CCP as his successor. Hua’s legitimacy rested on his connection to Mao Zedong. And accordingly, revolutionary Communist ideology was set to continue as the standard by which policies were developed and performance judged within the CCP. During this intra-Party competition, however, Deng’s moderate faction advocated for stability, materialistic standards for performance, and co-binding diplomatic engagement with advanced industrial capitalist states. The leadership transition had spawned a new state security paradigm. Growing out of and evolving in opposition to the revolutionary politics of Mao Zedong and his appointed successor, the concept of stability was in the ascendance.

When Deng was restored to political power in 1977 he replaced ultra-leftist ideology with a material standard for developing policy in order to ensure political stability. He argued that China was less developed than other (particularly capitalist) states in the international system, and that China should use non-ideological, ‘truth’ based criteria to develop and stabilize the Chinese state. Domestically this meant replacing leftist political ideology with materialist criteria to judge CCP performance. In terms of foreign policy, this entailed removing ideological considerations from developing relationships with other states, including capitalist democracies.

Upon returning to CCP political responsibilities in 1977, Deng leveraged his position within China’s foreign policy apparatus to develop broader political support for the stability paradigm. In particular, throughout 1978 Deng Xiaoping remained in complete control of U.S. – China normalization negotiations, making key decisions throughout the process. This was a stark contrast with Hua Guofeng, who had no foreign policy portfolio and was uninvolved in the negotiations.

The timeline of U.S.-China normalization talks coincided with the third plenary session of the 11th Party Congress in December 1978, wherein Deng articulated the stability paradigm and advocated an opening up of foreign policy through engagement with other states. This session culminated with Deng Xiaoping’s moderate faction gaining decisive influence within the CCP, and normalization of ties with the U.S. was announced shortly thereafter. This move created foreign and domestic interest groups which would support the moderates over ultra-leftist political factions.

But at both the ideational and practical level, what stability is and how it is best to be preserved, has long been a major challenge for the Party and the government from the very outset. Deng’s calls for stability were part and parcel of his Reform and Opening policies, which unleashed volatile market forces and dramatic social change as the country embraced economic reform at both the domestic and international levels. To square the circle and address the inherent contradictions in this approach, Deng and his successors hit on a particular political-economy formula: social and political stability are necessary to allow for economic development, and in turn economic development will serve as a guarantee of social and political stability. That, at least, was the virtuous circle offered by the Party.

Stability has never been as straightforward as this simple formula suggests. For example, since at least the time of the 2008/09 global financial crisis, it’s been in vogue to refer to China as a prime example of ‘state capitalism’, implying that China’s development model is, and has been, state-led. This formulation misses the long-standing policy and intellectual debates over the proper role of the state in ensuring both development and stability. In the late 1990s and early 2000s, this debate took place between those on the ‘New Left’ who supported a major role for the state in regulating what were seen as chaotic and often unfair market forces and ‘neoliberals’ who argued that the state itself was often the source of market abuses and growing inequality, and that better functioning markets would better ensure economic and social stability and order.

This debate was never as much fully resolved as it was subsumed. First, the creation of a ‘stability maintenance regime’ during the latter portion of the Hu-Wen era helped to muffle this contentious issue. The issue was then silenced more completely by Xi Jinping’s efforts to crack down on factionalism through both the anti-corruption campaign and the seemingly non-contentious rubric of the ‘new normal’. The fundamental issues and tensions at play – whether the state or markets were the better guarantor of economic, social and even political stability – have never completely gone away. Examples extend all the way from street markets to finance to the role of state-owned enterprises (SOEs). While these tensions remain alive, China’s leadership has doubled down on the development-equals-stability and stability-requires-development formulation.

The development-stability nexus so important in China’s domestic political economy has also been mirrored in China’s foreign policy. As China’s economy developed and its international influence grew during the 1980s and 1990s, its leaders critically assessed the effect of China’s growing international power upon existing regional and global security orders. In particular, CCP leaders sought to develop a guiding principle for China’s 21st-century development that might avert international opposition to China’s expanding economic and political influence; the first formulation of this strategy was termed ‘peaceful rise.’

Since the early 2000s, China has increasingly found itself playing a new and larger role on the international stage, including as a major player in trade, investment and financial relations around the globe. During this period, China’s core foreign policy framework was strategically altered from Peaceful Rise to Peaceful Development. Peaceful Development contains a core political-economic logic that builds directly on the domestic development-stability framework: China requires a stable and peaceful international environment in which it can continue to develop, and in turn China’s active involvement in international trade, financial and investment networks will not only contribute to China’s development and stability but will also underpin further development and stability at the international level.

This virtuous circle logic runs into some of the same tensions found at the domestic level. An example is whether China’s energy or food security are best supported through efforts to directly control resources, markets and transport routes (relying on SOEs, policy banks and growing naval strength) or whether resource security is best supported through well-functioning, transparent markets with healthy supply and demand elements. Unlike at the domestic level, the challenges confronting the Chinese state’s capacity to control the rhetoric and influence the behaviour of the actors involved at the international level are significantly more complex.

This complexity has not been a barrier to both greater Chinese foreign policy activism nor to efforts to link the development-stability paradigm at the domestic and international levels. A high-profile example is how through new initiatives and institutions such as One Belt One Road (OBOR) and the Asian Infrastructure Investment Bank (AIIB) China is promoting the building and financing of infrastructure across a broad swath of countries near and far. Chinese officials claim that infrastructure has played a crucial role in China’s own development (including as a foundation for stability) and that it can do the same for many other countries in need of more and better railways, highways, ports and dams. OBOR especially is claimed as a bold, ‘win-win’ effort that will promote economic opportunity and development for both China and the many countries included in the project’s scope.

Moreover, in a variation of the development-stability nexus, Xi Jinping himself has claimed that China’s new foreign policy activism will provide a positive impact on development and security in China’s neighbourhood and beyond. As questions mount about American or British commitments to the ‘liberal international order’ they helped create, China’s willingness to confidently promote its own alternative vision, based on the development-stability framework, is becoming only more pronounced. As a Global Times opinion piece entitled ‘As US struggles with chaos, China responds with stability‘ recently argued: ‘Beijing should be confident of and stick to its own path for development and stability. The power struggle in the 21st century is not entirely about technology, the military or economy. Social stability carries more weight. Chinese society has been a united organism, and the maintenance of stability will not only help realize the great rejuvenation of the Chinese nation, but also help the country calmly cope with chaos and make tremendous contributions to global stability and development.’

If the logic of the development-stability framework and rhetoric at the domestic level has been contested and rife with contradictions, then the same is, and will be, even more true when it comes to Chinese foreign affairs and its evolving global role. To provide just one example, as China’s commercial involvement with sometimes poorly-governed or conflict-prone developing countries evolves from rather simple trade ties to more complex direct investment and financial links, it’s increasingly clear that China’s proposed win-win, development-equals-stability-equals development rhetoric and economic diplomacy is running up against complex and often harsher realities. China’s ties to countries like Myanmar, South Sudan and Venezuela provide just a few cases in point. But far from reigning in, or re-evaluating the development-stability logic and its associated policies and initiatives, Xi Jinping is reaffirming the message by arguing that not only are development and stability linked, but development and (international) security are also part of a virtuous circle.

But as a number of studies of OBOR have noted, it’s also clear that the logic of this international policy initiative has clear roots in domestic political economy, extending from industrial overcapacity to Xinjiang economic and security concerns. The linkages between the domestic and international aspects of the development-stability paradigm are only likely to grow in their dimensions and importance. It is therefore now more important than ever that students of Chinese politics, economics and society re-evaluate how stability is conceived and governed in China’s domestic and foreign affairs, not to mention the spaces in between.

Renny Babiarz served as a geospatial analyst for the National Geospatial-Intelligence Agency and currently works as a research analyst for All Source Analysis. Matt Ferchen is a Non-Resident Scholar at the Carnegie-Tsinghua Center for Global Policy. Image Credit: CC by See-ming Lee/Flickr.