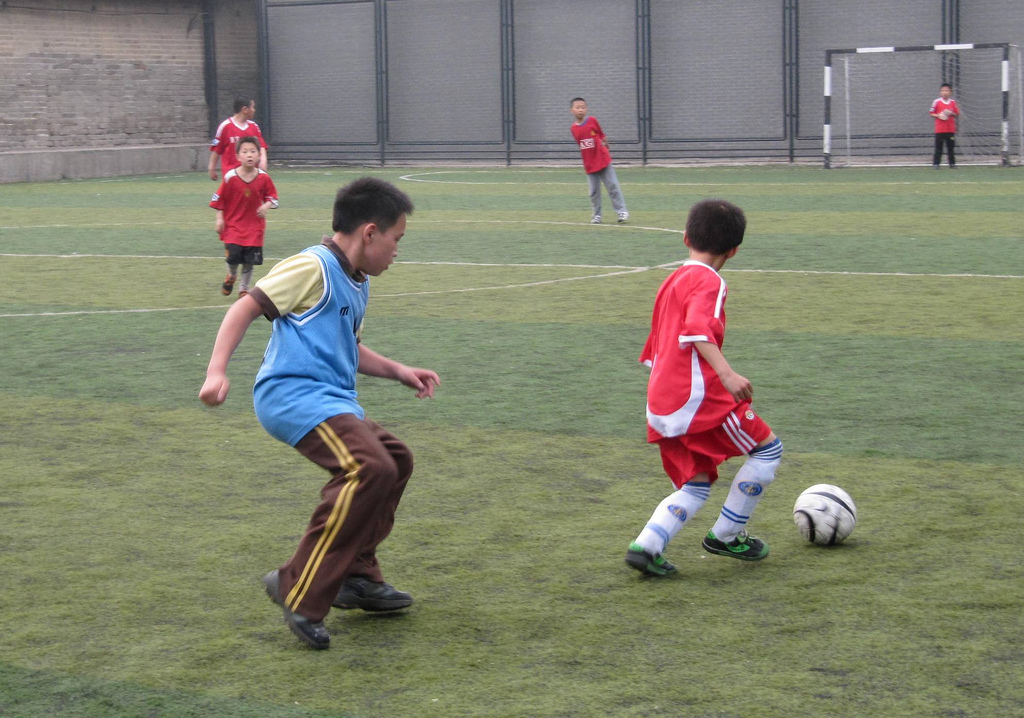 Corporate social responsibility (CSR) continues to be an important concept and a major part of strategic plans for sport organisations around the world. However, it is a concept that is relatively new in the context of professional sport in China. One reason is because CSR is a western concept that has only emerged in the Chinese market in the past quarter-century alongside the establishment of an increased market economy.

Prior to the 1990s, modelled on the former Soviet Union system, sport in China was mainly government funded with the primary goal was winning gold medals and glory for the country. The situation began to change in 1994 when Chinese football became the first sport to become professionalised. This was followed by similar reforms in basketball, volleyball, table tennis and Chinese Chess. Recently, professional football in China witnessed its worst CSR crisis within its relatively short history of professionalisation. In 2012, fifty-nine people, including former top officials of the Chinese football association, club managers, referees, and former national team players, were sentenced by Chinese courts for accepting bribes and fixing matches in a series of investigations.

This has led to a growing interest in and awareness of CSR issues in professional football from media and public debate. Recent research conducted by academics of Shanghai University of Sport and Victoria University in Melbourne sought to understand community expectations of CSR in professional football clubs by Chinese citizens. The ultimate goals were to determine whether community expectations of CSR in China are different as compared to those of Western nations, and to explore if there were related concepts unique to the Chinese population.

To start, using academic literature and a panel of experts, a questionnaire was developed to measure community expectations of CSR by professional football clubs across 39 items that were categorised into eight factors: community involvement, CSR to employees, CSR to spectators, economic and financial responsibility, environmental responsibility, philanthropic activities, public health, and youth education. Each of the 39 items was measured on a five-point Likert scale from most important to least important.

Data were collected from residents of Shanghai in July 2015 across multiple public places in the city (e.g., shopping malls, retail outlets, and university campuses) at different times of day and multiple days of the week. The results demonstrated that seven of the eight factors studied did have a significant effect on community perceptions of CSR in Chinese professional football. In exploring community expectation based on importance, the results showed that community members in China value the responsibility to spectators, youth educational initiatives, and responsibility to employees as the most important factors, followed by financial responsibility and health initiatives. Environmental initiatives and philanthropic activities were seen as the least important factors.

The one factor that was disproved was community involvement. Due to the cultural differences between Western nations and China as well as other factors such as Chinese urban sprawl evidenced in cities such as Shanghai and major Chinese city size, there is a limited ability for community involvement on a grand scale. In addition, concepts including social inclusion, gender equity, and racial equity are relatively new concepts to Chinese society. With further development in these areas, there should be an increase in community involvement.

The research also identified specific areas Chinese residents felt Chinese professional football clubs need to be more actively engaged in, such as the development of grassroots football, local players’ development, and local job creation. It would seem that this is a significant area of CSR that Chinese professional football club management should evaluate further and determine how to implement positive change in those areas.

Chinese residents also reported that they believed Chinese professional football should make improvements in the areas of health promotion, role modelling for youth, finances, and game experience. In the area of health promotion, community members believe Chinese professional football teams are not playing an important role in promoting healthy lifestyles, especially in terms of youth health initiatives. In addition, the perception is that teams and players could play a greater role in preventing juvenile delinquency in the community. Team owners and managers need to review their community relations programs and add specific initiatives in these areas.

In terms of finances, community members still feel that Chinese professional football teams lack financial transparency in their operations, and community members are concerned that the games may not be being contested fairly and without payoffs. This is most likely related to leftover feelings from the previous match-fixing and organised gambling scandals over the past decade. However, significant strides have been taken by the management of the various teams, as well as the Chinese Football Association, to turn the page from past and be more transparent in their operations. Continuing in this positive direction should change the negative perceptions of the community towards this previous lack of integrity.

The game day experience of spectators was also a great concern for community members. Whether those who responded to the survey had attended games in the past, or had heard about the game day experience via word-of-mouth or social media, it is apparent the message being received by the community is that the experiences at games are not meeting expectations of a professional football organisation, especially in the area of food service. It seems that facility operations, event management, and team officials need to address this concern to ensure better quality food options are provided on game days. They also need to review all other experiential aspects of events to ensure optimal levels of satisfaction by spectators.

While this research was a limited study involving a small sample size within one city, it does uncover the evolving importance of CSR in Chinese society and some of the major concerns Chinese residents have regarding their expectations for Chinese professional football. This information is valuable to Chinese professional football leagues as it allows them to gain a better understanding of the emerging needs and interests of their community members, as well as changes they may need to implement to their management and operational structures.

India-China Tensions: The Picture After Doklam
The Roots of Taiwan’s Indigenous Peoples Protests