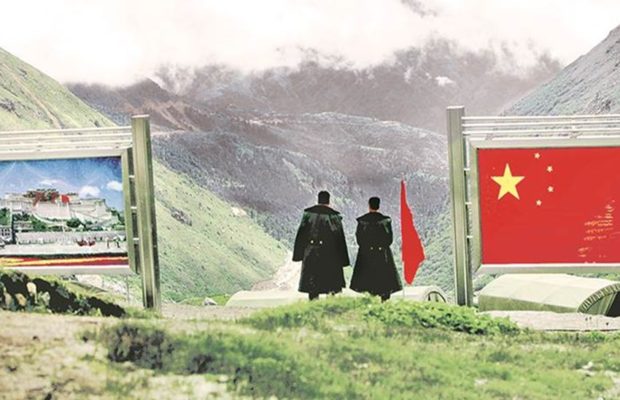 The Cold War has long been forgotten and the new international order is witnessing the rise of several regional powers eager to dominate their respective geographical spaces. This has led to the emergence of a kind of regional sovereignty with induced accommodation that might have put “an end to the bipolar cleavage”. At the same time, intense competition among regional powers is clearly visible. The rise and competitive coexistence of China and India in the larger Asian expanse is testimony to the new emerging order that is gradually replacing the old system long dominated by the United States and its allies since the end of the Second World War.

While competition has defined international relations for decades, the emerging international system, post-Cold War, has been dubbed post-hegemonic. The system necessitates cooperation and partnership among countries with a focus on meaningful diplomacy and collaboration. Such diplomacy is conspicuous in contemporary Asia — a region widely acknowledged as the new theatre of power play in the 21st century with its robust economies, rising powers and significant geo-strategic location.

Both the Asian juggernauts China and India — ancient civilizations with rich histories suffering from post-imperial ideologies — are struggling for more strategic space while securing economic development for their people. While the former is critical for cementing their great power status on the global arena, economics is the key to sustaining the success. Naturally, providing for their people has been the dominant national discourse in China and India with both leaderships prioritising economic wellbeing.

The Cold War witnessed the Sino-Indian conflict over Tibet in 1962 and was marked by a protracted contest with assertiveness prevailing over peace and harmony. While diplomatic communication did exist during the time as noted from exchanges of several high-level bilateral visits, it wasn’t the preferred option for safeguarding security and national interests. However, as alluded to earlier, the post-hegemonic international system has produced different priorities forcing rising powers like China and India to adapt and adjust for the greater good.

With the international system drifting further away from the old system of power plays, the regional order has also readjusted with countries reorienting foreign policies for addressing new challenges. China and India have also been reorienting their behaviours towards each other. Effective communication has become critical for the leadership of both countries in mutual interactions. Reorientation of foreign policies and interactive approaches have led to both viewing each other as strategic and foreign policy priorities, notwithstanding tensions over unresolved border issues, and ensuring differences don’t escalate into full-scale cross-border conflicts.

The Doklam (known as Donglang in China) standoff, the most recent crisis between the two neighbours, withstood belligerent rhetoric of several weeks before the eventual mutual decision to disengage. A plateau located on the strategic tri-junction of Bhutan, the Chumbi Valley in China and the state of Sikkim in India, and overlooking the Siliguri corridor in the Indian state of West Bengal is of security concern for India. China’s infrastructure-building activities in the region consequently disquieted the Indian side. However, the pragmatism of both leaderships de-escalated tensions as is evident from the quick dissipation of hostilities. It is interesting to note that notwithstanding the crisis, Chinese and Indian leaders were ready to engage with each other right after the resolution of Doklam, communicating to the international community the salience of dialogue and pragmatism in managing the crises. The Indian Prime Minister Narendra Modi visited Beijing for the BRICS summit soon after in early September 2017 highlighting the seriousness of the current leaderships to interact successfully with each other.

However, Doklam was also a reminder that notwithstanding efforts to engage and communicate, the leaderships were not averse to displaying their serious differences over sensitive issues. This could be due to the importance that both leaderships attach to domestic sentiments of non-compromise in such matters. “Emotional diplomacy”, as termed by Todd H. Hall, is perhaps also emerging as a new strand of diplomacy among rising powers and can be deployed to achieve political objectives. This may also indicate that Doklam-type skirmishes are opportunities for each leadership to gauge each other’s inclination and ability to go to war. India’s refusal to buckle to China’s pressure demonstrated its leadership’s confidence in dealing with its big neighbour while China’s decision to cease road construction activities in Doklam demonstrated its commitment to dialogue for ensuring regional stability.

Doklam though is not the first instance of China and India resorting to effective communication for preventing escalation of hostilities into regional bilateral conflicts. Pragmatism and maturity on the part of both leaderships in this regard was demonstrated earlier in Ladakh in April 2013, when a telephone conversation between India’s National Security Advisor and his counterpart in Beijing helped to resolve a three-week long border impasse. A confrontation was similarly avoided during President Xi Jinping’s visit to India a year later in 2014 when there were reports of alleged incursions by Chinese troops into Indian territory. Enabling mechanisms like establishing ‘hotline’ connections between the heads of states and Army headquarters for use during difficult situations have been instrumental in minimising the possibility of conflict between the two neighbours.

While standoffs dominate headlines, economic exchanges have been rapidly growing between the two countries. Growth in trade has been marked by an increase in cross-border investments. Non-state actors have been active in influencing perceptions of neighbours. None demonstrates this better than the rising number of Indian movies being shown in China with the Hindi movie Dangal — depicting the trials, tribulations and triumphs of a young female wrestler from India — becoming the most successful non-Hollywood foreign film in China. However, the two and a half months of standoff at Doklam are a harsh reminder that in spite of greater engagement, fundamental differences remain, particularly since both countries are locked into a competition over greater strategic influence in the region and world. While wars are no more the default option and communication is primary in bilateral ties, geo-strategic competition greatly enhances the challenge for effective communication and meaningful diplomacy.

Dr Parama Sinha Palit is the author of the recently published book Analysing China’s Soft Power Strategy and Comparative Indian Initiatives. She can be reached at psinhapalit@gmail.com. Image credit: CC by BMN Network/Flickr.