China and the South Asian Association of Regional Cooperation 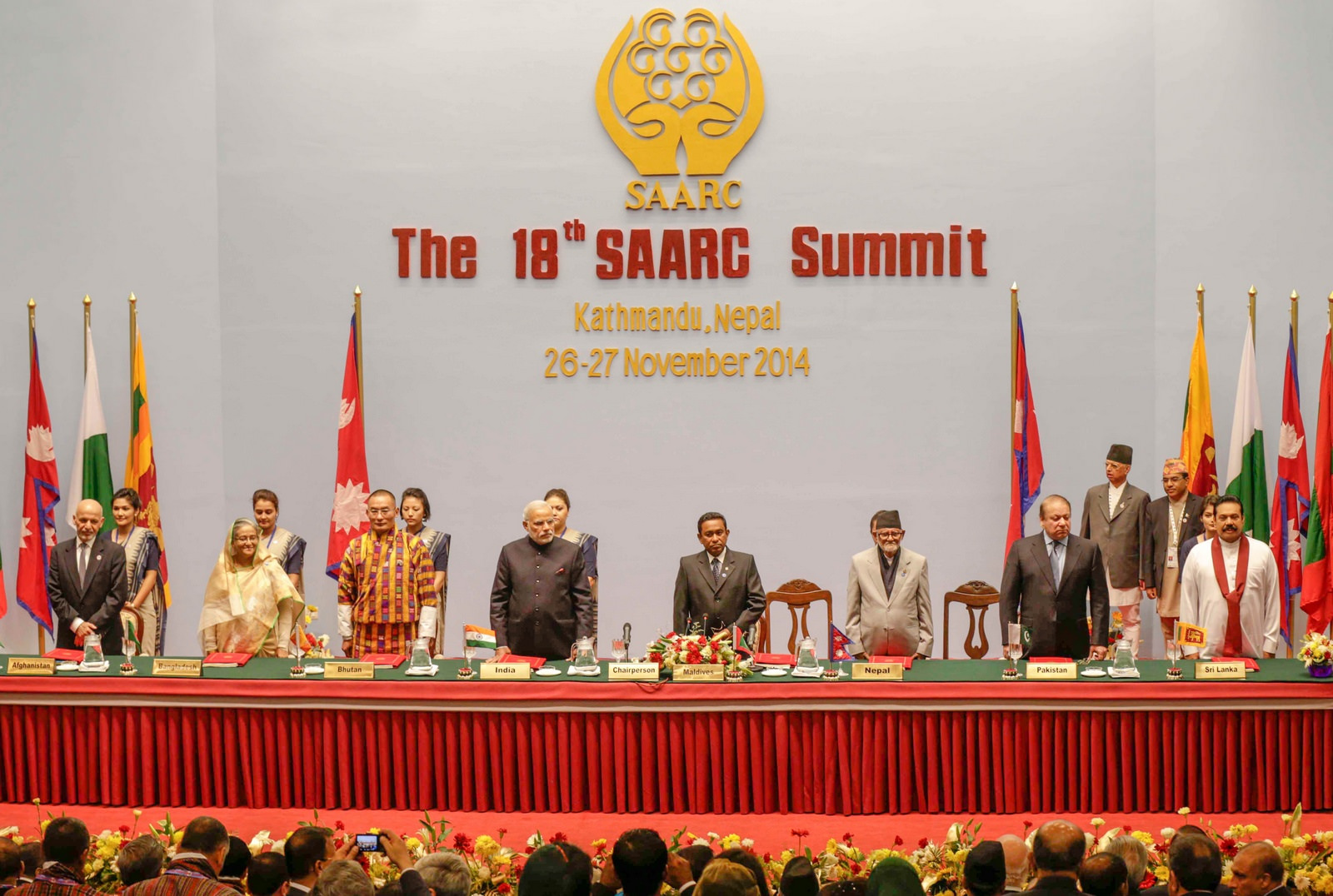 The South Asian Association of Regional Cooperation (SAARC) was established in December 1985 as a regional organization representing the countries of South Asia. SAARC originally consisted of Bangladesh, Bhutan, India, the Maldives, Nepal, Pakistan and Sri Lanka. Afghanistan was admitted as its eighth member in April 2007. Since 1985 until today, SAARC has not made major strides to deepen the process of regional cooperation particularly in trade, travel, tourism and cultural cooperation. Political cleavages, particularly between India and Pakistan, derailed not only SAARC but also questioned its survival as a viable regional organization. The postponement of the 19th SAARC summit, which was to be held in Islamabad in November 2016, is also evidence of how polarized the organization has become. Afghanistan, Bangladesh, Bhutan, the Maldives and India decided not to attend the summit citing the reason of cross-border terror attacks. The indefinite postponement of the SAARC summit and the worsening of Indo-Pakistani ties tend to augment the standoff and stalemate.

It is in this scenario that one can examine the possibility of admitting China as a full member of the SAARC. The Charter of SAARC requires consensus among all members for admitting a new member. If China is to be admitted it must get the support of all the members. China has an observer status in SAARC, but it was in the 18th summit, which was held in Kathmandu in November 2014, that Beijing expressed its interest in joining the organisation. However, this was not endorsed by India for geopolitical reasons.

Three realities exist as far as China’s admission as a full member of SAARC is concerned. Firstly, the perception that China is not a South Asian country as it doesn’t share a history and culture with the people of South Asia. China has borders with five of the eight South Asian countries and is located in the proximity of Bangladesh, yet, China is not a mainstream South Asian country. Secondly, China in view of its wide-ranging trade, economic and commercial relations with almost all the South Asian countries and geographical contiguity with South Asia is qualified to be a full member of SAARC. In his interview published in The Hindu newspaper, March 9, 2016, Professor Imtiaz Ahmed, Executive Director of the Regional Centre for Strategic Studies in Colombo maintained that, “the message behind the trend of globalization is that the region has to include China,” which, he argues, has now become a “South Asian country” for all practical purposes. This is because South Asian countries, for example, India, Pakistan, Bangladesh and Sri Lanka, have very close and strong ties with China in terms of trade and development. In essence, it is geo-economics rather than history or culture that shape relations between or among nations in the contemporary era and China in view of its successful foreign policy based on ‘soft power’ has no expansionist or aggressive designs against any South Asian country. Its enormous economic successes will prove to be an asset for South Asia rather than a liability.

Thirdly, almost half of SAARC members support China’s admission to the organisation as a full member. Indeed, it is not only Pakistan which vehemently supports China’s full admission but also members like Sri Lanka, Nepal and the Maldives. Unfortunately, SAARC is a hostage to Indo-Pakistani cleavages and conflicts. The issue of China becoming a full member of the group has also become victim to the vicious cycle of hostility between the two South Asian neighbours. For India, China’s admission as a full member may lead to an anti-Indian Sino-Pakistani alliance which other smaller members of SAARC may also join. It is the fear of China neutralizing India’s domination in South Asia which has led to New Delhi’s constant opposition to China’s membership. In order to pre-empt China’s admission India has tried to use its influence with Afghanistan, Bhutan and Bangladesh.

Last year in September the Chinese President Xi Jinping in his official visit to India urged the Indian Prime Minister Narendra Modi to change his country’s policy on opposing China’s membership in the SAARC. He also stated that China would support India’s full membership in the Shanghai Cooperation Organization (SCO) and he requested that the Indian Prime Minister should reciprocate this gesture by backing China’s SAARC ambitions. But, Modi was non-committal. Furthermore, Liu Zhenmin, Vice Minister of Chinese Foreign Affairs, representing China delegation at the 18th SAARC Summit, assured China’s support and cooperation for the SAARC by stating that “China is ready to enhance economic cooperation with the SAARC region. China has deepened cooperation in the field of trade, investment and agriculture in the organisation since it became an observer. The country has set aside US$ 550,000 for a SAARC Development Fund. China has already envisioned a SAARC-China Forum to strengthen the ties”.

Few may question the fact that China as a full member of SAARC will greatly benefit the present and future of that regional organization. Yet, when India, which has around 75% of the region’s population, territory and resources feels insecure and threatened by China, the likelihood of positive change in SAARC is limited. It is not only the China-Pakistan Economic Corridor (CPEC) which has prospects for other SAARC members to join but China is also working on both the overland Silk Road and Maritime Silk Road. BCIM (Bangladesh, China, India and Myanmar) is a forum for regional cooperation among the four countries to improve connectivity and trade. China is India’s largest trading partner despite their territorial disputes and recent tension over a mountain pass in Bhutan. When India and China have economic stakes and are engaged in other areas of trade and commerce, why is New Delhi not forthcoming to the idea of supporting China as a full member of the SAARC?

India needs to be perceptive, positive and prudent in its approach as far as SAARC is concerned. It needs to be mindful of the fact that the benefits of China joining SAARC as a full member outnumber the disadvantages. Furthermore, SAARC countries will enormously benefit from China’s experience in emerging as an economic superpower within the span of three decades. The fact that China will act as a buffer between India and Pakistan and its presence will not any more ensure New Delhi’s dominance in the organization also needs to be taken into account.

Dr. Moonis Ahmar is Meritorious Professor of International Relations at the University of Karachi. He can be reached at amoonis@hotmail.com. Image credit: CC by Mahinda Rajapaksa/Flickr.

What will Xi Jinping say about Taiwan at the 19th Party Congress?
India at the 2017 UN General Assembly