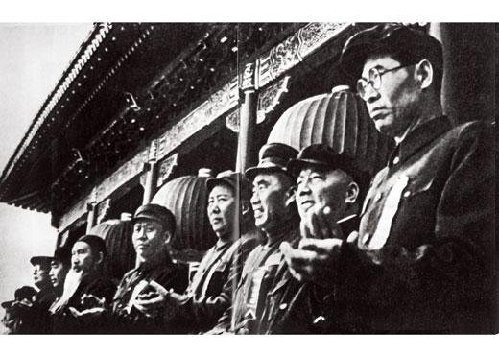 The eyes of the world are focusing on Beijing as the 19th National Congress of the Communist Party of China is convened on 18 October 2017. The official purpose of this meeting is the election of the new leadership of the Chinese Communist Party (CCP), including the Central Committee and alternate members of the Central Commission for Discipline Inspection. Many crucial topics will be brought to the table, including how to deal with the North Korea nuclear issue and the next phases of the massive “One Belt One Road” project. But this is all happening in the wake of major party turbulence, and the purge and investigation of Sun Zhengcai, the Party Secretary of Chongqing who had been slated as a possible successor before his abrupt fall in August. Because Sun’s ouster was justified on the grounds of corruption, we need to begin with that ever-expanding segment of the political environment.

According to the data from the CCP’s propagandistic summary of the last five years, the Central Discipline Inspection Commission (Zhongyang jilv jiancha weiyuanhui) surveyed 1.418 million corruption cases and punished 1.409 million cadres from 2012 to June 2017.  Just a few weeks before the 19th National Congress, Xi’s anti-corruption campaign is still rumbling on. Sun Zhencai, who was the potential successor of Xi Jinping as he was the youngest member of the Politburo, was expelled from the party just weeks before the National Congress. On 29 September, the party posted some shocking language about Sun, saying he had “shaken the ideals and beliefs, abandoned the party’s purpose, lost grip of the [correct] political stance and seriously violated of the party’s political discipline and political rules.”

Such language is reminiscent of that which had been directed at Sun’s predecessor in Chongqing, Bo Xilai. Bo had been considered a candidate for the elite Politburo Standing Committee in the 18th National Congress, but fell amid a very strange set of circumstances involving his wife and a murdered British businessman, a security chief in the boot of a car in the US Consulate in Chengdu, and political struggle with Xi. The investigation and trial of Bo Xilai and Wang Lijun, and its role at the 12th National People’s Congress, was the effective start of the national top-down anti-corruption campaign which emerged out of the 18th National Party’s Congress in a few months later.

Although our joint research focuses largely on Chongqing and China’s border areas, we possess no particularly special data about Sun’s case, nor do we have colourful personal anecdotes about Bo Xilai’s tenure in Chongqing or his perplexing fall from grace. Nor do we wish to add yet more speculation to what is already a media environment outside China where speculation about the inner workings of the CCP is necessarily the norm.  What we have instead is our own ongoing historical investigation into an earlier example of an inner-Party purge amid anti-corruption campaigns and central committee reshuffle. That is, we are reassessing the “Gao Gang Affair”, the CCP’s first case of removing members from the central committee due to their declaration as an “anti-party group.”

Reviewing new evidence and the historical example of Gao’s ouster is useful in helping to understand a number of problems currently being faced by Xi Jinping. First is the problem of justifying the purge of top comrades. The second problem is the sheer amount of energy and time which purges consume among the top leadership. Third, there is the nervousness that even top cadre must feel now, even as they enthusiastically support Xi Jinping as the ‘Party Centre.’

During the War of Anti-Japanese Resistance, Gao Gang was the top leader of the CCP’s base area in Northwest China. Dark and handsome, Gao acquired a reputation as an skilled advocate of Mao’s flexible line on land reform, particularly when Gao was sent to Shenyang and then Harbin as part of the Northeast Bureau in late 1945. In Manchuria, Gao became especially prominent, never shying away from the propaganda spotlight, and had strong contacts with both Stalin and Kim II Sung. As we have recently learned, he also had a deep connection to the current leader, Xi Jinping, via his father Xi Zhongxun in the northwest during the late 1930s. When the senior Xi was charged with anti-Party activities during the Cultural Revolution, his relationship with Gao was used against him; Xi had allegedly been Gao’s patron in Shaanxi. Before he was ousted in 1954, Gao was trusted by Mao Zedong, nominated as the vice-chairman of the central government and became the first leader of the Great Northeast Area after 1949. He was in every way a member of the inner circle of Party elites and thought of as a key member of the next generation of communist leadership.

In a larger study of the CCP approach to private enterprises in Sichuan in 1951, we found that Gao Gang and Deng Xiaoping (then the First Secretary of the Great Southwest Area), were very active during the Three-Anti (Sanfan 三反) and Five-Anti (Wufan 五反) campaigns. The Three-Anti was the CCP’s first major movement against corruption, waste, and bureaucracy after 1949, and the precursor to today’s anti-corruption campaigns; its primary target was not merchants, but party members. Gao Gang was the first one to launch the anti-corruption movement in the Northeast Bureau and in fact test-ran the concept of the Three-Anti in August 1951 through his zengchan jianyue neologism. (For an extended debate on this minor yet somehow very important point, Michael Sheng’s 2006 article in Twentieth Century China is recommended.) Mao very much appreciated Gao’s work and forwarded Gao’s report of the Three-Anti officials across the country in November 1951. According to the local archives, for those targeted, violence would follow, including extorted confession, “tigers” being hung up and beaten and the application of capital punishment.

In 1954, Gao was charged as attempting to displace Liu Shaoqi and Zhou Enlai, increasing his own power in the party. Gao admitted he had plotted against Liu Shaoqi, but never attempted to go against Mao and replace the leadership of the Party. On 17th February 1954, Gao Gang tried to kill himself, but failed.

So what lessons does this hold for Xi Jinping, and for observers of the 19th Party Congress? First, purges absorb an inordinate amount of core party leaders’ time. According to a newly published diary (Yang Shangkun Riji), Gao Gang’s purge almost completely consumed the central committee and the Politburo’s agenda from 15th to 25th February. The discussion at those meetings was very stressful for everyone in attendance. In the first few days, the discussion focused on checking and nailing down the facts of the charge to Gao and Rao; individuals were expected to give reports about their respective interactions with the accused. Everyone re-read their past communication with Gao (and Rao Shushi), which inevitably ‘revealed’ Gao’s ambition and factional guilt dating back to the 1930s and the base area period. This activity was less important for documenting the accusation than it was to draw a very clear line between themselves with Gao and Rao.

The second key lesson from the Gao Gang affair is that the purges fostered a culture of distrust between party cadres at the level of individual relationships. If we look at Deng Xiaoping through the prism of the Gao Gang affair, we can see that he worked closely with Gao in the early 1950s in particular. Again, almost inevitably, there is a Xi family tie. In 1952, Gao and Deng along with three other Great Areas leaders, namely Xi Zhongxun (the First Secretary of the Northwest Bureau), Deng Zihui (Middle-south Bureau) and Rao Shushi (East-China Bureau) were promoted to work in the central government in Beijing. Gao received particular recognition from Mao. Historians relay a common proverb from the time which to described Gao as leading this impressive pack of officials to the capital: “Five horses to Beijing, one takes the head” (五马进京,一马当先).

However, only two years later, Gao was charged with organising the “Gao and Rao Anti-Party Group” (高饶反党集团), attempting to displace Liu Shaoqi and Zhou Enlai, increasing his own power in the party. Although he had been one of the “five horses,” Deng Xiaoping was not considered part of the faction. In fact, with Chen Yun, Deng offered key evidence in February 1954, saying Gao approached to them and suggested that each of them could be a vice-president but without Liu Shaoqi.

According to the only officially-sanctioned biography of Gao Gang (Gao Gang Zhuan by Dai Maolin, also the foremost expert on the Northeast Bureau), Gao was forced to submit a statement to contrition to the central committee. Before submitting it, he asked a close colleague to review the draft which, crucially, did not admit the potentially fatal charge that he had “usurped the highest power of the party and the state”. That colleague was Xi Jinping’s father. After reading it, Xi called Gao and only said one sentence: “This document does not mention the crucial problem whatsoever.” A few months later, Gao finally succeeded in committing suicide.