Ascertaining the Status of Taiwan from Treaties and the ROC Constitution

Home /China, Taiwan/Ascertaining the Status of Taiwan from Treaties and the ROC Constitution 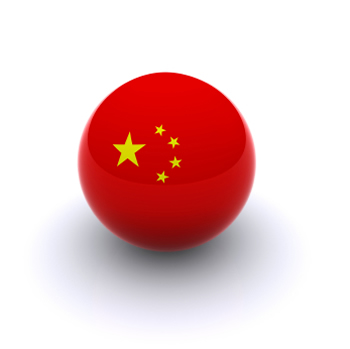 The question of Taiwan presents one of the most elusive problems in international law. While treaty texts pertaining to Taiwan are easily available to anyone, specialised knowledge and careful dissections are required to present an accurate interpretation of these treaties.

The current status of Taiwan is precipitated by two post-World War II peace treaties. The first is the Treaty of Peace with Japan, commonly referred to as Treaty of San Francisco (hereafter abbreviated SFPT), and the second the Sino-Japanese Peace Treaty, also known as the Treaty of Taipei. Interpretations of these peace treaties have been the subject of contentious debate among political factions in Taiwan and China. These treaties have been a conundrum even to experts, since their wording is not explicit on certain actual provisions.

“Pro-unification supporters argue that Article 10 grants the Republic of China sovereignty over Taiwan. In fact, Article 10 did not act to transfer sovereignty, since doing so is tantamount to giving an upgraded benefit, triggering Article 26 of SFPT, which would transfer the same advantage to all signatories of the treaty.“

Treaties of peace are milestones separating the states of war and peace between warring nations. A comprehensive interpretation of peace treaties requires knowledge of laws governing warfare. The laws of war not only govern conduct of soldiers during a war, but also outline the status of territories involved and responsibilities of warring nations in governing these territories. When examining the question of Taiwan, the legal concepts of military occupation and occupying powers apply. In a military occupation, the occupying power acquires jurisdiction but not sovereignty over the occupied territory.

The Status of Taiwan Before the Treaty of San Francisco

The Treaty of Shimonoseki, concluded after the First Sino-Japanese War, transferred sovereignty of Taiwan to Japan. The handover of Taiwan to Japan was a territorial cession and not merely a military occupation.

During the course of Second Sino-Japanese War, the Cairo and Postdam declarations were issued, providing for Japan to return Taiwan to China. These declarations were merely statements of purpose, however, rather than final war settlements. The only way to alter the sovereignty of Taiwan was to approach Japan after the latter’s defeat.

Japan surrendered on 15 August 1945. Pending the conclusion of a peace treaty, Japan remained officially at war with the Allied Powers. Since most military attacks against Japan were carried out by the United States, the US held the right of conquest over Japan. During the post-war occupation of Japan, the United States was designated the principal occupying power, but not the sole occupying power. Nations such as the United Kingdom, France and the Soviet Union should also be considered occupying powers over Japan at this time.

By virtue of General Order No. 1, Chiang Kai-shek was tasked with accepting Japanese surrender and conducting military occupation in Taiwan. For the purpose of law, Taiwan was to be treated as part of Japan, with the United States acting as the principal occupying power. The United States appointed Chiang as a proxy occupant, with Chiang acting as an agent of the American principal. Following the principle that military occupation does not transfer sovereignty, however, the declaration of “Taiwan Retrocession Day” was null and void. Instead of the beginning of the Republican Chinese sovereignty over Taiwan, Retrocession Day marked the beginning of Chinese occupation, as Japan retained de jure sovereignty over Taiwan.

The Chinese Civil War that ensued drove the Nationalist Government of China into exile in Taiwan. Legally, the retreat should be interpreted as the exile of an occupying power into occupied territory, with Japan as the host state. The case is unique in the sense that the host state had lost jurisdiction over its territory. The outbreak of Korean War then prompted the United States to alter its strategic direction for East Asia.

The Treaties of San Francisco and Taipei

Article 10 of the Treaty of Taipei touches on the nationality status of Taiwanese people. It is the subject of much debate due to its peculiar wording, but these facts assist our understanding of the article:

(1) Both the SFPT and Treaty of Taipei were drafted by John Foster Dulles, then US secretary of state

(2) Both treaties are subject to the laws of war

(3) The Treaty of Taipei is a client treaty to SFPT

Pro-unification supporters argue that Article 10 grants the Republic of China sovereignty over Taiwan. In fact, Article 10 did not act to transfer sovereignty, since doing so is tantamount to giving an upgraded benefit, triggering Article 26 of SFPT, which would transfer the same advantage to all signatories of the treaty. Hence, Chen’s notion that the Treaty of Taipei did not alter the status of Taiwan is correct.

Since the SFPT came into force until today, the actual nationality status of Taiwanese people has been “inhabitants of Taiwan and Penghu.” So as not to contradicting the SFPT, residents and organisations in Taiwan are deemed to be nationals of the Republic of China for the sake of convenience. Article 10 did not act to confer bona fide Chinese nationality to the people of Taiwan, so as to protect their rights under laws of war and reserve self-determination for them. Hence, the Republic of China nationality currently held by the Taiwanese people can be said to be a phantom nationality.

The phantom nationality of Taiwanese people has caused many predicaments, especially at immigration checkpoints and on university applications. This situation can be accurately described as “de jure statelessness with a phantom nationality.”

The United States has always iterated that diplomatic relations with China are based on a “One China Policy” (as opposed to Beijing’s One China Principle), the Three Sino-American Joint Communiques and the Taiwan Relations Act. The Treaty of San Francisco remains a treaty in force, and the Taiwan Relations Act can be understood as an extension of US treaty obligations, as an occupying power, toward Taiwan. The abrogation of the Treaty of Taipei in 1972 has no effect on the status of Taiwan.

For the purpose of migration to the United States, residents from Taiwan and Penghu are allocated places for “Taiwan,” while residents from the Quemoy and Matsu Islands share places allocated for China and do not take up places for Taiwan, due to distinct territorial statuses.

Chai Boon Kheng is currently a postgraduate student in the department of biomedical sciences, University of Nottingham Malaysia Campus. He tweets at @biopolymath. Image credit: public domain image by the US Army Signal Corps. Image credit: CC by Wikipedia Commons.

Xi’s Command of the Provinces
What will Xi Jinping say about Taiwan at the 19th Party Congress?