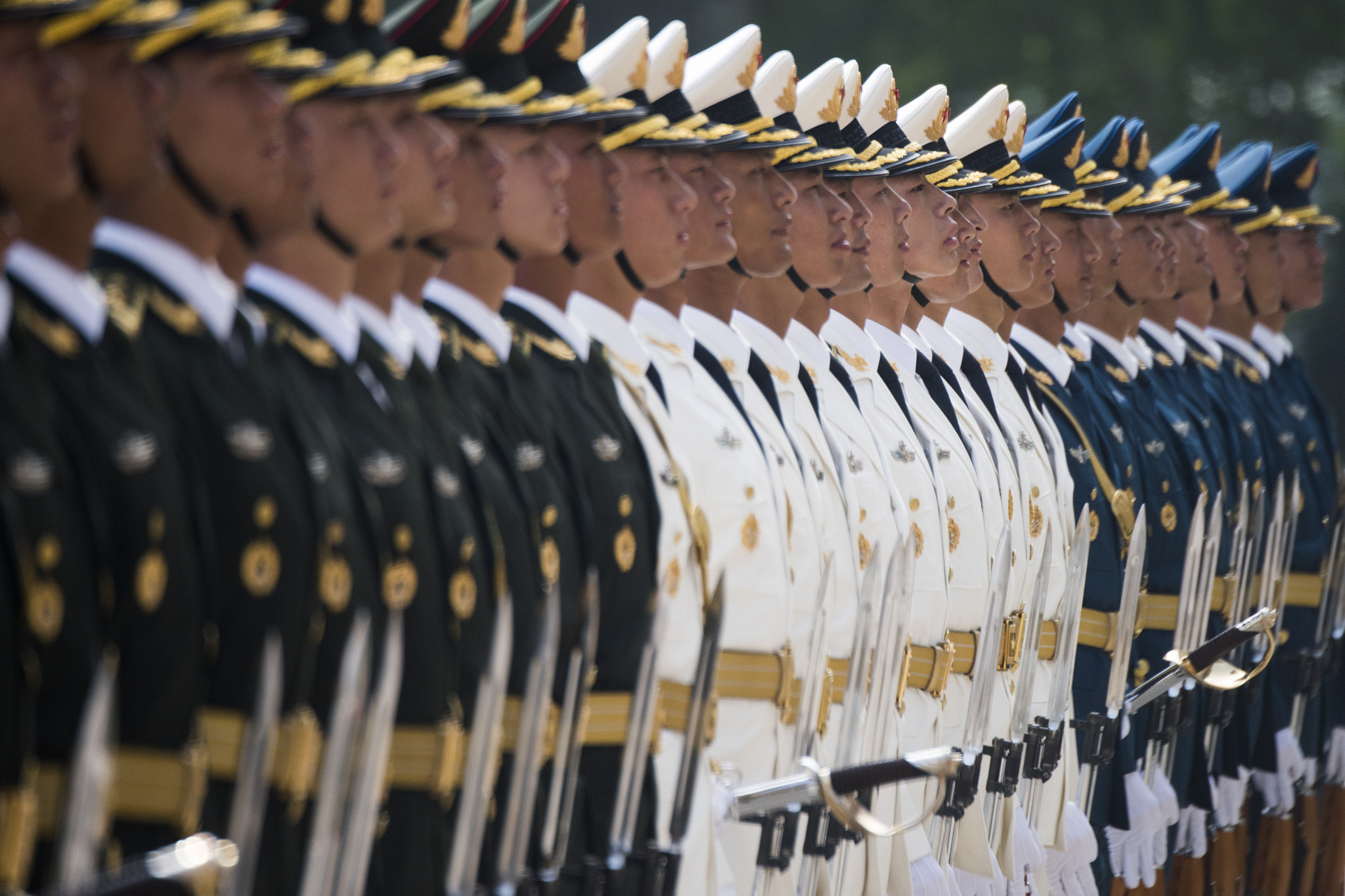 On October 18, the 19th National Congress of the Chinese Communist Party (CCP) will begin, and China’s military will be in the spotlight.

As well as laying out the nation’s direction for the next five years and appointing its top political leaders, it’s expected that the Congress will confirm the wholesale change of China’s military elite that has been underway for the past several years.

This comes as the People’s Liberation Army (PLA) undergoes its most sweeping and comprehensive set of organisational reforms since the 1950s. These reforms and leadership changes are intended to give China military muscle commensurate with its growing political and economic influence.

A changing of the guard

Since assuming power in 2012, General Secretary Xi Jinping has established his control over the military by purging some of the top brass while promoting allies.

Xi’s anti-corruption drive has claimed several high-level scalps, including generals Guo Boxiong and Xu Caihou. These two men, as former vice-chairs of the Central Military Commission (CMC), were the two of the most powerful uniformed military leaders in China.

More recently, two other CMC members, Fang Fenghui and Zhang Yang, reportedly came under investigation for corruption and disciplinary issues. Fang headed the powerful CMC Joint Staff Department, and was a frontrunner for CMC vice-chairmanship. Zhang served as the Director of the CMC Political Work Department, which looked after ideological education within the military.

This process has intensified in recent months. In 2017 alone, the four service heads (Army, Navy, Air Force and Rocket Force) and the commanders of three of the five military Command Theatres (Southern, Northern and Central) have been replaced. The top leaders of nine of the CMC’s 15 departments have also changed.

As well as the purges, Xi has sought to tighten his hold on the military by promoting a generation of younger leaders.

Better educated and more familiar with advanced technologies and modern military thinking than their predecessors, we should assume that they are more adapted to the demands of modern warfare with its focus on information and joint operations.

Indeed, with some estimates suggesting that 87% of the military’s delegates to the Congress will be participating as first-timers, there will be plenty of new faces, voices and ideas at the top of the PLA and in the CCP Central Committee.

No matter who makes up China’s new military leadership, they will need to operate in an environment of significant ongoing reforms and challenges.

In recent years, Xi has pushed forward an ambitious agenda that aims to overhaul the military and improve its combat effectiveness. Most importantly, the responsibilities and relationships between the CMC and subordinate groups, including the five joint Theatre Commands (Eastern, Southern, Western, Northern, and Central), have been redefined to enhance coordination and joint operations. It may be years before this new system can operate as effectively as intended.

In addition, in late 2015, China established the Strategic Support Force to oversee military operations in space, cyber, electromagnetic and information domains. This highlights the importance of advanced technologies, information and connectivity to Chinese military planners in any future conflict.

What will the Congress’ outcomes tell us about China’s changing military?

Most importantly, the structure and makeup of the CMC will be a strong indication of Xi’s hold over the military. It can also give clues to China’s military priorities.

Another indicator to watch is the PLA’s representation on key Party bodies, especially the Central Committee and the Politburo. However, given the Party’s recent strong insistence on the “Party controlling the gun”, it is unlikely that the military’s political power will expand through increased representation.

Moreover, if Xi is able to push through key personnel appointments on the CMC and on other key bodies in favour of candidates aligned with him, he will go into his second term in a very strong position.

Ultimately, the new military leadership unveiled during the Congress will send a number of important signals to China’s political elite, to the PLA, and to the world. It will offer clues on Xi’s standing within the Party, the state of Party-military relations, and likely priorities in the ongoing effort to fully modernise the Chinese military.

Looking ahead, expect Xi and the CCP to continue tightening their political control over the PLA while demanding advances in military capability, readiness, and professionalism.

Xi’s military reforms are wide-ranging and daring. If successful, they will increasingly enable China to compete with the United States and its allies for military predominance in Asia.

Bates Gill is a Professor of Asia-Pacific Security Studies, Macquarie University. Adam Ni is a Research Assistant, Strategic and Defense Studies Centre, Australian National University. This article was first published on The Conversation and can be found here. Image credit: CC by Chairman of the Joint Chiefs of Staff/Flickr.