China’s ‘Media War’ before and During the 19th Party Congress 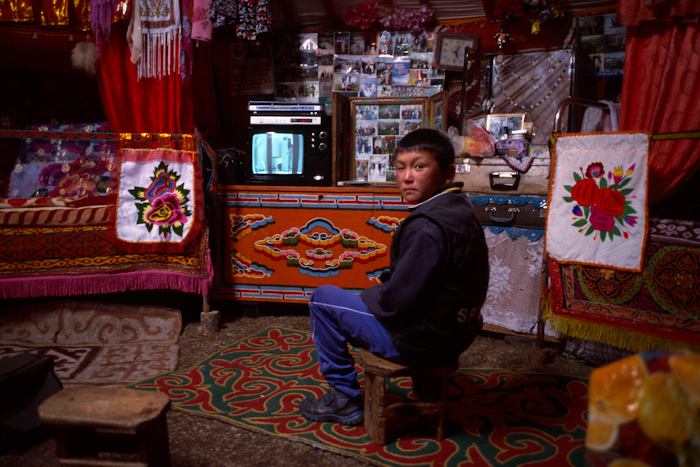 The Chinese Communist Party (CCP) understands the importance of controlling the media for such an important conference: on the one hand, it has effectively mobilised traditional and new media in publicising its messages to national and international audiences;on the other, it has launched effective measures to censor information deemed harmful to the stability and unity of the nation. In this short article, I will outline some of the measures that the CCP has taken in terms of media control in the period leading to and during this year’s shijiuda (十九大, the 19th Congress of the CCP).

China’s national broadcaster, China Central Television (CCTV), has played an important role in preparing the national audience for shijiuda. Its daily 7pm news, Xinwen Lianbo ((新闻联播), has been consistently reporting on the activities of the CCP leadership surrounding Comrade Xi Jinping since Xi’s last election. Since July 2017, CCTV has presented seven series of ‘special topic programmes’ (zhuantipian), or political commentaries, documenting China’s achievements in politics, the economy, culture, people’s lives, the environment, legal reform and diplomacy since the last Party Congress. These series are titled: Take the Reforms to the End (将改革进行到底), Governing China With Law (法治中国),  The Diplomacy of A Big Nation (大国外交), Inspecting the Sharp Sword (巡视利剑), A Glorious China (辉煌中国), A Strong Army (强军) and Remembering the Target and Marching On (不忘初心 继续前进). This series has also been broadcast by different levels of television stations in China and on the CCTV website.

From 16 September to 7 October, a documentary series titled Look at the Present (还看今朝) was broadcast live on the CCTV and 31 province-level television stations. The series consisted of thirty 90-minute long episodes. Each episode documents the achievements that China has made since the last Party Congress. All these television programmes effectively prepared the audience for the momentum of the Party congress.

In September, the State Administration of Press, Publication, Radio, Film and Television (SAPPRFT) ordered the Hong Kong based Phoenix TV Chinese channel to terminate its celebrity talk show programme The Bang Bang Trio (锵锵三人行). With 19 years of history, the programme was one of the most popular and longest running talk show programmes in China; it often contained political satire when commenting on news and current events. The official Weibo of the Phoenix TV attributes the closure to ‘programme readjustment’, but there has been suspicion that the forced closure of the programme was due to its coverage of politically sensitive issues.

On 18 October, all the major television stations in China broadcast live the opening ceremony of the shijiuda, including Xi’s three-and-a-half-hour opening speech. One television station stood as an exception: instead of live broadcasting the shijiuda opening ceremony, Xiamen Satellite TV, a city-level television station, followed its daily routine and continued to show a Minanese-language cartoon titled The Voyage of Zheng He (郑和下西洋). This exceptional move, intentional or not, was mocked by some netizens on Sina Weibo as ‘self-indulgent’ (任性). Due to alleged political pressure, Xiamen Satellite TV started to broadcast the 7pm CCTV News (新闻联播), a new practice for the TV station.

Television is not the only form of media that is subject to state control. The Internet and social media have been under even stricter surveillance and censorship. On 7 September, the State Council Information Office published Regulations on the Information Service of Internet Groups (互联网群组信息服务管理规定), in which web service providers are held responsible for administrating online contents. The regulations specify bans on nine issues including politically sensitive topics and unofficially sanctioned news about Taiwan, Hong Kong and Macau. Although the regulations were due to take effect on 8 October, a number of bans had been in place by various websites and social media providers including WeChat, Weibo and QQ since September. A number of social media accounts, including that of the history teacher Yuan Tengfei (with 16 million followers) who often wrote about controversial issues, was deleted from Weibo.

From the above account, however incomplete it is, we can see that the CCP has strengthened its technical and ideological control on media in China. The media function as platforms and vehicles for Party propaganda in support of the shijiuda. Media propaganda and control leading to and during the shijiuda has been reinforced, making the articulation of dissident voices almost impossible. As the shijiuda marks the official enshrinement of the ‘Thought on Socialism with Chinese Characteristics for a New Era’ (新时代中国特色社会主义思想), this new era perhaps manifests little hope for media freedom.

Hongwei Bao is an Assistant Professor in Media Studies at the University of Nottingham. Image Credit: CC by Juho Korhonen/Flickr.