China’s Xi sets his sights on the world 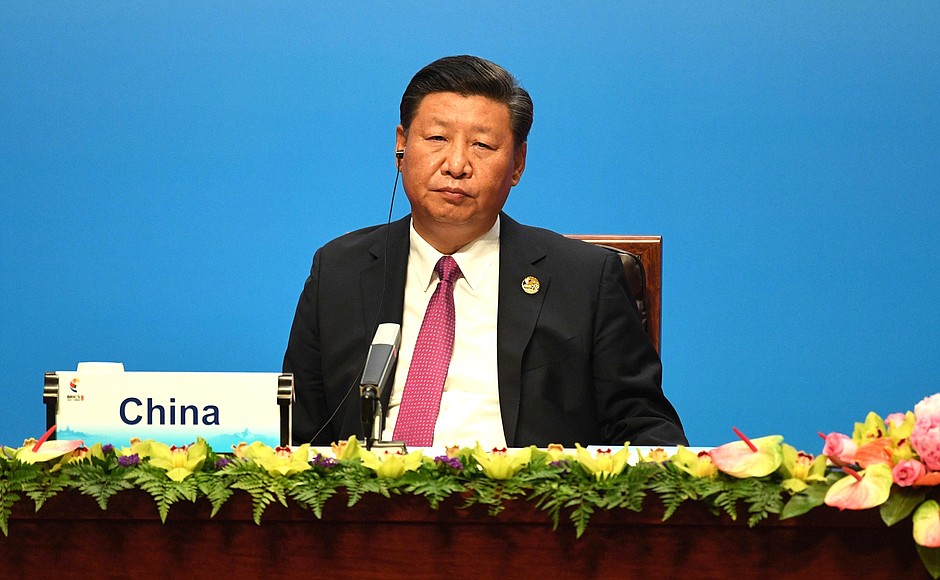 When the Chinese Communist Party’s 19th Congress drew to a close recently, President Xi Jinping emerged, as intended, with a steely new grip on power.

Having been enshrined in the Party Constitution as the sole legitimate interpreter of Chinese Marxism for the “new era,” Xi’s political authority in China is now absolute. Now he can move on his plans for the rest of the world.

The Congress is held every five years, and a recurring theme this year was China’s historical resentment against, and future redress of, the West. Communist officials chafe at China’s humiliating defeat by the British in the Opium War of 1840, and subsequent Western and Japanese imperialistic incursions. China’s past characterization as “the sick man of Asia” was cited many times during the Congress.

But now Xi has assumed “the mandate of history” to implement the “magnificent plan” realizing the “Chinese dream of glorious Chinese national restoration” by 2050. Proceeding from 2020, this plan is divided into two 15-year parts. By 2035, China will be fully developed and technologically advanced. It will then embark on taking its rightful place as the world’s unassailable economic and cultural leader, playing “an important role in the history of humanity.”

Speaking without compromise, Xi envisioned a post-2050 new world order he dubs “the community of the common destiny of humankind” (which the People’s Daily newspaper allows is “superior to Western mainstream international relations theory.”)

State authoritarianism on the rise?

In that world, America’s downward spiral under President Donald Trump continues unabated, and with it the end of Western liberal internationalism based on democracy and values of human rights and citizenship. Indeed, Xi hailed China as a model for “nations that want to speed up their development while preserving their independence.”

State authoritarianism and global power politics are how Beijing sees the rise to dominance playing out. Human rights and multilateral cooperation have no part in it. It seems that clock is already ticking, as China also announced the termination of its senior-level human rights dialogue with Australia.

China craves international affirmation and respect. Night after night, throughout the week-long Congress, Central Chinese TV news played clips of leaders around the world expressing support for the Congress, including a brief and heavily edited interview with Canada’s Jean Chretien.

From conference documents, it is clear that Xi Jinping’s “socialism with Chinese characteristics for a new era” means more tightening of political debate and restriction of foreign influence.

The indications are that China will further close its markets to foreign business in favour of more aggressive championing of “China first,” that “non-Chinese” religions (especially Islam and Christianity) will be further suppressed, and that policies toward China’s non-Han peoples are changing from ethnic accommodation to hard assimilation into the great “China nation.” That’s a tragedy for the great Uighur and Tibetan civilizations already weak and struggling for survival under Beijing’s suppression.

Xi will have to take the blame

How sustainable is this grand plan?

The danger in concentrating all power in his own hands is that while Xi is praised to the skies in state media for all China’s successes, he will also be held accountable for anything that goes wrong.

Moreover, the Congress was fully stage-managed, and it remains to be seen if the general population is truly prepared to sacrifice Chinese democracy and social justice for the promise of a Communist elite-led rise to pre-eminent global power in 33 years as a consequence.

The Congress did have some positive outcomes for the Chinese people. The Party promises to eliminate poverty by 2020, making China a beacon of hope for poverty-dogged Third World nations.

Xi also spoke of doing away with Shuanggui, the brutal interrogation and torture technique reserved for Party officials. Devised in the 1930s to deal with traitors, spies and the ideologically impure, it has more recently come to include anyone who opposes Xi’s dictatorship.

But torture is routine in Chinese police stations and prisons. In most capitals around the world, a main takeaway from Congress is Beijing’s now openly brazen contempt for civil liberties at a time when nations are trying engage China on the very basis of respecting human rights.

For instance, Canada’s Parliament just adopted Bill C-267 — the “Magnitsky Act” — which bars entry by, and forbids Canadians from financially engaging with foreign citizens who are complicit in torture or extrajudicial killings of anyone who defends or promotes human rights and freedoms. That includes the right to a fair trial or democratic elections.

As Canada actively identifies Russians and Venezuelans for the Magnitsky list, there are also many Chinese Communist officials who instantly meet the criteria.

It will be interesting to see if their names are added before or after free trade negotiations between Canada and China.

Charles Burton is an Associate Professor of Political Science at Brock University. This article was first published on The Conversation and can be found here. Image credit: President of Russia.