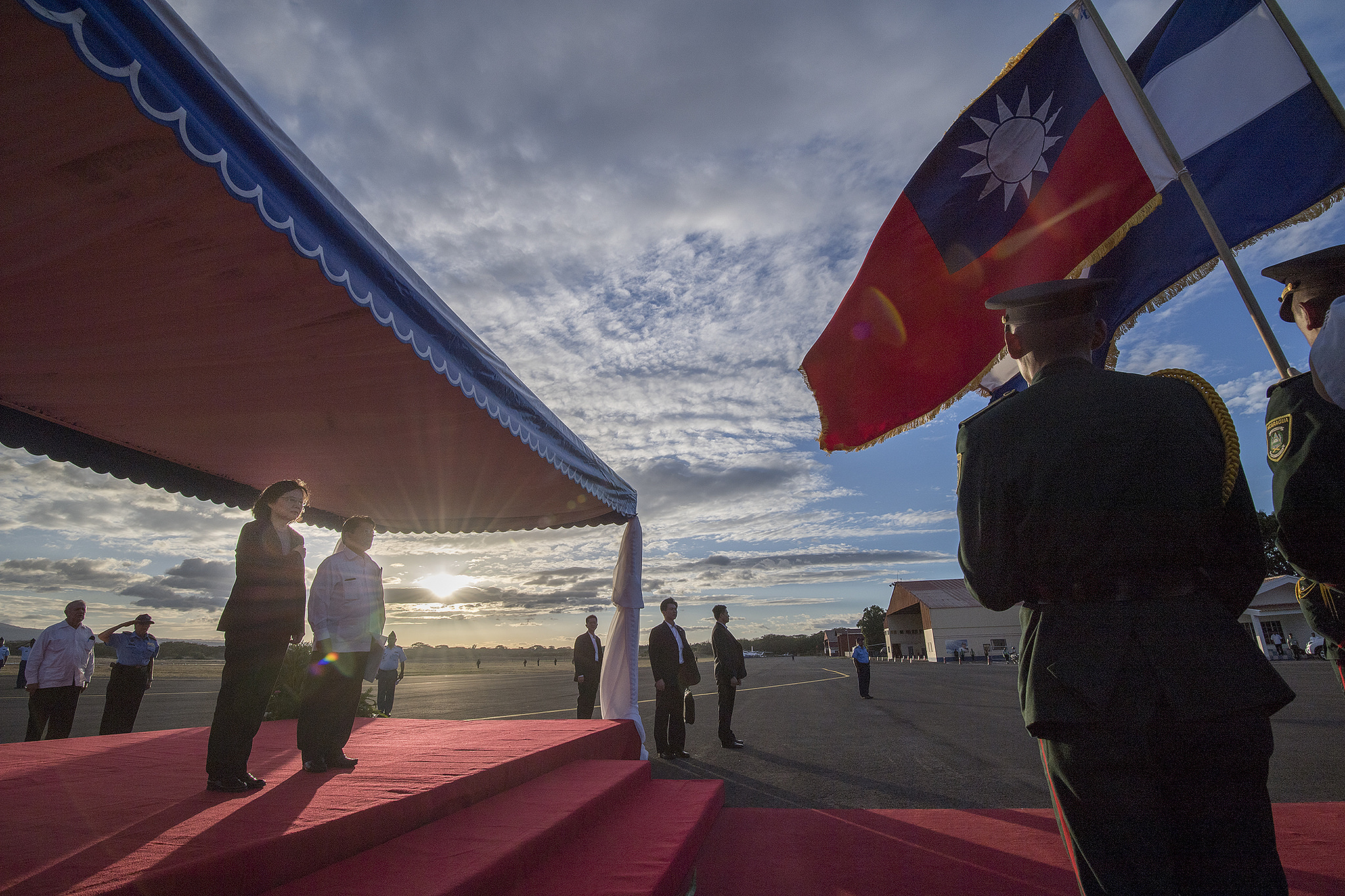 In her maiden policy address on 11 October 2017, Carrie Lam Cheng Yuet-ngor, the Chief Executive of the Hong Kong Special Administrative Region, made a pointed reference to China’s ‘one belt, one road’ (OBOR) Initiative. She said that Hong Kong would sign an agreement with the National Development and Reform Commission, China’s state planning agency responsible for implementing OBOR. This would allow Hong Kong to play an active, integral part in the initiative rather than to participate as a solo, detached entity.

Can Taiwan join in to take part in the OBOR initiative, if it wants to? How can it do so?

The OBOR initiative was officially announced by President Xi Jinping in 2013. It aims to connect Asia, Europe, and Africa physically, economically, politically, and culturally. It tries to promote trade and development through the construction of a web of roads, railroads, ports, oil and gas pipelines, telecommunication links, free trade zones, industrial parks, and economic corridors with other countries based on cooperation and mutual benefit.

The initiative consists of two main routes: one on land across Eurasia through Central Asia; the other by sea through the South China Sea, the Indian Ocean, the Red Sea, and the Mediterranean Sea. Sixty-four countries have initially been singled out for such connections to China. Curiously, Japan, South Korea, and Taiwan were not included in these sixty-four countries. Although South Korea is a member of the Asian Infrastructure Investment Bank, founded by China in 2015 to help finance mega infrastructure projects in Asia, Japan has yet to join the bank. Taiwan wanted to be a (founding) member but was unable to do so, due to political complications with China.

Taiwan, however, has done nothing so far to disrupt the implementation of OBOR. Japan, on the other hand, has competed fiercely with China for winning infrastructure projects, including high-speed rail constructions in Indonesia, India, Thailand, and the U.S. Japan has also set up its own infrastructure fund to help Asian and other developing countries. In addition, it works closely with India to make similar connections with countries stretching from the South Pacific to Africa along the rim of the Indian Ocean.

Taiwan is the first country in Asia to use Japan’s Shinkansen technology to build its high-speed rail line connecting Taipei in the north of the island to Kaohsiung in the south. The line started to operate in 2007. In comparison, China is a late comer to the high-speed rail industry, but it has now become the world’s leader in the industry, all within about a decade or so. China has a high-speed rail network measuring 20,000km linking up nearly all the major cities in the country, a mileage more than the rest of the world combined. Hong Kong is now in the final phase of building its high-speed rail to connect to the mainland by late 2018. China is keen to build a high-speed rail crossing the Taiwan Strait connecting its Fujian province with Taiwan, but Taiwan is reluctant to entertain such an idea for political and military reasons.

Is Taiwan therefore going to miss the train, as it were? In a way, yes. Consider Taiwan’s trade with Europe, which has to go by ship through the Malacca Strait and the Suez Canal. If it is connected by train through an undersea tunnel to Fujian, then it can use the Chinese rail system to move cargos across Eurasia. Already China is connected by freight trains running on a regular basis from thirty-three Chinese cities to thirty-two cities in twelve European countries. At present, Taiwan’s trade with countries in Central Asia is negligible due mainly to geography. The possible use of Chinese freight trains across Central Asia will therefore open up a new and exciting market for Taiwan.

Taiwanese businesspeople were among the first groups to realise this potential. Taiwan’s electronics giants like Acer, Asus, and Foxconn, and those from other countries, moved their production bases from coastal China to Chongqing in central China to make use of the relatively cheap labour there. The traditional route that they used to ship their laptops and other electronic goods was by land to port cities like Shanghai and Guangzhou and then ship them pass the Malacca Strait and the Suez Canal to Europe. That was costly and time-consuming compared with the train routes across Eurasia. Regular trains started to run between Chongqing and Duisburg in Germany in 2011. Now daily train services have become a routine transportation means for some manufacturers in China and Europe.

Japanese and South Korean logistic companies too have begun to realise the significance of this relatively new transcontinental train route. Some of them choose to ship their goods from Nagoya and Busan to Shanghai across the East China Sea and then use freight trains to continue their onward journeys to Europe. Taiwan could do something similar: ship goods across the Taiwan Strait followed by trains to Central Asia and Europe, and vice versa.

China’s OBOR is slated to be open, inclusive, and mutually beneficial. On this ground, there is chance for Taiwan to work with China, like many other countries, friends or competitors. In this respect, Hong Kong may offer some guide: as an active participant instead of a separate entity or a passive onlooker.

Gerald Chan is Professor of Politics and International Relations at the University of Auckland, New Zealand, and (in 2017) Senior Fellow in East Asian Studies and Global Cooperation Research at the University of Duisburg-Essen, Germany. His forthcoming book is entitled Understanding China’s new diplomacy: Silk Roads and bullet trains (Edward Elgar, March 2018).  This article was first published on Taiwan Insight, the online magazine of the Taiwan Studies Programme. Image credit:  CC by Office of the President of the Republic of China (Taiwan)/Flickr.