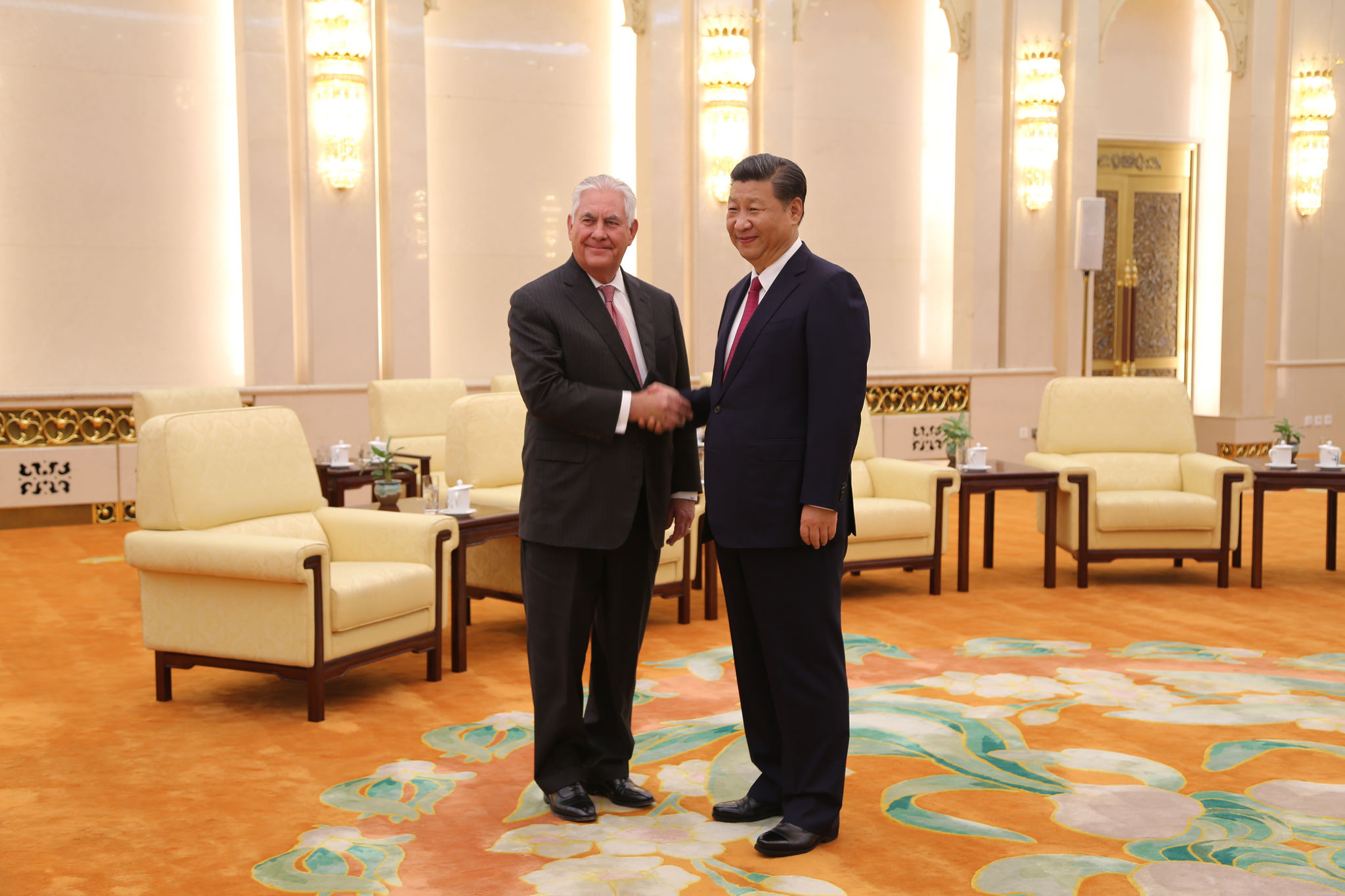 Chinese President Xi Jinping has made fighting official corruption a cornerstone of his reign.

Judging by the numbers alone, the campaign has achieved impressive results. Astonishingly, the Chinese Communist Party (CCP) has disciplined well over one million officials since Xi took power in 2012. The anti-corruption campaign has snared hundreds of high-level leaders – including, most recently, former Chongqing Communist Party General Secretary and Politburo member Sun Zhengcai.

Xi’s fight against corruption has made him enormously popular among the Chinese people. As a political scientist and close observer of Chinese politics, however, I would argue that Xi’s enthusiasm to root out corrupt officials isn’t based on his own rectitude. Indeed, Xi’s family has inexplicably managed to accumulate over $1 billion in wealth, according to reports by Bloomberg. Rather, it rests on Xi’s determination to strengthen his personal power and that of the party he leads.

We should pay attention. If Xi succeeds in centralizing his control over the world’s most populous country, the United States will be presented with an increasingly confident and formidable competitor.

Corruption is built into the structure of China’s governing institutions. Xi’s campaign is more about managing the scope and consequences of corrupt practices than rooting them out altogether.

Corruption fuels job promotions, the awarding of government contracts and the transfer of public assets into private hands at fire sale prices. Corruption in China is rooted in the blurred lines that come with a system combining weak rule of law, considerable autonomy on the part of local officials and an economic model featuring opaque relations between private enterprise and a large state-owned sector.

Xi has approached the problem of corruption much like his predecessors, though with unusual vigor, scale and persistence. Periodically, the CCP leadership has undertaken highly visible campaigns against corruption. During these campaigns, teams of officers from the CCP’s Discipline Inspection Commission sweep the offices of municipal or provincial governments and party units. These efforts have succeeded in preventing corruption from overwhelming the political system and undermining the economy. But the misuse and plunder of state resources nevertheless remains pervasive.

If Xi were serious about rooting out corruption more thoroughly, deep institutional reformswould be required. In countries where corruption has been successfully addressed, these have included strengthened rule of law, greater judicial independence, democratic accountability, institutional transparency and greater space for media and civil society watchdogs.

In China, scholar Pei emphasizes the need for clearer property rights that prevent officials from exploiting public assets for private gain. Such measures would both limit the opportunities for graft and more easily expose that which does take place.

Yet Xi has shown little interest in these kinds of reforms, which would threaten the leading role of the Communist Party. Indeed, his attacks on rights lawyers, independent media and non-governmental organizations – precisely the groups that in other societies hold public officials to account – have pushed in the opposite directions.

Too many pigs at the trough

So if Xi has ruled out the most effective anti-corruption tools, why is he going after corrupt officials at all?

In The Dictator’s Handbook, political scientists Bueno de Mesquita and Alastair Smith theorize that authoritarian leaders cannot rule without the support of other powerful players, such as military generals, business leaders and key intellectuals. Their demands must be met. Such leaders survive, therefore, by channeling rewards to those supporters most essential to the leader’s maintenance of power. Over time, however, the number of individuals attached to the ruling coalition tends to grow, as does the price that each member demands for support. We might call this the “too many pigs at the trough” problem.

This may be sustainable if the economy is rapidly growing, but becomes more problematic once growth slows, as indeed it has in China in recent years. Because the monetary gains extracted by corrupt officials serve as dead weight from an economic perspective, corruption itself can become a source of worsening economic performance. The costs of paying off a bloated coalition of greedy supporters are considerable: a reduced take for the dictator himself, lagging revenue growth and declining popular legitimacy, the latter necessitating increasingly costly repression.

All of this explains why newly installed leaders move quickly to cull the number of pigs at the trough, as Xi has done since taking power in 2012. By retargeting private rewards only to those whose support is truly essential and reducing the size of payoffs to the minimum necessary to avert defection, the leader thereby shores up his power position with a smaller and more manageable ruling coalition.

Of course, culling the herd means more than simply cutting rewards to non-essential coalition members. They must be jailed or otherwise rendered incapable of retaliating. Factions organized around political rivals must be disrupted.

Such is the case with Xi’s recent uses of the anti-corruption campaign to undermine the Communist Youth League associated with Xi’s predecessor, former Chinese President Hu Jintao. Ruthlessness toward those unlucky enough to be targeted also sends a warning to the remaining coalition members.

Xi’s anti-corruption campaign is reshaping the magnitude and composition of the ruling coalition and the size of the payoffs to remaining members, thereby strengthening his own hold on power. But as long as China’s political order remains dominated by a single party, a system for funneling private rewards to members of the ruling coalition will remain essential to its functioning. Xi’s image as China’s “Mr. Clean” is more mirage than reality.

David Skidmore is a Professor of Political Science at Drake University. This article was first published on The Conversation and can be found here.Image credit: CC by U.S. State Department/Flickr.

Religion & Resilience after Yolanda
Keeping Yolanda in the News