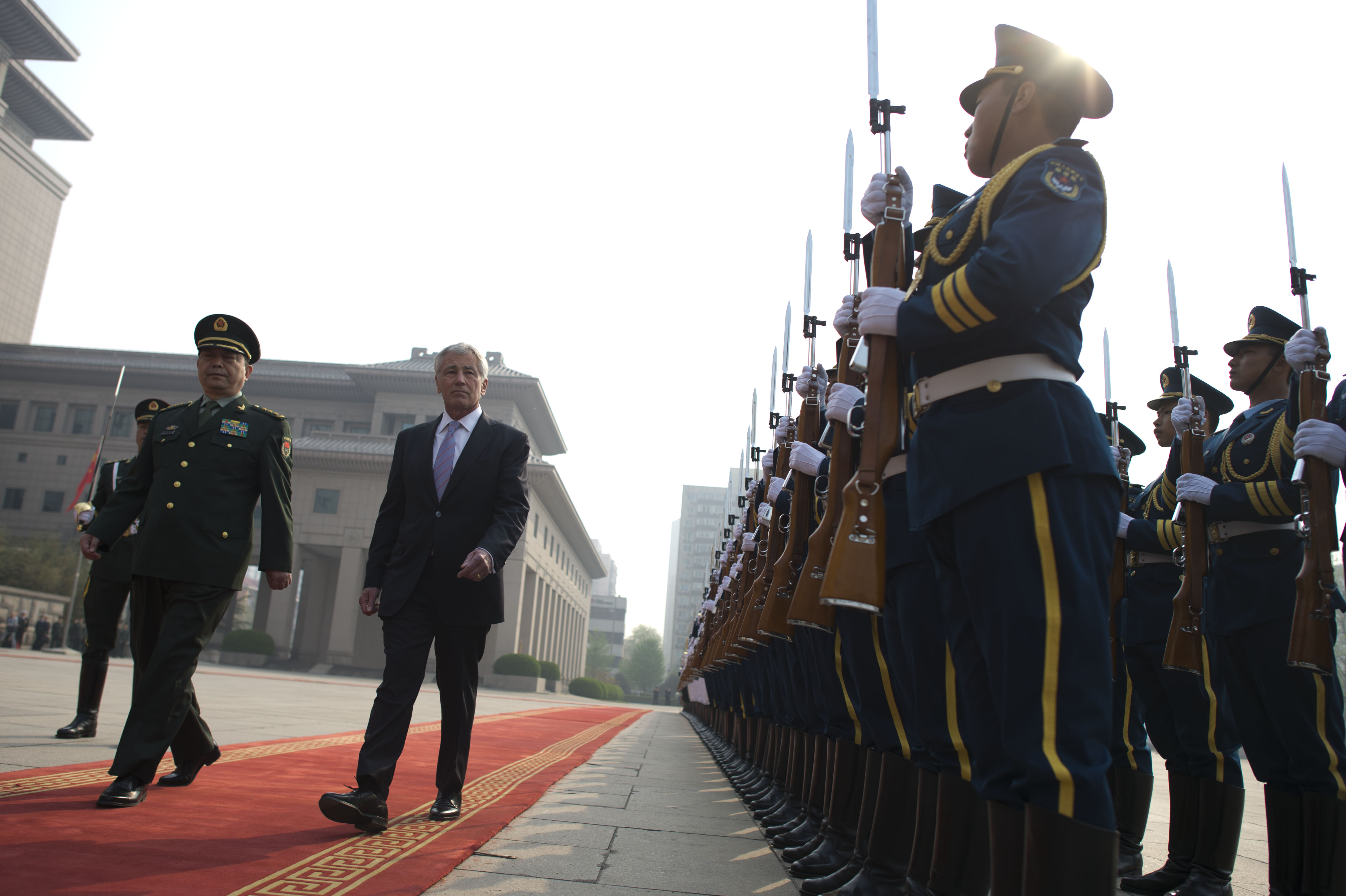 One dominant theme of President Xi Jinping’s political report at the 19th Party Congress is China’s national rejuvenation. China was described as a “great power” or a “strong power” 26 times in his speech. According to Xi, by the middle of this century China will become a leading nation in comprehensive national power and international status. This will usher in a “New Era”: if Mao made China independent (zhan qi lai), and Deng made it prosperous (fu qi lai), Xi will make it strong again (qiang qi lai). Thrilled by this prospect, a top education official predicted that in 2049, Chinese standards of education will become the standards of the world.

What is not emphasized in the report is that China’s path toward becoming a world leader is not likely to be smooth sailing. In order to fulfill these ambitious targets, China has to overcome four traps: the Middle-Income Trap, the Tacitus Trap, the Thucydides Trap, and the Kindleberger Trap.

This occurs when a country attains a certain income and gets stuck at that level, which falls short of that of advanced economies. Keenly aware of this challenge, Xi promised in 2015 that China’s annual growth would not fall below 6.5 percent for the subsequent five years. While he did not specify the growth rate at the 19th Party Congress, it is estimated that China’s GDP per capita has to reach more than $20,000 (in present value) and sustain an annual growth rate of at least 5 percent during 2020-2035 in order to “basically realize socialist modernization.” For this reason, GDP growth may continue to be used as the yardstick to measure local government officials’ performance.

Meanwhile, in recognition of the social cost associated with the single-minded pursuit of economic growth, Beijing is taking a more proactive approach in promoting other developmental goals, including environmental protection and poverty alleviation. Sensing incoherence and contradiction in central policy, local officials may turn to strategic disobedience, timidity, or inaction in policy implementation, which can be exacerbated by the ongoing anti-corruption campaign. As a result, China may well find its economy end up like that of Mexico, Brazil, or Argentina, which show clear signs of the Middle-Income Trap.

A term coined by the Chinese, although it is likely derived from Tacitus, a historian of the Roman Empire. It describes a situation where no matter what the government says or does, people will consider it a lie or a bad deed. President Xi himself used the term to highlight the need to maintain government credibility, without which “the Party’s legitimacy foundations and power status will be threatened.” In order to overcome the Tacitus Trap, the Chinese state is supposed to introduce more transparency, restructure state-society relations, and renew its legitimacy base.

The theory that a rising power will inevitably challenge the dominance of an existing hegemon, and the latter’s fear of that prospect can trigger competitive dynamics that ultimately lead to confrontation, even war. In response, China claims that it does not pose a threat to any other country, and that it will never seek hegemony or expansion “no matter what stage of development it reaches.” Harvard’s Graham Allison begs to disagree. In his latest book Destined for War: Can America and China Escape Thucydides’s Trap?, he contends that “Unless China is willing to scale back its ambitions or Washington can accept becoming number two in the Pacific, a trade conflict, cyberattack, or accident at sea could soon escalate into all-out war.” Bonnie Glaser and Matthew Funaiole of the Center for Strategic and International Studies (CSIS) echo this by suggestingthat China’s ambitious project to build a “first-tier force” and to increase its international influence could reinforce “the widely held assessment that China harbors a deep-seated desire to displace the U.S. as the dominant power in Asia.”

A phrase coined by Harvard professor Joseph Nye but derived from the late economic historian Charles Kindleberger. Both the Thucydides Trap and the Kindleberger Trap highlight the danger inherent in the shifting balance of power. What makes them different is that rather than focus on the threats from a strong aspirant power (as implied by the Thucydides Trap), the Kindleberger Trap attributes the failure of the international system to the under-provision of global public goods. Kindleberger argued that the chaotic and disastrous nature of the 1930s was caused by the failure of the United States to assume the international responsibilities that came with the mantle of the largest global power that it took from Great Britain. The term can also be used to explain the challenges faced by the current global governance regime. As the United States seems to be retreating from its international commitment, the international community is turning to China, which has indicated its interest in filling the void left by the United States.

As I noted in a recent piece, China has to overcome significant capacity gaps–small amounts of foreign aid, a lack of soft power, and mounting domestic political economy challenges–before it can play the role of a true global leader.

Of the four traps, the first two will determine China’s internal transition, while the other two will have direct implications for U.S.-China relations and global governance. The four traps are nevertheless not mutually exclusive. For example, both the middle-income and Tacitus traps undermine China’s ability to project its international power and influence, while the Thucydides Trap and the Kindleberger Trap both shape the international security and governance landscape that provides incentives or disincentives for China to address its domestic political and economic challenges. President Trump and his China team may have to keep the four traps in mind in their dealings with an increasingly confident and assertive China.

Yanzhong Huang is Senior Fellow at the Council on Foreign Relations and a Professor of Global Health Studies at Seton Hall University’s School of Diplomacy and International Relations. He tweets @YanzhongHuang. This article was first published on the Council on Foreign Relation’s Asia Unbound blog and has been reposted under Creative Commons. Image credit: CC by U.S. Department of Defense Archive.

Catalonia, Taiwan, and the Centralising State
The Two Faces of Intervention in the Visayan Coconut Industry