One Country, Three Systems and the Limits on Freedom in Today’s PRC 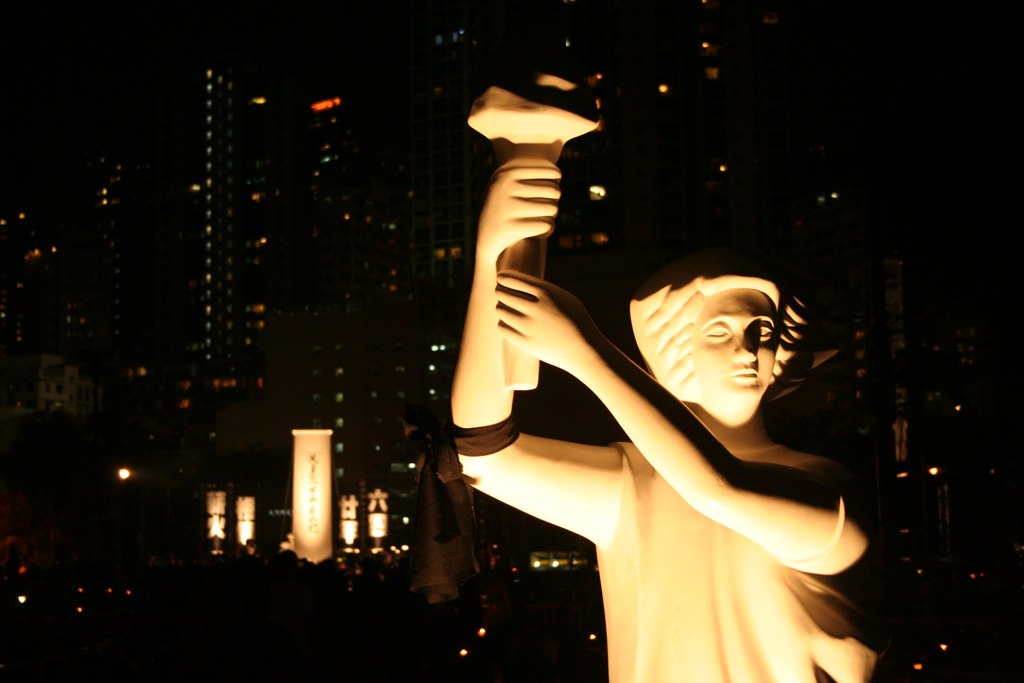 When journalists interviewed me during the lead-up to the Chinese Communist Party’s 19th Congress, some grew frustrated by my unwillingness to make predictions. In dodging their forecast questions, I often played the history card.  “Historians like me,” I would say, “are more comfortable focusing on the past than the future.” I sometimes added that it was worth noting how misguided much of the prognosticating chatter about Xi Jinping had been five years before when he first ascended to power. Many analysts seemed certain in 2012 that Hu Jintao’s successor was likely to be either another colourless status quo-maintaining figure or a reformer, perhaps even a liberaliser. In fact, Xi has turned out to be something quite different: a strongman leader with a growing personality cult.

Some illiberal trends were already underway during the second half of Hu’s decade in power, which lasted from 2002 to 2012, but Xi, far from being a liberalizer, has ratcheted up controls over many spheres of activity. What I could have mentioned to the reporters, but did not, was that I remain keenly aware of how wrong I was myself just over twenty years ago when I slipped up and made a prediction.

On October 1, 1996, when I was stopping in Hong Kong nine months ahead of the handover that turned it into a Special Administrative Region (SAR) of the PRC, a student group at City University aired The Gate of Heavenly Peace, the Long Bow Group’s powerful documentary on the Tiananmen protests and June 4th Massacre of 1989, and invited me to take part in a question-and-answer session afterwards. It turned out to be a moving experience, as many of the students who attended wanted me to tell them was whether I thought that after the handover local protests might be met with the sort of brutal force detailed in the film, for which I was a consultant. I found it impossible to give them the unqualified reassurance they wanted, so I did my usual “don’t ask the historian to forecast the future” routine. I mistakenly threw caution to the wind and made a prediction soon after getting back to the US, though, and went on record as saying that I was confident about one thing regarding post-handover Hong Kong: there would be no more public showings of The Gate of Heavenly Peace, which was banned in all parts of the PRC. I was dead wrong. In the summer of 1997, in part to show that the “One Country, Two Systems” promise would make a difference in tackling taboo subjects, a local theatre showed the documentary multiple times.

Ever since then, I’ve been fascinated by trying to keep track of how exactly Hong Kong and mainland cities differ when it comes to such things as what can be said and watched, what kinds of texts can be published and posted on walls, and what kinds of protests can be held. The standard way to describe these differences is still via the “One Country, Two Systems” construct, which posits a disjuncture between the rules pertaining to Hong Kong, and to a degree also Macau, on the one hand, and all the other parts of the PRC on the other. And the idea of dividing the PRC into two basic parts works well, up to a point, where issues of freedom of expression are concerned. Only in Hong Kong are public gatherings held to mark the anniversary of the June 4th Massacre. Many things can appear in print and online there that would be censored across the border in Shenzhen. And so on.

In many ways, though, I actually feel that it is a “One Country, Three Systems” state. Xinjiang, home of the majority-Muslim Uyghur ethnic group, and Tibet have long been subjected to an especially strict form of control, which has recently become tighter than ever. The internet is censored across the mainland and limits on the flow of digital content are ramped up at special moments, such as when a major unexpected occurrence takes place (from an industrial accident to a demonstration) or an expected grand spectacle nears (from an anniversary celebration to a Party Congress). But only in Xinjiang has it been completely shut down in response to a crisis – for six months after ethnically-charged riots in July 2009. You cannot buy a copy of a book portraying the Dalai Lama in a positive light in any part of the mainland, but only in Tibet would it be dangerous to have any book about him in your possession. There is much more latitude given to demonstrators in Hong Kong than in any mainland city, but it is far less risky to engage in small acts of protest in Shanghai than Urumqi, Xinjiang’s capital.

In a sense, even a “One Country, Three Systems” perspective is too limiting. It glosses over the fact that there is a livelier press and more academic freedom in Hong Kong than in Macau, and that it is harder to do some things in Beijing than 1,600 miles to the southwest in Kunming, due to the CCP’s special concern with maintaining order and appearances in the capital. Still, it gets us closer to the truth than just making room for two modes of authoritarianism. A good way to appreciate change over time within the PRC, moreover, is to note when things that typically happen in one of the three areas start to take place in another.

During the first decade following the handover, one source of hope among those concerned with human rights issues was that some specific aspects of the Hong Kong system were seeping over the border into neighbouring parts of South China. For example, in the late 1990s and early 2000s, when there was a general if very gradual loosening trend in many spheres of mainland society, the Southern Weekly newspaper, published just over the border from Hong Kong, became an important mouthpiece for unconventional ideas. Even after the tide turned around the time of the 2008 Beijing Olympics, Guangdong Province remained a place where an unusual among of envelope-pushing journalism was done.

In the last few years, by contrast, we have begun to see disturbing examples of a different sort of seeping across borders: things previously associated with the structures of control in Tibet and Xinjiang are showing up in cities such as Shanghai and Beijing, while actions formerly common in those urban centers but not in Hong Kong are making their way into the SAR. A very recent case in point was the passing of a law that makes showing disrespect for the national anthem punishable by up to three years in prison — and then the central government following up by insisting that this would apply to Hong Kong as well as the mainland.

In light of these moves and the general trends of the recent year, I have been thinking a lot about the way the “canary in the coal mine” has been applied to Hong Kong. The notion here is simple: like the little birds lowered into mine shafts in cages to determine if there was enough oxygen below ground to sustain life, there is a tradition of saying that Hong Kong’s ability to thrive within the PRC will tell us important things about just how toxic the country’s political atmosphere is.

My reaction to learning that The Gate of Heavenly Peace could be shown in Hong Kong after the handover took place was like that of someone standing above a mine seeing a canary pulled up into the daylight still breathing. The same thing happens now when I visit the SAR and see the replica of the Goddess of Democracy statue at the Chinese University of Hong Kong since a comparable work of art would be removed immediately if put up on any mainland campus. There have also been developments, though, that have the opposite effect. Take the case of Joshua Wong and two of his colleagues were required to do community service for their roles in the 2014 Occupy Central protests, then being sentenced again, and this time given jail time, after the local authorities decided that the initial decision had been too lenient. This reversal, caused by a desire to appease Beijing, was a dead canary moment. So, too, is the move to excise all references to Tiananmen from the history textbooks used in Hong Kong schools and creating a transit checkpoint inside the SAR that will be policed by mainland rather than local security details.

The canary metaphor can be applied to other parts of China as well.  The jailing of relatively moderate mainland activists trying to work for change within the system has been a worrisome indicator of an increasingly toxic environment. So, too, has been the persecution of rights lawyers and the closing down of some liberal publications. A particularly poignant indication of the decreasing level of oxygen in the mainland political atmosphere came this summer when Nobel Peace Prize winner Liu Xiaobo’s request to be able to go abroad for medical treatment was denied, even though in similar situations in the past high profile dissidents had sometimes been able to leave the country when their health declined. Liu died on July 13, in a hospital and the custody of the state.

The imprisonment and death of activists, the mysterious disappearance of the five Hong Kong booksellers in 2015, and the closing down of some liberal mainland publications are all dramatic indicators of increasing toxicity. There are also subtler ones worth noting. Soon after Xi took power, for example, the Southern Weekly was forced to change; it was allowed to continue to operate but pressured to take a more standard approach in its editorials and reporting. A major Beijing-based liberal critic, He Weifang, while not forced into prison or exile, has been banned from using all forms of social media. There has been a rise, in Hong Kong and on the mainland, in various forms of self-censorship, as people realize that there is a steeper price to pay in the so-called “New Era ” than there was even a few years ago.

To make sense of the current situation, we need to look at the way patterns associated with the most tightly controlled parts of the country are starting to proliferate within places that in the past had been the least tightly controlled sections of the PRC. We would also do well to alter our thinking about politics and songbirds. The most disturbing thing is when metaphoric canaries die from lack of oxygen, but it worrisome, too, when they can stay alive but can no longer sing.

Jeffrey Wasserstrom is Chancellor’s Professor of History at UC Irvine, an Academic Editor of the LARB China Channel, and the author, most recently, of Eight Juxtapositions: China through Imperfect Analogies from Mark Twain to Manchukuo (Penguin, 2016).  He and Maura Elizabeth Cunningham are currently finishing work on a comprehensively updated third edition of China in the 21st Century: What Everyone Needs to Know, which will be published by Oxford University Press early next year.  Follow him on twitter at jwassers .  Image credit: CC by Venus Wu/flickr

This article has been published with the kind cooperation of the Los Angeles Review of Books China Channel. A version of the article can be found here.

Taiwan, China, and the future of U.S. policy in Asia
Moving Forward on Trade in Uncertain Times: Lessons from APEC