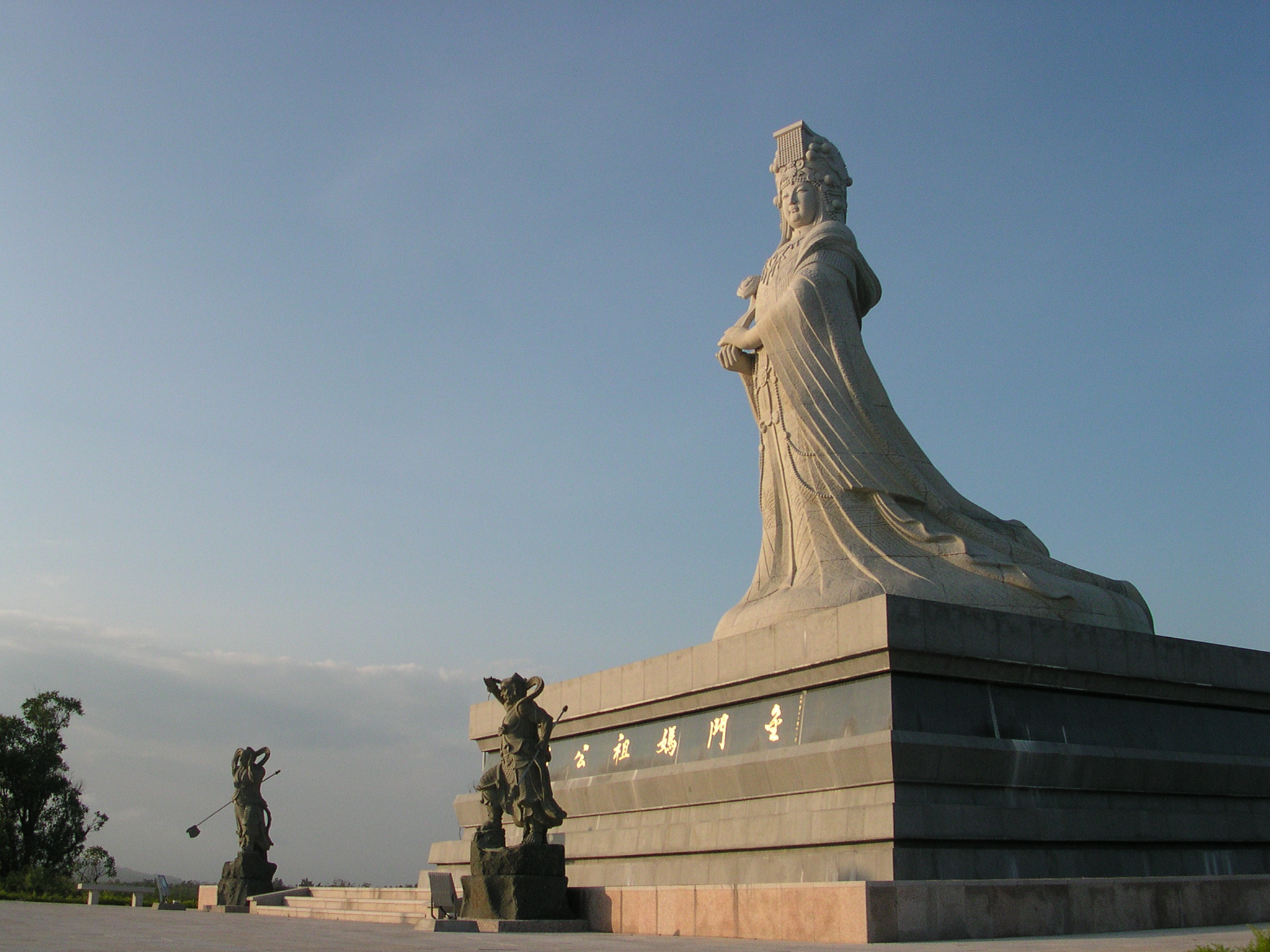 This summer, a statue of the goddess Mazu from Meizhou Island in China toured Malaysia, Singapore, and Taiwan in the name of religious exchange. As a once-repressed ‘feudal superstition’ – as it was officially labeled in Mao’s China – Mazu belief has been making a strong comeback. In the late 1970s, although the official attitude towards popular religion remained rigid, some Mazu temples began to be reconstructed by both local worshipers and overseas pilgrims, originating particularly from Taiwan and other Southeast Asian countries. The Mazu Ancestral Temple in Meizhou was one of the first of the reconstructed temples. Yet this revived Mazu belief is not simply a continuation of past traditions, a rehashing of the ideas that survived political repression. It is in some senses a new form of worship unique to its particular context. In reform-era China, the revival of Mazu belief has been influenced by the conflicting intentions and actions of various social actors.

The revival of Mazu belief began in the late 1970s. When religious community leaders sensed the changing political atmosphere, they endeavored to reconstruct the destroyed Mazu Ancestral Temple on Meizhou Island. The island was at that time still a People’s Liberation Army garrison. The reconstruction project, followed by the recommencement of ceremonies in 1983, evoked controversy due to the lack of cultural legitimacy of these folk beliefs and practices. Under China’s official definition of religion, only Roman Catholicism, Protestantism, Islam, Buddhism, and Taoism were officially recognized as religions. In order to gain support, the religious community leaders contacted sympathetic state actors in different official sectors. They also enhanced connections with overseas Mazu temples, especially those in Taiwan, who contributed financially to the temple construction. In the 1980s, as a result of changes in cross-strait relations, Meizhou Island was demilitarized and the Taiwanese connection began to play an even more powerful role in local politics.

To attract overseas pilgrims, a grand ceremony was held in 1987 to commemorate the thousand years since the ascension of Mazu. The Office of Taiwan Affairs assisted the trustee board of the Mazu Ancestral Temple to send out thousands of invitations to Mazu temples internationally, especially to those in Taiwan. During the week of that ceremony in 1987, there were over 100,000 visitors to Meizhou Island, of which 13.4 thousand were from Taiwan. Since then, two grand ceremonies (the Homecoming Ceremony for the Birth of Mazu in spring, and the Sacrifice Offering Ceremony on the Sea for the Ascension of Mazu in autumn) have been held annually on the island. In 1994, the Mazu ceremony at the Meizhou Ancestral Temple was officially selected as a major event in the inaugural Mazu Cultural Tourism Festival organized by the Putian City Government. In the following years, pilgrimages from Taiwan continued to grow in size and scale.

Pilgrimages for these Mazu ceremonies generated momentum for the economic development of Meizhou Island. A submarine power cable was constructed across the Meizhou Bay for the 1987 ceremony, after which the whole of Meizhou Island gained access to electricity. In 1988, Meizhou Island was officially designated a tourism economic zone with the purpose of attracting tourism-related investment to the island. While these developments continued apace, ‘Mazu culture’ was used in official terminology to downplay the religious implication of the pilgrimage. ‘Mazu culture’ not only contributed to local economic development, it also served as a platform for cross-strait interaction as the China-Taiwan relationship continued to demilitarize. One of the major events of the inaugural Cross-Strait Forum in 2009 was the Mazu pilgrimage to Meizhou Island. Mazu belief had become not just a revived popular religion embodying local identity and solidarity across international believer communities, it was also a tool used for economic and/or political purposes by non-religious actors.

As the local government gradually reframed the meaning of the religious rituals and ceremonies, the religious community leadership on the island was simultaneously reshaped. In 1997 the chairman of the trustee board was officially made a town cadre. This newly appointed official was the eldest son of the charismatic female leader who had organized worshipers to rebuild the temple in the late 1970s. Under his decades-long leadership, the trustee board has managed a religious tourism business complex, with businesses including boats, buses, hotels, a tourism agency, a park, media agencies, etc.

To improve coordination with the local administration, the deputy of the trustee board was officially assigned as the deputy of the administration committee of Meizhou Island. In addition, the head of the local Taiwan Affairs Office was also given a seat on the trustee board. The trustee board is now a collective comprised of religious leadership, cultural entrepreneurship, and local administration. The Board also seized on the opportunity for Intangible Cultural Heritage (ICH) listing, and successfully promoted Mazu belief and customs as a China’s ICH item inscribed on the UNESCO’s Representative List of the Intangible Cultural Heritage of Humanity in 2009. This once-illegitimate ‘feudal superstition’ had become a part of China’s Intangible Cultural Heritage.

Today, not only do pilgrims visit Mazu Ancestral Temple and other temples in China, but the goddess Mazu herself is also on tour. The religious tourism associated with Mazu belief presents a case of evolving state/religion relations in the process of popular religious revival. While the state has gradually reframed the Mazu-related rituals and ceremonies as a form of cultural heritage, the religious community’s leadership has been reshaped by their engagement with the state. The trustee board of the Mazu Ancestral Temple on Meizhou Island continues to further its role as the state’s facilitator, not only in cross-strait relationships but also as an agent in the belt and road project. The revival of Mazu belief is a case of local believers engaging with the state.