Between China and Italy through the lens of soccer history 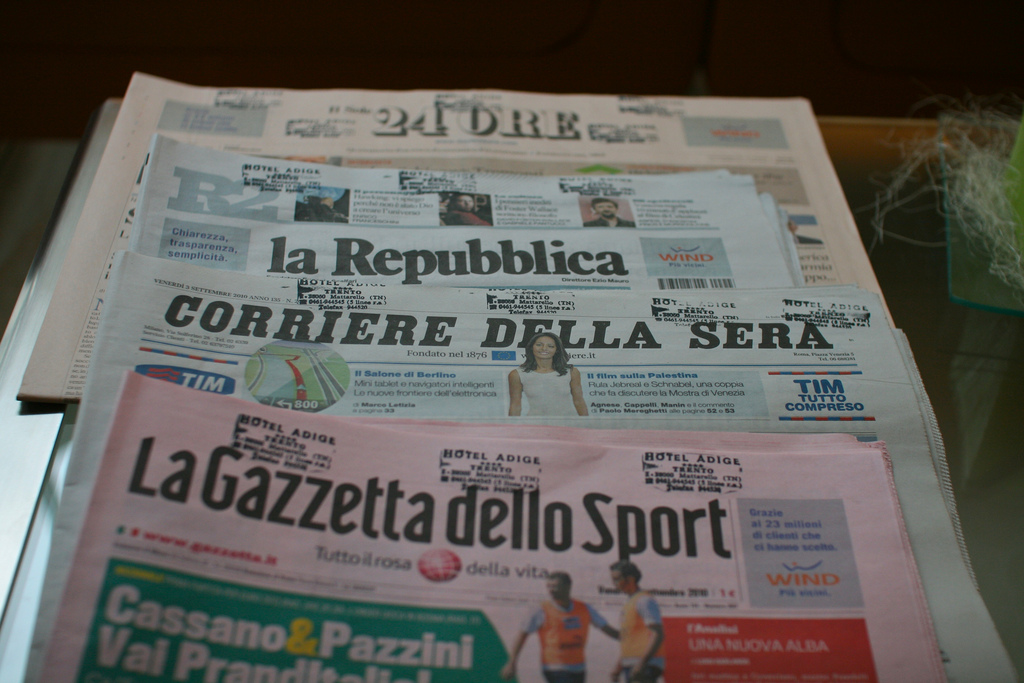 The aim of this pilot study is to explore past and present forms of cooperation between Italy and the city of Tianjin in the football sector. The idea of this pilot study grew out of a more general analysis of the historical relations in football between Italy and China.We realised that Giuseppe Matarazzi was the first professional Italian coach to work in China in 2003. It might be not a coincidence that he was selected to be the manager for Tianjin Teda. The Italian football experience in Tianjin was enriched by the former AS Roma and Italian midfielder Damiano Tommasi who played for Tianjin Teda in 2009 and by the 2006 golden ball winner Fabio Cannavaro who was selected to be the coach of Tianjin Quanjian, the second team of Tianjin, in June 2016.

We performed a content analysis on these three Italian sportsmen during their professional experiences in Tianjin. We used Factiva as tool for our research. We collected all newspaper articles published in Italian referring to Mr. Materazzi in 2003, Damiano Tommasi in 2009 and Fabio Cannavaro from June 2016 to August 2017. We also provided a qualitative analysis selecting the most representative articles based on their contribution focused on match reports, Chinese culture, the transfer market, and comments on the quality of Chinese soccer.

The sample on Giuseppe Materazzi provided a total of 19 documents. After a more accurate analysis and the data cleaning process, we found that the most representative sources were the press agency Ansa and La Gazzetta dello Sport. The analysis of the category appears to be more balanced (see table 2)

The sample on the Chinese experience of Damiano Tommasi provides 47 documents. In this case, after the data cleaning process, we discovered that La Gazzetta dello Sport shows a higher coverage, the second source is Ansa (see table 3). Unfortunately, most of the articles are not related to Chinese soccer or the Super League. However, we counted eight articles related to the transfer market (see table 4) The coverage on Fabio Cannavaro is clearly the greatest of the three ones because of 694 documents. After the data cleaning process, La Gazzetta dello Sport is the most representative source with 32 articles, followed by Il Resto del Carlino (9) and Il Giorno (8).

In 2003, Giuseppe Materazzi was the first Italian to join Chinese professional football league as Tianjin Teda head coach. At that time Chinese football system wasn’t an important reality as today and the newspaper coverage did not fully engage with the culture and football development of China. From the documents, we found that there are no mentions of the story of professional football in China and newspapers didn’t demonstrate any curiosity about Tianjin Teda, such as discussing the ownership or whether they could compete for the title. The newspaper La Stampa, in a short interview ‘Con il decreto salva calcio da 40 giorni guida la squadra di Tianjin” (February 2003), referred to Tianjin just as: “A city with a population of 11 million inhabitants, located about 100 km from Beijing”.
The main focus on the connection between Materazzi and Chinese football were only two: the Winter cup and the SARS. During the preseason, Tianjin Teda played a friendly tournament in Umbria, Italy, and newspapers reported the results of the Winter Cup. From April 22 to May 8, newspapers were focused on SARS and the interruption of sports competitions in China, while the precautionary return of Materazzi in Italy was on the back burner. From Italian newspapers we don’t know anything about the conclusion of the season for Giuseppe Materazzi, if he has led Teda unitil the end of the season or was sacked before.

In 2009, Damiano Tommasi joined Tianjin Teda. At the beginning of the season we can find a great amount of articles that are not primarily concerned with China, with news about AS Roma (former Tommasi’s club) and allude to the transfer of Tommasi in China. Even in this case, excerpts in Tommasi’s interviews didn’t focus on the development of Chinese football or Tianjin Teda’s background.
We realised that there are two additional Italian elements in Chinese football that are mentioned by newspapers, the first one is Chinese Super League main sponsor which was Pirelli, the second one is the Italian Super Cup that was played in Beijing, between Inter FC and SS Lazio. The coverage of season results is irrelevant: from Tommasi’s interview we know the result of the first two Asian Champions League matches, only La Gazzetta dello Sport has briefly mentioned his debut in the Chinese Super League, then, the entire season was not covered. Contrary to Materazzi’s case, we know that Damiano Tommasi ended the season, with a short preview article (on La Gazzetta dello Sport) on the last round of the championship, but the article didn’t mention how Tianjin Teda was ranked at the end of the year.

In 2016, Fabio Cannavaro became Tianjin Quanjian head coach. When Cannavaro joined Quanjian (at that time in the Chinese second division), Chinese football was already a regular fixture in Italian newspapers, for the previous experience of Lippi at Guangzhou Evergrande, the transfer of international players to Chinese Super League and the purchase of clubs by Chinese enterprises in Europe. Despite the facts, even if the quantity of articles has increased compared to Materazzi and Tommasi cases, the quality is still unsatisfactory.
The main information about Chinese football came from interviews with Alexandre Pato, a Tianjin Quanjian footballer, and former AC Milan player. Italian newspapers do not offer historical background, and there aren’t continuity elements with the professional career of Materazzi and Tommasi in Tianjin. Most of the articles are focused on rumors about the transfer market, indeed Quanjian was close to reaching an agreement with Fiorentina’s striker, Nicola Kalinic, then, last summer it was in negotiation with Aubemayang, an international star player who was linked even with AC Milan. The league results are mentioned briefly, we do not have a general recap on the league. It’s curious that some articles referred to Tianjin Quanjian as: “Tianjin, the club coached by Cannavaro”, as if there is only one team in the city.

Despite the growing interest in Chinese football and the historical and cultural connection between Italy and Tianjin, most of the articles in the Italian newspapers analysed offer very little insight into Chinese football and in fact these articles are not able even to provide the reader with satisfying contextual information. We did not find a comprehensive overview on the dynamics that drive Chinese football.

Gianluigi Negro is a postdoc researcher at the China Media Observatory, Lugano, and a fellow at the China Soccer Observatory.
Nicholas Gineprini works on the development of football cooperation between Italy and China at the Italy-China Link Association. Image Credit: CC by Nicolas Nova/Flickr.

Online streaming media: FIFA World Cup’s next target in China?
France and India are creating ripples in the Indian Ocean