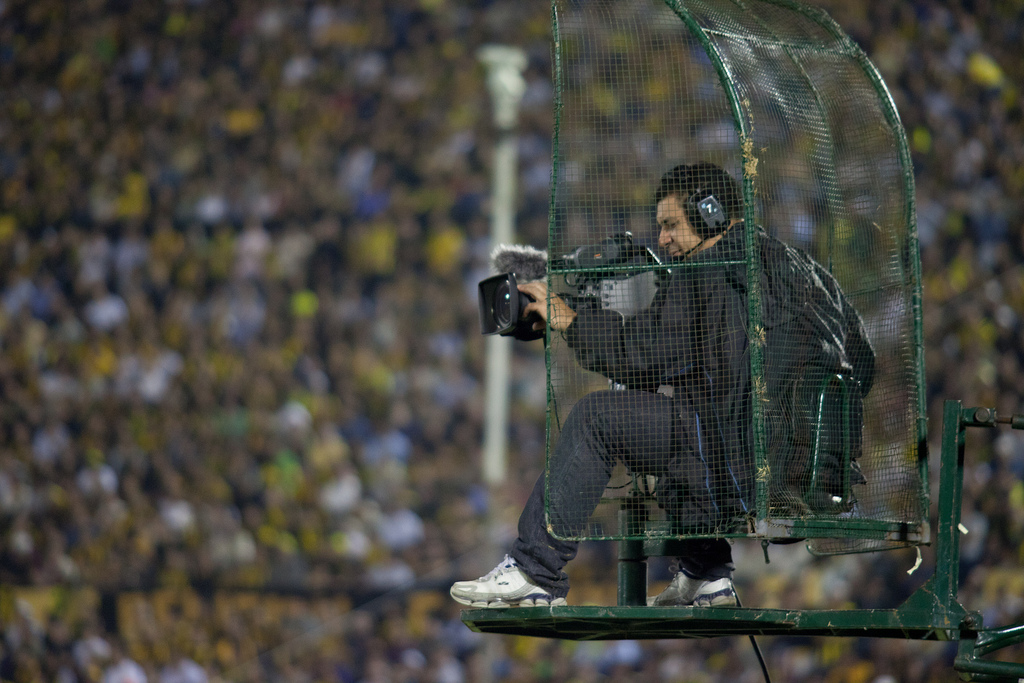 China Central Television (CCTV) is the only national broadcaster in China and it used to be the only platform that FIFA partnered with to distribute the content of major international soccer events. However, the situation may change in the near future with the growing popularity of online streaming modalities in China.

Tencent sports, for instance, obtained exclusive rights for video-on-demand (VOD) and live streaming of the 2017 FIFA Confederations Cup. The agreement between Tencent sports and FIFA also contained exclusive digital media rights for FIFA U-17 World Cup 2017, which was held in India in October 2017. International sport federations, such as FIFA and UEFA, used to only sell broadcast rights of major events to CCTV in China. CCTV used to have stronger bargaining power in negotiations because of its status in China, so international federations had to relinquish some power to CCTV. With the increased broadcast right fees, some professional sports organisations started to sell media rights to other digital media platforms.

Results of a recent study revealed that 78.3% of Chinese internet users spent less time watching TV. The survey conducted by Tencent (2017) also showed that there is an increasing number of young audiences choosing to live stream sporting events, because there is more content available to fans. Meanwhile, this study also indicated that the games distributed via online platforms were of better quality and fans were easily able to search out information and interact with the commentators.

The increasing popularity of online streaming of media in China threatens the status quo. During the 2014 FIFA World Cup, CCTV refused to resell the livestream rights to other internet broadcasters since they were concerned that reselling the broadcast rights may hurt their ability to generate advertising revenue and all commercial websites only obtained VOD rights from CCTV.

In order to continue to generate revenue and attract more young fans, professional sport leagues have already deeply cooperated with commercial online streaming platforms in China. However, international governing bodies such as the IOC and FIFA still only sell digital rights to mainstream TV broadcasters in the majority of markets in the world. Furthermore, the policy introduced in 2000 by State Administration of Press, Publication, Radio, Film and Television of China (SAPPRFT) stated that CCTV was the only broadcaster in China which had the right to purchase media rights of major international sporting events such as Olympic Games, FIFA World Cup (including qualification stages), and the Asian Games. The policy also mentioned that other broadcasters cannot purchase from international federations directly.

Under the policy protection, FIFA reached an agreement with CCTV to grant the Chinese national broadcaster the exclusive media rights for streaming both the 2018 and 2022 FIFA World Cups. Based on this agreement, CCTV also acquired all media rights, across all platforms including live, delay and highlights rights.

Will CCTV resell the live streaming rights of the 2018 FIFA World Cup to other media platforms including Tencent and PPTV? From FIFA’s perspective, selling the new broadcast media rights to fast growing online media services may be a great strategy in the future. The newest data released by FIFA (2017) showed that the international soccer governing body lost $369 million in 2016 and the number may increase to $489 million. Being able to sell broadcast rights to new platforms will help FIFA generate more revenue to make up for the deficit. In addition, three Chinese organisations, Wanda Group, Hisense, and Vivo Mobile, became the FIFA’s top sponsors in last two years. If the FIFA World Cup and other related events could be broadcast on more media platforms in China, it will be a good news for these Chinese top sponsors as well since this could benefit their brands and marketing strategies. For FIFA itself, it will also help them retain their new sponsors.

Bo Li is an assistant professor in sport management at St Ambrose University and a fellow at the China Soccer Observatory. His scholarly interest focus is on how social media have been utilized by sports media outlets, sports organizations, and athletes to engage with audiences.

Olan Scott is an assistant professor in sport management at University of Canberra. His main research into sport media particularly focuses on the mainstream media and fan engagement in social media. Image Credit: CC by Jimmy Baikovicius/Flickr.

The national anthem dilemma: Contextualising political dissent of football fans in Hong Kong
Between China and Italy through the lens of soccer history