Home /Australia in East Asia, China/Australia is hedging its bets on China with the latest Foreign Policy White Paper 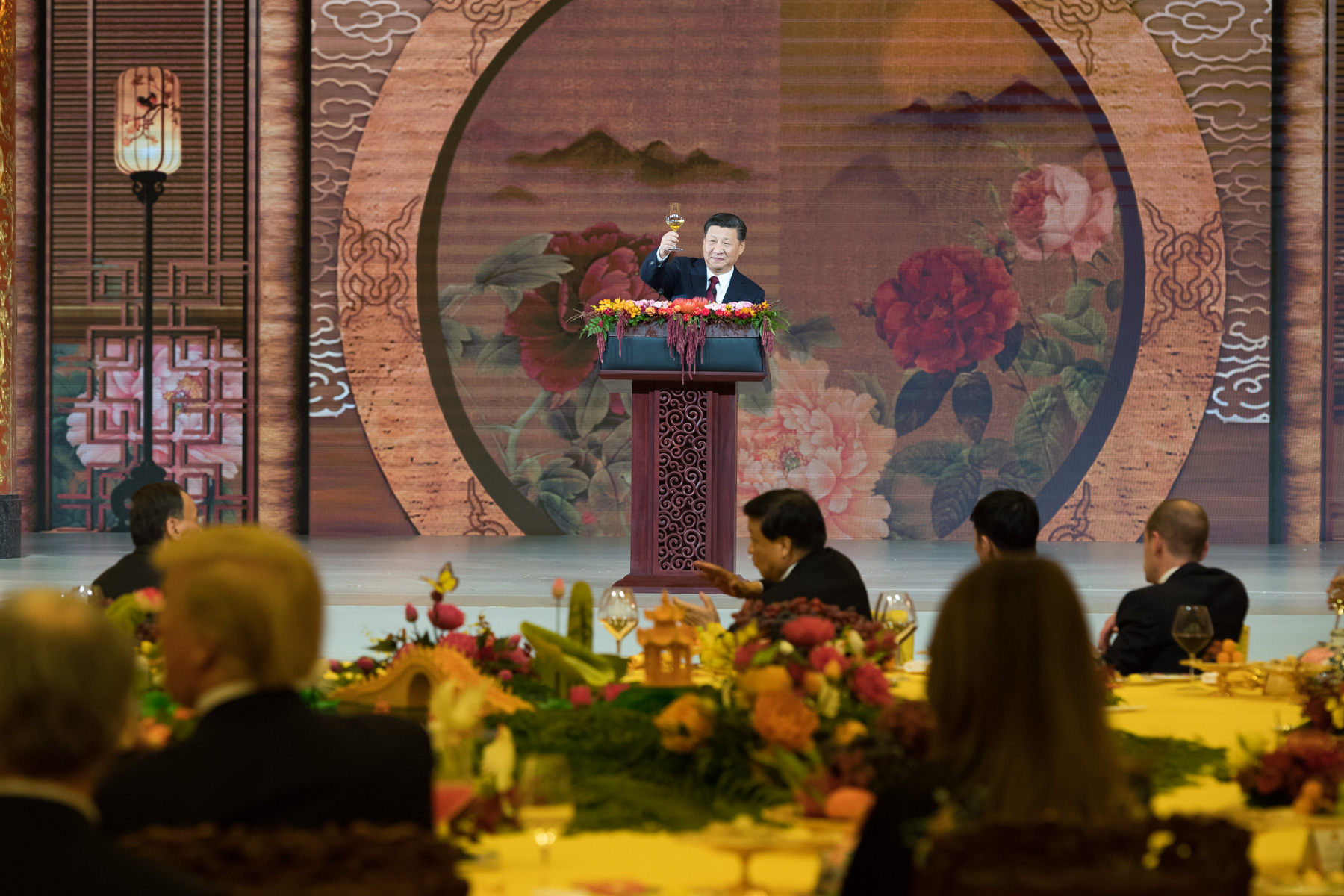 No surprises: the Foreign Policy White Paper from Australia’s Department of Foreign Affairs and Trade is about trade, not guns.

Unlike Defence, DFAT is about quiet diplomacy, not security dilemmas. So this is no reprise of the 2009 Defence White Paper, which infamously canvassed the “China threat”.

But the message in this white paper is undeniably for Beijing’s ears. It tells China that Australia will have polygamous economic relationships with its multiple trade partners throughout the world.

Although it welcomes China’s advances, it will not submit to the monogamous embrace of the People’s Republic of China’s economy. It emphasises that China’s emergence, prosperity and future wealth is inextricably linked with the status quo: a liberal international economic order under the rule of law. The alternative is unpredictability, potential economic chaos and possible conflict.

The paper does not level accusations at Beijing in the ham-fisted manner the 2009 Defence White Paper did. But in a high-stakes game of international poker, there is one certainty: you must hedge your bets.

The revolution has been postponed

In reality, white papers are elite exercises, designed to be pored over by journalists, while strategically engaging a narrow, overseas audience of decision makers. Foreign governments are the real target readership.

There are virtually no parliamentary questions that aren’t Dorothy Dixers about foreign affairs and defence. That is because the Canberra political class are all sailing the same ship.

The Labor Party and minor parties may grumble aloud about free trade details, but you would have to go back many years to witness a collapse in bipartisanship on foreign affairs and defence. To 2003, in fact. To Mark Latham and a war with Iraq.

From the inception of the Abbott government in 2013, the Coalition endorsed a global strategy to consolidate and extend Australia’s network of bilateral and regional free trade agreements. The objective was to achieve preferential trade access to Australia’s major markets in the Asia, Europe and the Pacific region. This latest white paper emphasises the continuity of this overarching strategy.

The problem is that the status quo that persisted when the Coalition government took office under Tony Abbott no longer exists.

The promulgation of Xi Jinping’s assertive presidency in 2013, Russia’s annexation of Crimea in 2014, the Brexit conflagration of 2016, and the inauguration of US President Donald Trump in 2017 have overturned conventional wisdom about the structure of the future global order.

Inquietude about China is not entirely absent, but the criticism is mild and polite. The white paper expresses concern about Beijing’s aggrandisement of the South China Sea, where China has constructed more than 3,200 acres of artificial land as part of its “Great Wall of Sand” strategy.

However, the paper merely reiterates bland statements of principle, calling for disputes to be settled under international maritime law. Open seas are, of course, the lifeblood of commerce.

Indian purchasing power parity GDP will expand by 250% by 2030. By contrast, Japan is expected to atrophy, with virtually no growth in the next decade. Indonesia will almost double in size, but its growth will be slower than China or India.

Naturally, China dominates the thinking of the white paper’s authors. China is, by far, Australia’s biggest two-way trade partner with A$62 billion in imports and A$93 billion in exports in 2016, an increase of 3.7% since the China-Australia Free Trade Agreement entered into force in December 2015. The paper recognises China will continue to dominate consumption of Australia’s minerals exports, tourism and education services.

There are clues to DFAT’s thinking in the white paper’s terminology, which eschews the traditional “Asia-Pacific” mindset for the “Indo-Pacific”, which manages to integrate both India and Indonesia, while offending neither of them. Australia’s pivot to the Indo-Pacific should not be understated.

The paper recognises its strategic economic partnerships with India, Indonesia and Southeast Asia, noting that in 2016:

Australia’s trade with ASEAN countries was greater than with our second-largest bilateral trading partner, the United States.

More than any previous public government document, the 2017 paper articulates a hedging strategy. It acknowledges China’s centrality to Australia’s trade, investment and prosperity.

There has long been an “Australian realism” in international affairs. It’s a realism that recognises Australia is a weak power in a region inhabited by great powers bristling with nuclear weapons, and fragile states (Pakistan and North Korea) possessing baroque. But it also acknowledges these nations’ lethal, nuclear capabilities.

Australian foreign policy has long recognised that as a subordinate power, heavily reliant upon the region’s sea lines of communication and a working peace system to advance its commercial interests, Canberra should maintain great and powerful friends throughout the Asia-Pacific.

In practice, that has meant consolidating and extending the US military alliance, appeasing Indonesia, forming a virtual alliance with Japan, and deepening and widening Australia’s trade and investment links with China.

But despite the fact that Australian budgets are built in Beijing, the white paper is curiously silent about the China-dominated Asian Infrastructure Investment Bank, with merely one passing reference. In contrast, the paper reinforces Australia’s support for Washington-dominated institutions, such as the World Bank, IMF and NATO.

Despite the China challenge, it is clear that in the minds of Canberra, US hegemony is not over, and the Asian century is still to begin.

Remy Davison is Jean Monnet Chair in Politics and Economics at Monash University. This article was first published on The Conversation and can be found here. Image credit: CC by White House/Flickr.

European soccer clubs: How to be successful in the Chinese market
What is Russia’s role in the South Pacific?