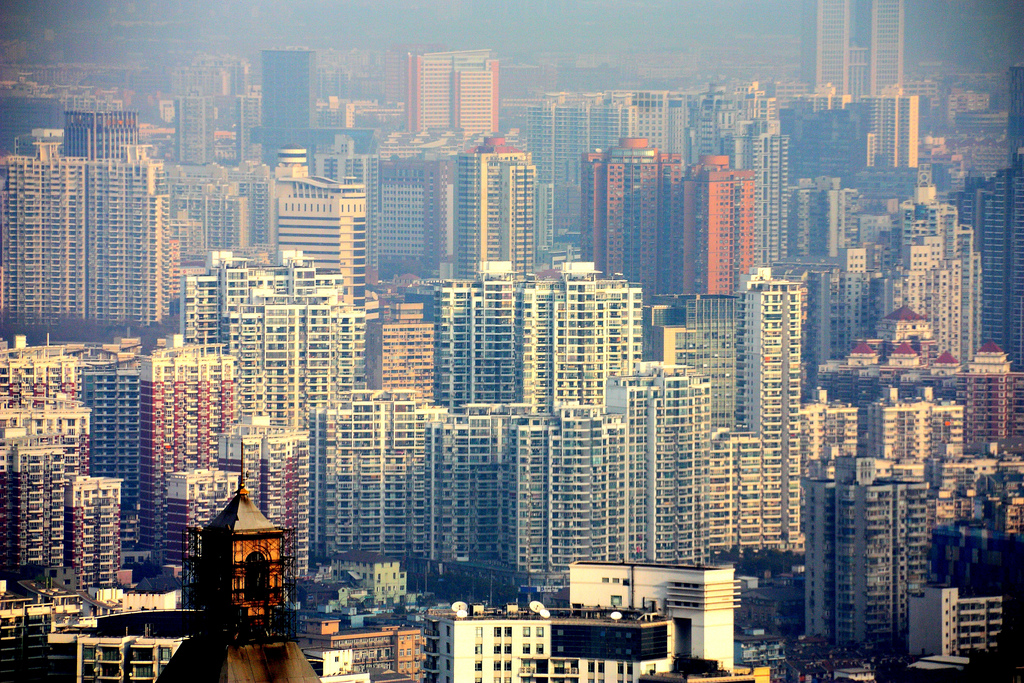 People used to think of Panzhihua, Sichuan, as an industrial city. Steel making is in its bones and is the reason it was constructed from scratch in the mid–1960s. It is also the reason for its location along the Jinsha River. Panzhihua’s mountains are laced with iron, vanadium and titanium ores, and anthracite coal. Today, Panzhihua is more than an industrial city. It is one of Sichuan’s largest cities and one of the most economically productive per capita. Over the past decade or so, an entirely new district has been built into the mountains behind the city center. What was once a sparsely populated backyard to the local university is now a swath of posh residential developments, wide avenues, and landscaped parks.

On a visit this past September, I found this area blanketed in a curious new promotional campaign. Billboards, bus stops, and construction sites proclaimed Panzhihua “China’s base for health and wellness”. A three-sided display the size of a building delivered a message from Panzhihua’s party committee and municipal government, the two highest levels of the local state: “Green mountains and rivers are worth mountains of silver and gold.” It’s a remarkable sight, the bucolic rural scene and slogan set against the mines and factories operating across the river. The billboard suggests an industrial city trying to reinvent itself by transforming its mountains from a strategic national resource to an ecological backdrop for healthful living. Over the past year, Panzhihua has pursued this reinvention, positioning itself as a national demonstration area for quanyu lüyou, or “comprehensive regional tourism development.” It isn’t surprising to find a prefecture-level city such as Panzhihua working to develop a tourism economy. In fact, in 2005 Panzhihua was designated a “Top Tourist City of China” by China’s National Tourism Administration (NTA), so tourism development is by no means new for the city. What is surprising is that this paragon of China’s centrally-planned industrial past is now being positioned as a testing ground for a new national approach to tourism development.

At first glance, “comprehensive regional tourism development” seems like the latest in a parade of strategies and gambits aimed at growing the tourism economy. But when considered historically and in comparison with the package tourism model pushed by the central government since the 1980s, the term takes on more significance. Intensive package tourism development has been China’s primary model throughout the reform era, though domestic tourism development has diversified since the early 1990s, often distinguished by the types of activities Chinese were taking up on tour: heritage tourism, eco-tourism, red tourism, rural tourism. But the explosion in domestic tourism (to 4.4 billion trips in 2016) has forced nearly everyone involved to rethink what further tourism development means for China.

Early in 2016, the NTA issued a working report titled “From scenic spot tourism to comprehensive regional tourism.” While typical in echoing political discourse happening outside tourism, the report expressed the central state’s recognition that tourism has fundamentally changed in China. It noted that the early phase of tourism development (the 1980s and 1990s) focused on scenic spot tourism (jingdian lüyou). And it announced that China now faces a new phase of tourism development characterized by comprehensive tourism (quanyu lüyou). First among a number of strategic changes is the move away from the construction of one-off scenic spots to the comprehensive planning of multiple destinations. Emblematically, the report specifically recommended tearing down the enclosing walls of conventional scenic spots.

How all of this unfolds over the coming years is a major research question itself. But one thing is already clear: China has outgrown the dominant tourism development model it has followed since the 1980s. And comprehensive tourism now means the construction of a new space for tourism, one that aims to be “the perfect combination of ecology, production, life and livelihood, and business.”

The slogan appearing on the billboard in Panzhihua – “Green mountains and rivers are worth mountains of silver and gold” – is from a 2005 speech by Xi Jinping, then party secretary of Zhejiang Province. Xi used it to emphasize “ecological civilization,” and the need to balance natural resource extraction with environmental protection. The phrase has also been a touchstone in reports about comprehensive tourism, reflecting both the political era of Xi Jinping Thought and the expected spatial transformations of comprehensive tourism, even in unlikely places like Panzhihua.

Perhaps it is simply a sign of the times that the Chinese state is calling for the walls enclosing tourist sites to come down. But considering this alongside the history of tourism development in post-reform China, the turn from scenic spot tourism to comprehensive tourism is a significant change. Where China once invested heavily in building tourist sites and walls to enclose them, it now looks like it is moving its dominant model for tourism development to open plans, routes, and regions. If scenic spot tourism might conceivably be mapped as a network of points – of clearly-bounded tourist sites set apart from the rest of life in China – the map for comprehensive tourism might be something approaching the whole of China’s national territory, unfolded for development and discovery wherever interest holds. China’s new space for domestic tourism might, in other words, be best conceptualized as a reimagination of the nation itself.

Travis Klingberg is a visiting scholar at the Rachel Carson Center, LMU Munich, and a Luce/ACLS Postdoctoral Fellow. He is currently writing a book on domestic tourism and the politics of geographic knowledge in China. Title Image Credit: CC by Wenjie, Zhang/Flickr. Central Image Credit: Travis Klingberg.