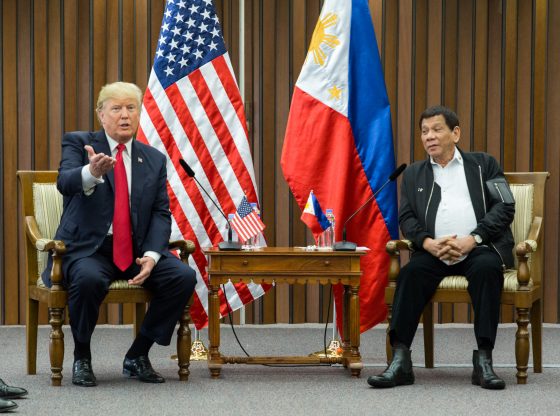 A realist theory of defence and security argues that certain variables at the systemic level of states determine the defence policies of sovereign countries. Alongside these systemic givens are domestic factors—such as geographical features, natural resources, population, human capital, economy, technology, government system, and military—which affect the ability of a country to protect its interests and adapt to emerging security dynamics.

However, if a state with talented people, rich natural resources, a booming economy, and a strategic location in the region does not have a national security strategy, what can best explain its policy behaviour? The puzzle can be unravelled by a comprehensive analysis of dominant factors at the level of individuals (i.e. the personality of leaders, their biases, and threat perceptions), institutions (i.e. political processes, bureaucratic constraints, and decision-making apparatuses), and society (i.e. culture, state-society relations, and historical experience). Understanding the complex interplay of causal factors and conditions at various levels of analysis can help explain the state of the nation, its defence posture, and its position in the region.

In the 2017-2022 National Security Policy (NSP) of President Duterte, public safety, law and order and criminal justice are taken as the foremost national security interests, followed by a broad spectrum of socio-political and economic concerns in the domestic scene. When he delivered his State of the Nation Address (SONA) in July 2017, he pledged to continue the fight against illegal drugs that destroy society and weaken the economy. Despite domestic and international criticism, the President expressed his determination to do what is necessary to securitize the problem of illegal drugs and lawless violence through extraordinary measures. In fact, the President stated that his declaration of martial law in Mindanao in May 2017 was the fastest and most effective way to quell the Islamist rebellion and restore public order in the southern part of the country.

In his SONA, President Duterte regarded the military, along with the police, as the vanguard of peace and order. To be effective in the fight against insurgency, terrorism, and other lawless elements, he argued that his administration is working doubly hard to modernise the military and strengthen the national defence system in the country. While the use of force in the domestic domain is clear in the role given to the military, the function of defence in the strategic setting remains ambiguous in the President’s message.

In promoting Philippine interests in the international community, no reference was made to defence as a component of national security. The President reported the warming of relations with China, the improved negotiating environment on the South China Sea (SCS) issue, and the easing of tensions in the SCS. The SONA did not communicate any threat perception on the contested maritime area that warranted a strategic defence policy.  What this means to the defence sector, as in times past, is a policy concern for the Philippines.

After 71 years of independence from the United States (US), the long-standing vision of the Armed Forces of the Philippines (AFP) to develop a minimum credible deterrence remains an aspiration in the reenacted law on AFP Modernisation in 2012. The failed 15-year development program for the AFP in 1995 was prompted by the closure of the US military bases in the Philippines in 1991. Prior to this, the Philippines had long benefited from the security guarantee of the US in the Asia Pacific. The security arrangement in the post-colonial period had allowed the AFP to focus on counter-insurgency operations and constabulary functions. This convenience, nonetheless, had caused the Philippines to neglect the development of its own defence capabilities.

The liberation of the Philippine Commonwealth after World War II in 1945 and independence from the US a year after had not engendered a political and strategic culture that sought to build up a defence force as source of national pride. Even the American legacy of democracy had resulted in unintended consequences such as corruption, social inequities, and internal armed conflicts. The tinkering with constitutional authoritarianism had not also succeeded in providing unitary and strategic direction for a divided nation. The coming and going of leaders of different political milieus failed to forge an ideational foundation for a worldview, a national strategy, and an external defence posture.

Defence policy-making and planning call for strategic analysis of the choices available to the state. Domestic capacities determine the defence capabilities of the Philippines, but political preferences, historical experiences, and social constructions shape its defence outlook. Despite inherent challenges and limited powers, the Philippines must look forward to creating opportunities to build up its defence and influence in a complex security regime.

There are smart choices available to small states to reduce uncertainties and manage conflict with multiple state actors under a rules-based system. It must be noted that the construction of regional order, though which common security and economic benefits are realised, is in the best interest of rational states regardless of their size and power. But lest we forget, in a regime with dual dimensions of conflict and cooperation, credible deterrence and/or defence readiness is not an option but an obligation of sovereign countries. The threat or use of force, which is the other dimension of power, is also crucial to deter aggression and defend the established order.

Having said this, the Philippines must come up with smart policy options that can advance its interests in ways that can attract others and at the same time dissuade them from acting against those interests. To be able to do this, it must be pragmatic in engaging in economic partnerships and close diplomatic ties with major powers, such as the US and China, without incurring the politically undesirable cost of alignment and/or subordination. Likewise, the Philippines must also be strategic in building up credible deterrence and alliances without being provocative to others and counterproductive to regional security.

On the whole, the Philippines must pursue its military modernisation whilst simultaneously strengthening its defence diplomacy and military cooperation with new and traditional allies for national and international security. As it does, it must also broaden areas of functional cooperation on non-military domains of comprehensive security and work on the creation of a rules-based regime for regional stability and international order. Lastly, it must engage in economic diplomacy and socio-cultural relations with ASEAN and major players in the world for peace and development. In doing so, the Philippines can position itself as a dynamic and vital actor in the future of the Asia-Pacific.