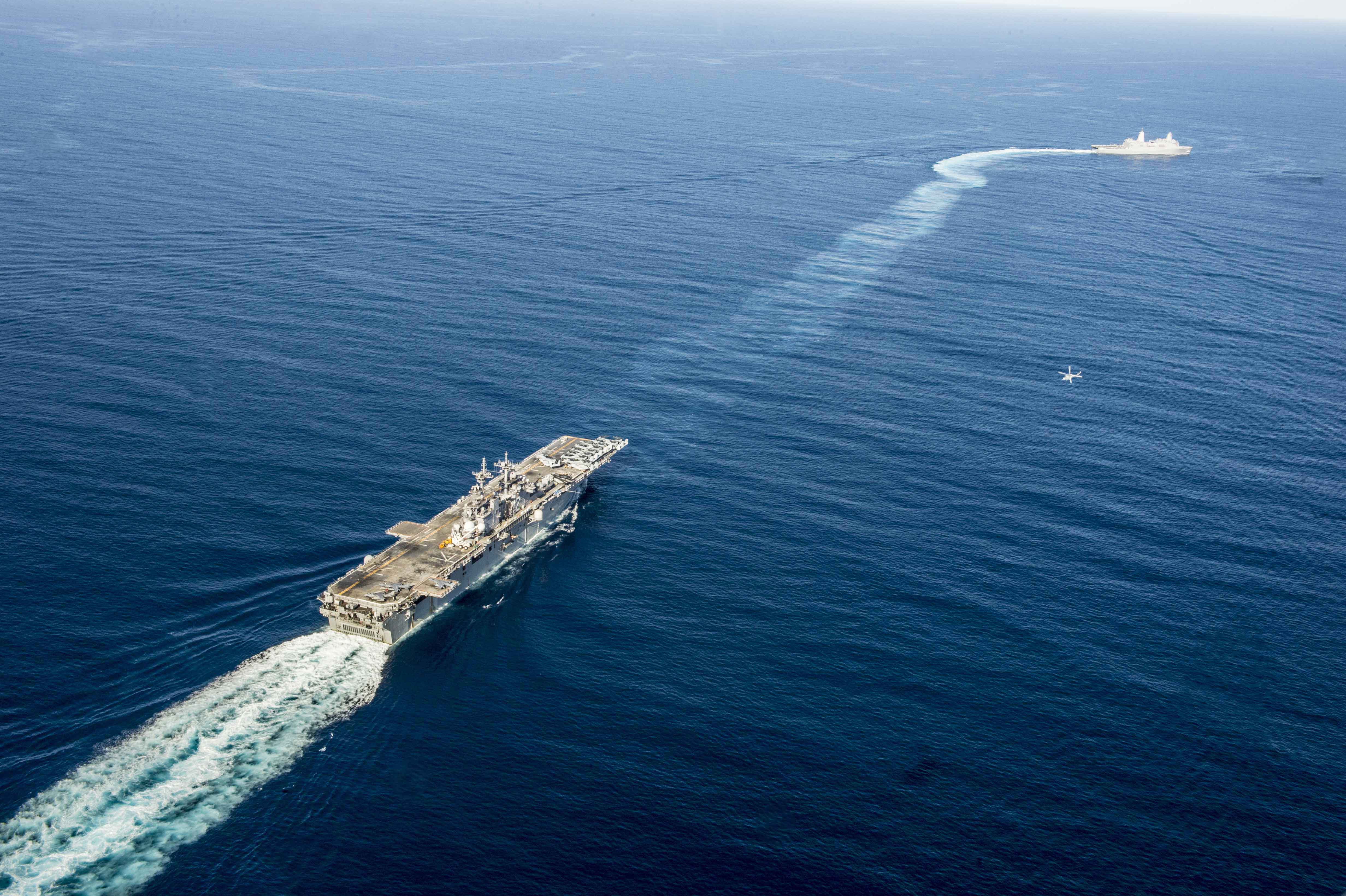 Our smartphones have seemed to remove the significance geography once had in our daily lives. Advanced communication systems and technological devices may fool us into thinking we have become unshackled from our terrestrial bonds yet, geography matters.

Three of Australia’s top four trading partners are all located north of the South China Sea. China (1), Japan (2) and South Korea (4) each rely on sea lanes stretching thousands of kilometres along various maritime trade routes across the globe, several of which link to Australian ports. Our third largest two-way trading partner is the United States, which incidentally remains our number one security alliance relationship.

States seek to secure safe, unimpeded passage of shipping along sea lanes and this is why geography still matters when it comes to security, even in an age of cybersecurity. Disputed claims over bodies of water and their geographic specks of assorted islands, atolls and reefs can quickly become potential flashpoints. Any such state-on-state conflict would quickly demonstrate the geostrategic significance of these areas of relatively remote pieces of real-estate.

The South China Sea continues to have several overlapping maritime and territorial claims. These exist between China and a host of states including Vietnam, The Philippines, Indonesia, Malaysia and Brunei. China’s declaration that their maritime border reasserts centuries-old ties and extends many hundreds of kilometres south of Hainan Island, is challenging arrangements under the United Nations Convention on the Law of the Sea (UNCLOS).

China’s ongoing activity in the South China Sea’s disputed Paracel and SpratlyIsland chains is not a recent development. It is, however, becoming ever more commercial in orientation and ‘muscular’ in its execution. China and Vietnam clashed over both island chains in 1978 and 1988. On both occasions, it resulted in dozens of military personnel killed but a victory of sorts for China.

In 2014, Vietnamese vessels came into contact against Chinese shipping in the Paracel Islands. This was in response to China’s National Offshore Oil Corporation’s brief deployment of deep-sea rigs and drilling in the disputed area.

The Scarborough Shoal is another ongoing dispute in the South China Sea. Both China and the Philippines have competing claims. In 2012, both countries were involved in a naval stand-off. This then saw the Philippines take their case the following year to a United Nations tribunal to deal with this infringement of UNCLOS, hoping to force an outcome it believes will be in its favour. The result would be potentially large-scale reserves of subsea oil and gas resources as well as large fish stocks.

It can potentially build capabilities on these ‘new’ islands and project force far from the mainland, and secure its so-called ‘First Island Chain’. This would consolidate its control and coverage over a broad maritime environment and wield greater influence over the region. Long-term, China can continue to build its case to secure eventual legitimacy over its Exclusive Economic Zone (EEZ) claim, along with all the potential subsea oil and gas resources in large parts of the South China Sea. Such activity shows China takes seriously what it claims is its rightful territory.

Another dispute based on geography is in the East China Sea, between China and Japan over the Senkaku/Diaoyu Islands. To add a small measure of concern, both nations now have overlapping air defence identification zones over this disputed region.

This investment in geopolitical gains will increase China’s military capabilities far from its mainland. Such activities are being carefully watched from outside the region as well, including the United States.  China is willing to deal with any distrust or even animosity such action may attract from some of its neighbours. Meanwhile, China aims to reclaim what it believes to be rightfully theirs while securing another of its geostrategic objectives.

The continued exploration and extraction of hydrocarbons by state-owned enterprises and commercial entities in these troubled waters will remain fraught. Development of potential commercial opportunities meanwhile operates in an environment that could quickly escalate beyond just a flashpoint. The result of any serious armed state-on-state engagement would disrupt, even damage, sea lines of communication and negatively impact on Australia’s economic trade with the region and our major two-way trading partners.

We can ponder media coverage of satellite images captured for intelligence and analysis purposes of the environmental degradation taking place on Spratly Islands’ reefs and atolls. We can also patiently wait for disputes to be resolved through an international body, which can ultimately be ignored by either party. However, China shows what a bit of muscular diplomacy can deliver when it gets on with the job and literally changes the geopolitical landscape in the process.

Gavin Briggs is a lecturer in national security and international relations in the Department of Social Sciences and International Studies at Curtin University in Perth.This article was first published on the Asia and Pacific Policy Society and can be found here.Image credit: CC by Naval Surface Warriors/Flickr.