Thinking the unthinkable in Japan 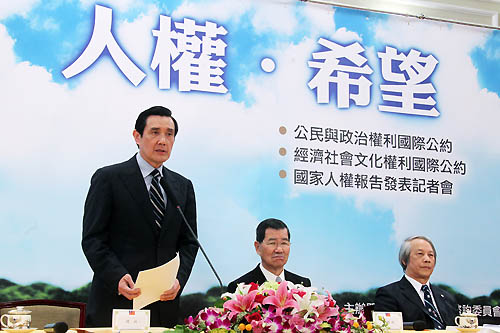 Since the turn of the millennium, Liberal Democratic Party (LDP) leaders of Japan have promoted the notion of Japan as ‘normal nation’. LDP Prime Ministers Junichiro Koizumi and Shinzo Abe, in particular, have both called for Japan to control its own independent armed forces and participate robustly in, and even lead, international operations. These two conservative politicians have also enjoyed success at the polls. As far back as 2005, Alan Dupont claimed that not only was Japan moving away from its pacifist past towards a more hard-headed and outward-looking security posture, but also that this shift was gaining momentum, was palpable, and was irreversible.

Since coming to power a second time in 2012, Abe has frequently reiterated his revisionist stance and pursued policies aimed at achieving its goals, including, but not limited to, removal or dramatic reinterpretation of Article 9.

The major obstacle to such ‘normalisation’ has been Japan’s 70-year-old constitution. The so-called ‘pacifist’ Article 9 states that “the Japanese people forever renounce war as a sovereign right of the nation and the threat or use of force as means of settling international disputes”, and that “land, sea, and air forces, as well as other war potential, will never be maintained.”

Since Prime Minister Shinzo Abe took power in 2012, there has been a great deal of interest and concern about the likelihood of constitutional revision.

Abe has in fact served as Prime Minister twice, with his first time in the hot seat lasting just a year from September 2006 to September 2007. However, even before coming to power the first time, Abe’s views on constitutional revision were well known.

In August 2006, he suggested that a first strike by Japan to pre-empt an attack could be viewed as ‘self-defence.’ Upon winning the 2006 election, he further called for a permanent seat on the UN Security Council, the revision of Article 9, and “a new diplomacy under which Japan at times takes leadership and asserts opinions to set the world’s rules.”

In 2007 the Abe government also upgraded the Defence Agency (formerly under the Cabinet Office) to a full ministry for the first time since World War II, giving the military a greater profile, budgetary powers, and prestige. Abe at the time noted: “We have shaken off the post-war regime, and this marks a big step forward and a foundation of nation-building.”

Since coming to power a second time in 2012, Abe has frequently reiterated his revisionist stance and pursued policies aimed at achieving its goals, including, but not limited to, removal or dramatic reinterpretation of Article 9. In September 2015, Abe forced two contentious security laws through the Japanese National Diet that have been heralded as marking an historic change in Japan’s pacifist post-war defence posture. In theory, the new legislation lifts the ban on collective self-defence, allowing Japan to defend its allies, even when not under attack itself.

Now in 2017, Abe has grown increasingly vocal about revision. On 26 April, he spoke in detail to the Yomiuri Shimbun newspaper about his vision and timeline for constitutional revision. He also delivered a pre-recorded video message on the subject to a gathering of the conservative nationalist group Nippon Kaigi.

According to Article 96, constitutional revision requires a two-thirds super-majority in both houses of the Diet, something that Abe lacked until recently. Before the July 2016 elections, Abe had tried to get around the law by ‘reinterpreting’ the constitution through new security legislation. Although Abe had already secured a supermajority in the lower house, it was not until the elections returned an increased number of representatives in the upper house for both the LDP and its allies that a potential revisionist bloc of sufficient size was secured. Both supporters and opponents of revision feel that this victory has revived Abe’s enthusiasm for the project.

Yet it is far from a done deal, especially in terms of Article 9. Abe’s putative supermajority in the upper house can only be secured with the backing of not only all the LDP representatives but also the support of their allies in the Buddhist-supported Komeito party, the 12 members of the regional Osaka Ishin no Kai, and the small conservative party, Nihon no Kokoro wo Taisetsu ni Suru To. Unfortunately for Abe, not all members of the LDP are as committed to constitutional revision as he is – nor are all the members of the allies in other parties. Even those who do wish to see some change are not unified in their support for Abe’s ‘normalisation’ revisions.

A final hurdle is that each proposed constitutional revision must be approved by voters in a national referendum. Support for discussion of at least some constitutional revision has varied over time, peaking at around 50 per cent, but trending downwards in recent months among fears that revision is in fact aimed at facilitating authoritarian governance.

Perhaps unsurprisingly, therefore, Abe has been cautious. He has fallen short of endorsing fully the extremely controversial 2012 LDP proposals. Thus, although he has said he wants to make ‘explicit the status’ of the country’s Self-Defense Forces by amending the Constitution by 2020, leaving no room for arguing that the military ‘may be unconstitutional’, he also noted that this would involve an additional paragraph, not removal of the current pacifist clauses. Likewise, elements slated for initial discussion are far less contentious than those surrounding Article 9. More moderate proposals may find greater favour among the electorate and their representatives.

Domestic opponents worry that if thwarted in constitutional revision, Abe may continue to pursue his agenda through extra-judicial methods of dubious legality, or that by first proposing a revision that seems reasonable, he is paving the way for his successor to push for a more ambitious revision of Article 9 down the track.

While there is perhaps little chance of a full revision or repeal of Article 9, discussion of the issue, when set in a wider context, provokes fear of a renewal of Japanese authoritarianism and/or militarism. In the current political climate, there could be good reason to think the unthinkable about the democratic and pacific Japanese state.

Brendan Howe is a tenured Professor of International Relations and Acting Dean at the Graduate School of International Studies, Ewha Womans University. This article was first published on the Asia and Pacific Policy blog and can be found here. Image credit: CC by Wikipedia Commons.