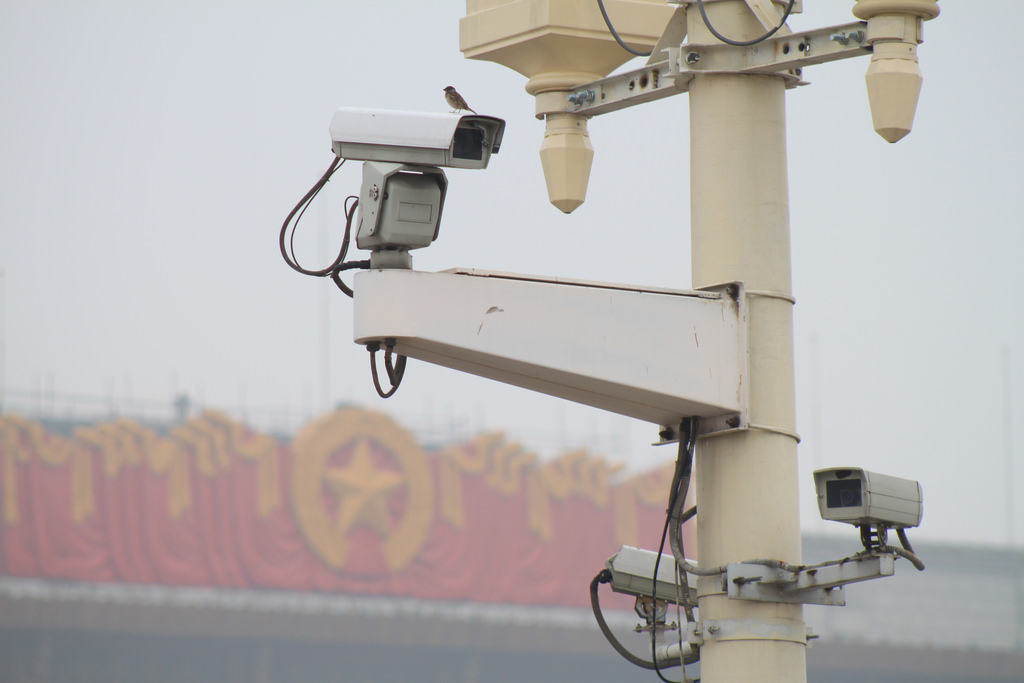 The Chinese Party-state is building a social credit system for collecting information about all of its citizens by police, courts, and other institutions. This enables the government to reach into society to a degree unprecedented in history. According to recent reports, the system is already being used by police and other agencies to employ facial recognition as well as other data to locate criminal suspects and persons engaged in illegal conduct. As government intrusion into society deepens, concern is likely to arise about how data is collected, its reliability, and how it is used in conjunction with the legal system.

In August, police in the city of Qingdao used facial recognition technology on 2.3 million people who attended an annual beer festival, which resulted in their identifying and arresting 25 criminal suspects, five persons previously convicted of theft, and 19 people with histories of drug addiction who “tested positive for drug use and were subsequently arrested.” “[They] were not aware that a simple shot of their faces would lead to their arrest,” said a police official. In addition, the system identified over 190 individuals, “including people wanted for financial fraud and prostitution.”

Separate commercial financial credit systems preceded the initial efforts to create a social credit system, which includes a framework for seriously punishing violators (and, in some cases, family members) for what is called “breaking trust.” Rapid economic and social development since the death of Mao has contributed to a crisis of values among citizens. In 2014, the State Council issued a “Planning Outline” providing for collecting the credit records of “members of society” with the aim of “establishing the idea of [a] sincerity culture . . . [using] encouragement to keep trust and constraints against breaking trust.” The term “trust” is nowhere defined; the document enumerates “focus areas” in which there should be “credit construction”: “government affairs,” “commercial sincerity,” “social security,” and “judicial credibility.” To illustrate, in another section, the document calls for “correcting unhealthy trends and evil practices of abusing power for personal gain, lying and cheating [and] . . . benefiting oneself at others’ expense, etc.”

The State Council greatly enlarged the scope of the system in 2016. An elaboration of the 2014 outline states that “Regulatory structures for a name list of persons subject to enforcement for trust breaking are to become more scientific and perfected [and] the definition of persons subject to enforcement for trust-breaking as well as information management, transmission, openness, screening, cancellation, are to become lawful and efficient, accurate and timely.” Such persons must “consciously implement” duties required by a court judgment, and “judicial credibility is to increase substantially.”

The 2016 elaboration lists numerous types of restrictions on “persons subject to enforcement”; for example, companies can be prohibited from issuing shares, employees of state-owned enterprises (SOEs) could be barred from holding high positions, and individuals could be barred from seeking positions as civil servants. Punishments on individuals include restrictions on first-class rail and air travel and group travel abroad. Also, parents of children attending “high-fee schools” may be forbidden to use their own assets to pay for tuition, expanding, or expensively renovating housing or purchasing cars and other products “not necessary for life or work” may be restricted.

State agencies are not developing the social credit system alone. Eight private companies have been tasked by China’s central bank to “conduct pilot testing of their own social credit systems akin to the Fair, Isaac and Company (FICO) consumer credit ratings” used in the U.S., with the ultimate aim of integrating their data with that collected by local governments and state agencies. There are five categories of data: credit history, behaviour history, ability to pay off debts, personal information, and social networks. The data from one private company, Sesame Credit (an Alibaba subsidiary), is publicly available.

When such personal data makes its way into the legal system, additional problems arise, especially when the data is inaccurate. In one recent case, a woman accidentally used her son’s subway card, which resulted in her being accused of theft because her conduct was wrongly classified under the applicable algorithm. Also, although the data is supposedly “objective,” one acute observer, Shazeda Ahmed, has noted that some of the data is “peculiar and highly specific”: playing many hours of video games triggers a lower credit score while purchasing diapers earns points for responsible behaviour.

The social credit system is expanding steadily. In January, some three dozen local governments were running social credit systems. Shanghai was featured as an example: Through the “Honest Shanghai” smartphone app, citizens can sign on to the local system with their national ID number. The app uses personal data collected by the government, drawing on “up to 3,000 items of information collected from nearly 100 government entities.” Within 24 hours, users will receive a “public credit” score, which ranks them as “very good, good, or bad.”

It is noteworthy that NPR’s reporting on Honest Shanghai quotes an outspoken professor at a local university who voiced a strong doubt about the system: “The government asks people to be honest, but it excludes itself from such scrutiny” and the system could lead to “credit totalitarianism. . . They’re using modern technology to create a vision of Orwell’s 1984.”

Chinese criminal law and procedure could be significantly affected by the use of facial recognition by the police. A recent article suggests that Chinese companies are helping police apply facial recognition to “identify and apprehend suspects before criminal acts are committed.” Facial recognition is being used to identify people from surveillance footage to track persons with criminal histories, “suspicious” crowd behaviour, and even people wearing masks.

The possibility of charging people for “attempting to commit crimes” provokes deep concerns about how the courts might handle such cases. Already in China, 99.9 percent of defendants in criminal cases are convicted. Lawyer Li Xiaolin told The Financial Times, “In practice if there is no evidence the suspect could still be charged. . . In China wrongful verdicts with no evidence are very hard to reverse on appeal, because of the judicial system.”

The Ministry of Public Security also operates a system for obtaining DNA from individuals “for a nationally searchable database without oversight, transparency, or privacy protections.” Sometimes blood is drawn from people who are neither convicted nor suspected of criminal activity, and other targets include migrant workers, Uighurs, and activists. The Ministry stated in 2015 that it had data from more than 40 million individuals, of which 1.5 million entries are related to crime scenes. Chinese citizens have no right to refuse collection of such personal information.

Not only are more people steadily being added to the system, but enforcement of it is growing. One example is penalizing persons who are not paying debts by banning them from travel. The Supreme People’s Court keeps a “blacklist of ‘discredited’ long-term debtors,” and ordered those on the list to repay their debts. In January 2017, the Court announced that more than 6.7 million people had been banned from air travel and high-speed trains. Such penalties are also imposed “for lying in court, hiding one’s assets and a host of other crimes.”

The Global Times published a criticism of those who argue that China “is stepping up its authoritarian rule.” The article urges adoption of a “right path to set up a credit system”—but cautioned that “it needs more wisdom to do it well at low political and social risks.”

Can a “right path” be found? One such path is consumer protection: The Chinese economy is beset by fraud and fake products, and in a print Wall Street Journal article, Andrew Browne, an experienced observer, has suggested that “better data will boost consumer trust.”

It has also been argued that Chinese citizens want to be ranked, because “to be Chinese today is to live in a society of distrust, where every opportunity is a potential con and every act of generosity a risk of exploitation. . . The less people trust each other, the more the social pact that the government has with its citizens — of social stability and harmony in exchange for a lack of political rights — disintegrates.”

How dangerous is the widely-perceived lack of trust in Chinese society? It remains to be seen whether the social credit system will nourish trust, or will intensify Party-state control over Chinese society. Can both be stimulated simultaneously? Current Party policy leans on strengthening authoritarian rule. This new information system will likely serve that goal while making challenges to it all the more dangerous.

Professor Stanley Lubman is Distinguished Lecturer in Residence and Research Associate at the Berkeley  Law School, University of California. This article was originally published on ChinaFile. It is published here with thanks to ChinaFile and the author. Image credit: CC by Samuel Huron/Flickr.
Why Development Projects Are Failing Taiwan’s Aboriginal Peoples
Climate Change and Health in the Pacific Islands