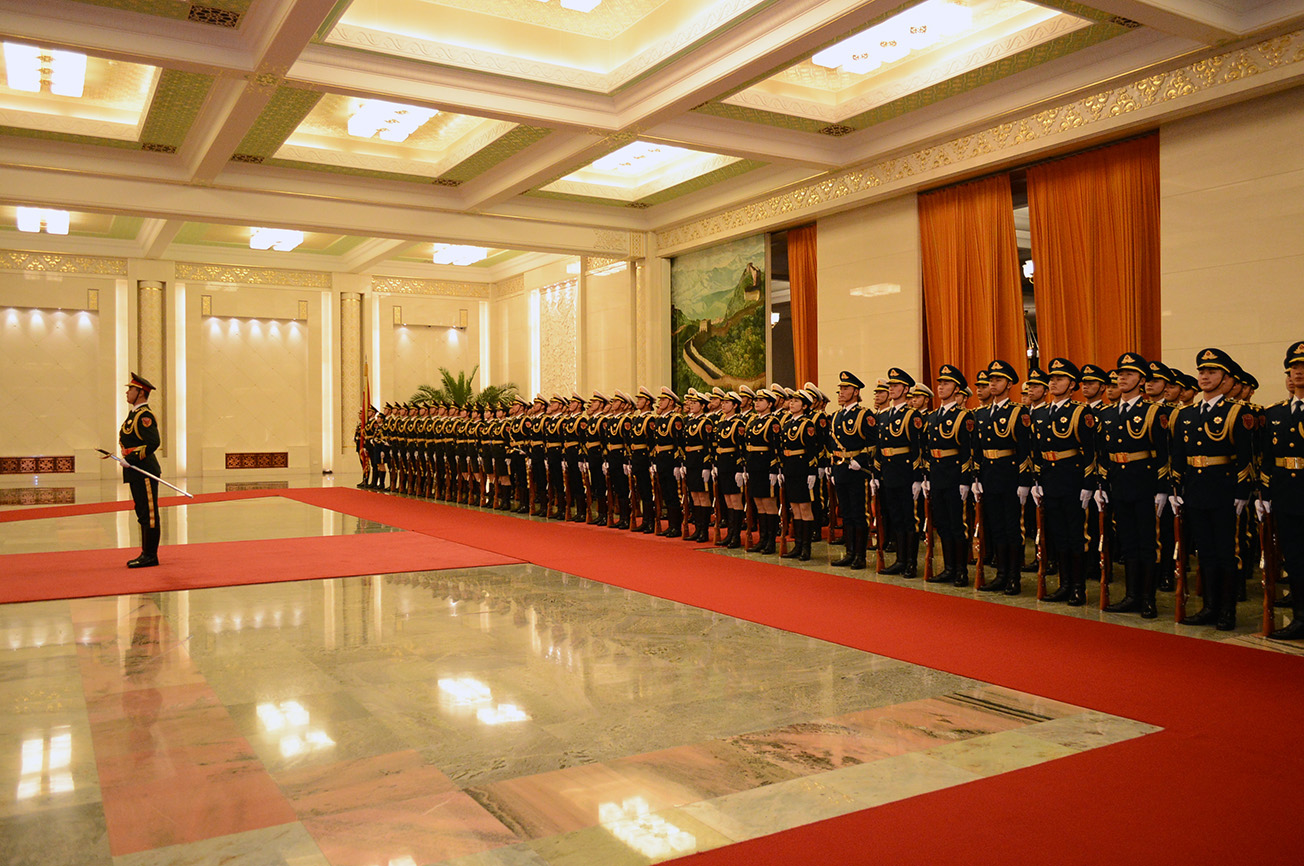 The 19th Party Congress of the Chinese Communist Party is over, and while it is still too early to truly assess the new leadership team Xi Jinping has assembled, there are a number of conclusions that seem apropos at this early stage, now that the big party of the world’s biggest Party is over.

First, President Xi has been given more power than any Chinese leader since Mao Zedong.  “Xi Jinping Thought” has now been enshrined in the CCP lexicon and in the Chinese constitution, along with “Mao Zedong Thought,” seemingly garnering a higher status than even “Deng Xiaoping Theory” or the various mantras of either Jiang Zemin or Hu Jintao.  There has also been a significant turnover of leadership in the military that owe their allegiance to Xi, exemplified in many new PLA representatives at the Party Congress, which also strengthens Xi’s hand.  Xi has announced his own “socialism with Chinese characteristics for a new era,” which is the headline phrase encapsulating Xi’s new initiatives.

Interestingly, there appears to be no clear successor to Xi among the other six Standing Committee members, a break with precedence for a leader beginning his second five year term.  This observation has been made because of the mandate for senior leadership to retire at or before age 70.  All of the seven members of the Standing Committee (including Xi) would have to retire with the 20th Party Congress in 2022.  Some have suggested that this means Xi Jinping has decided, à la Putin, to extend his leadership for perhaps another five years, until 2027.  This seems unlikely, however, because Xi ally Wang Qishan stepped down with this 19th Party Congress, upholding the 70-year-old age limit among top leadership.  If Xi had wanted to relax that norm, he could have done so by keeping Wang on his team, but did not.  It might also be said here that Xi’s aggressive anti-corruption campaign has been endorsed again in his Report of October 18, and will clearly continue (and with renewed vigor) with the new leadership team.

Second, while Xi now has unprecedented power in the post-Mao era, it does not appear that he will be another Mao, an unchecked totalitarian leader.   There are several reasons for this.  For starters, China has changed a lot since Mao’s day.  While state control of media and hyper surveillance in China are truly impressive (even darkly ingenious), there is a level of popular awareness of politics and policy in China that Mao did not face, and today’s “masses” are much better educated, much wealthier, and have much higher expectations of their government than was the case in Mao’s time.  Moreover, while Xi certainly has created for himself a personality cult (referring to many favorable social media stories about him and monikers such as “Xi Dada” for him and “Peng Mama” for his well-known and very photogenic wife) which has not really been seen since the time of Mao (or at least Deng), it is a much softer version, for we have not seen Xi’s picture in every home and public building, little red Xi books on every shelf, or Xi buttons on every lapel, which was the case in Mao’s time.

Most importantly here, however, is the structure of the new Standing Committee.  Xi brought in two of his own protégés, Li Zhanshu and Zhao Leji (while losing Wang Qishan), but Jiang Zemin protégés Wang Huning and Han Zheng were also brought in, as well as Hu Jintao protégé Wang Yang, to join extant Standing Committee member and Hu protégé Li Keqiang.  Put another way, that would mean three on Xi’s team (including himself), two for Jiang (and his Shanghai Clique) and two for Hu (and his Youth League Clique).  Surely Xi could have been much more ruthless if he wanted to be a true dictator – he could have kept Wang Qishan, moved Li Keqiang out, and brought in others closer to himself, but he did not.  David Dollar of Brookings has called this a “Team of Rivals” approach, alluding to Doris Kearns Goodwin’s book of that title about US President Abraham Lincoln and his preference to lead by co-opting and empowering his former political rivals, making them political allies via power-sharing arrangements (yet with him still at the steering wheel, we might add).  It does seem that Xi has adopted this approach.

What this seems to mean is that while Xi Jinping is without doubt the strongman of China, he is not empowered such that he can be a totalitarian dictator in any sense.  In fact, the structure of the Standing Committee tells us that there is a power sharing arrangement of sorts among China’s leading political cliques (or factions if you prefer), that may be more indicative of consensus reached among elites which suggests stability, than of any power grabbing by President Xi.  Given China’s challenges in the coming five years this seems to bode well for China’s stability, though of course problems remain, to which I will turn next.

Third, a close reading of Xi’s long report (65 single spaced pages in English, which took more than three hours to deliver orally), reveals a number of other things that suggest Xi is tightening the screws of state power while taking the nation back some years (not forward!) in terms of ideology.  In the report the reader might be struck by the prominence of references to Marxism, and terms like “democratic centralism” and “people’s democratic dictatorship,” terms/concepts that seem anachronistic and hark back to a bygone era.  His speech made many references to “democracy” but in the context of Lenin’s discredited notion of “democratic centralism,” which is not democratic at all by any standard definition of democracy.  In addition, the contradictions in the term “people’s democratic dictatorship” are as bare now as they were sixty years ago.  Democracy cannot be authoritarian or dictatorial any more than water can be dry.  It is disappointing that these terms are being given new life now, for despite the many reforms and great successes of the CCP in developing the country in recent decades, these misguided phrases cannot serve the people, but rather are more likely to be part of the unfortunate repression of greater degrees of expression, innovation, dynamism and general excellence that is otherwise so apparent in abundance in Chinese society today, and which, along with deeper degrees of participation, will be needed more than ever as China moves forward in its reforms and revitalization (fuxing) in coming decades.

In conclusion, it seems that the new leadership team is united, and stronger than ever, with Xi Jinping (and “Xi Jinping Thought”) at its core.  The unfortunate continued reliance on terms like “democratic centralism” and “people’s democratic dictatorship” seems to have been arrived at by consensus of the top leadership, for Xi’s long report is not the product of one man, but of this new team and those they represent.  Xi is clearly very powerful, more powerful perhaps than any leader since Mao.  He is not all-powerful, however.  He is accountable to this team of rivals, and he will be accountable for what happens in the coming five years of China’s growth.  If with this new team and five year plan Xi can navigate through China’s domestic economic and political challenges, as well as the international challenges China faces, he will have cemented his legacy.  However, if China’s ship of state hits the rocks, it will be clearer than ever who was at the helm.  Such is the nature of authoritarian politics.

Gregory Moore is Head of International Studies and Associate Professor in International Relations at the University of Nottingham, Ningbo. He is also a Resident Senior Fellow of the China Policy Institute. Image Credit: CC by Agencia de Noticias ANDES/Flickr.