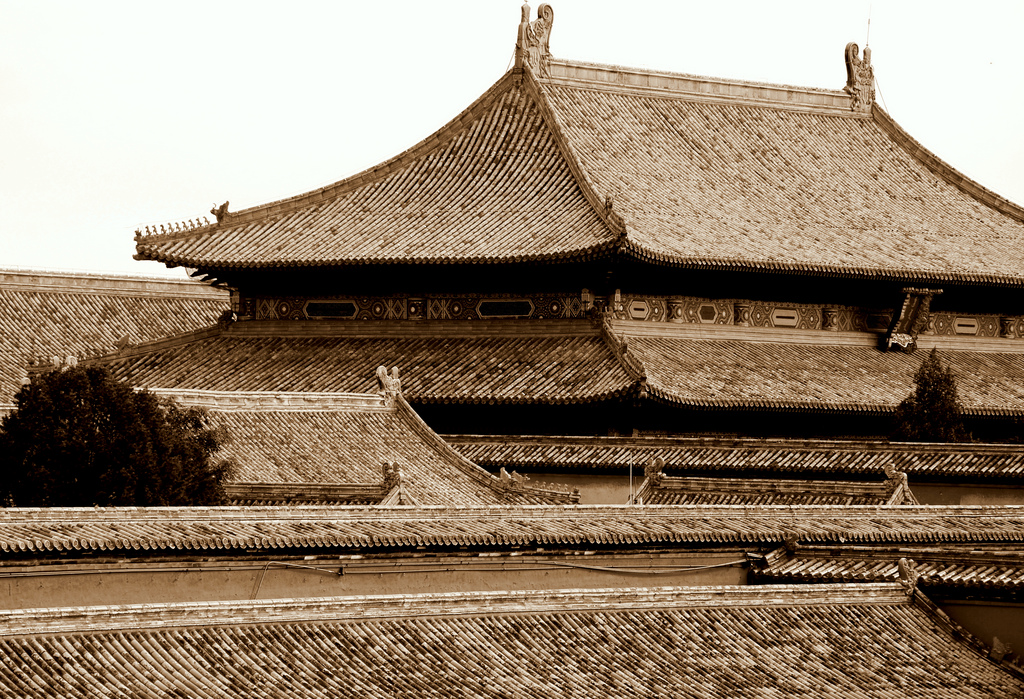 In global history, China stands out for its reputation for close, reliable documentation from an early date. Over two dozen of the dynastic empires of China dating back more than 2000 years have fairly detailed histories, most of them produced within a generation or two of their demise by the succeeding dynasty. Specialists on China’s population history produce detailed graphs of growth and retraction over at least 20 centuries, providing a backbone for global population estimates. Laws of community responsibility made family and neighbours not only liable for each others’ misdeeds but constantly watchful for behaviours that might put hundreds or thousands at risk of unspeakable punishments. Emperors were well-known for their surveillance and secret communications systems. Surely such a society enters the twenty-first century not only as a government prepared to exercise the most sophisticated tools for mass monitoring but as a culture peculiarly conditioned to assimilate them?

We might separate myth from fact. The mounds of documentation in the imperial histories were produced and preserved by a process of redaction that systematically destroyed much of the source material. Though original archives still survive in some places in China today, the amount of undisturbed historical documentation in China does not approach anything available for medieval or early modern Europe. What are often referred to as census records of the early empires were actually lists of tax payers. Census records as we know them were introduced —in China as everywhere else in Eurasia— by conquest states of the later Middle Ages. More important, we now suspect that as documentation became thicker in the Qing period (1636-1912) it became more deceptive; local officials learned to manipulate population and revenue reports to make themselves look good but minimize their exposure to audits. They anticipated an important principle of the 21st century: As data becomes more political, its relation to truth becomes more arbitrary.

What we know about China’s statistical history comes not from the imperial monitoring and recording, but from careful integration of documentation from as many distinct sources as possible, from archaeology, from material evidence of environment and genetic change. For China as for anywhere else, we can make good guesses regarding relative sizes of population, of government, of agricultural production. But precise numbers are never agreed upon and rarely of any value. China’s reputation as an empire of competent statistics was an invention of 19th and early 20th Sinologists impressed with the sheer amount of orderly documentation available, and eager to believe that China’s governments had bequeathed humanity a unique amount of quantified information.

The mirage of imperial Chinese monitoring genius and the myth of a gigantic and competent imperial state are related. Enigmatic numbers from the Han period relating to its government officials suggested to some historians that the Chinese government was hundreds or thousands of times bigger than, say, the government of Rome. It must have been doing something awesome with all that capacity. But today we realize the few numbers provided by the Han histories are easy to relate to practical state functions. Rome and Han were Iron Age twins in virtually all material respects —territory, population, standing army size, capital city size, revenue, expenditure, even daily caloric intake. One clearly did not have a state that was hundreds or thousands of times the size of the other. Even if Han had the largest and best-defined state in the world —which it may well have had— it was still a state that was minuscule in relation to the territory, population and economy on which it floated. And that tendency to keep government very small remained a feature of empires based in China until the 20th century.

Like the Russian and Ottoman empires, the Qing empire was satisfied with a little speck of a government —possibly, at a maximum of 40,000 officials, no bigger than the Han government had been— attempting to rule 400 million people. In the meanwhile Britain, Japan and the United States ballooned their governments to foster innovation in agriculture, industry, military, education and medical care.

The history of the imperial period suggests that the general population of China was not under any illusions that their state was statistically precocious or omnipresently watchful. Riots, rebellions, murders, theft and corruption occurred as frequently as anywhere else. Nothing suggested a society inured to intrusive government surveillance or expecting constant assessment and discipline.

The CCP’s current enthusiasm for big data as tool of social and political discipline has no serious continuities with Chinese history. Of course, creating indices of political reliability was a CCP obsession from at least the 1930s, when the first Communist governments were formed in Jiangxi, and later at Yan’an. The methods were crude, even if the consequences could be severe. But the creep of big data is to be traced not from China’s past to its present but from digitization’s’s origins in 1930s Europe and North America. IBM —which today is alloyed with Microsoft, Facebook, Twitter, and China’s leading data companies Tencent and Lenovo— is its ancestor.

The Chinese public is quite aware that foreign companies like Cisco wired up China both to bring the wonders of the internet and to allow the CCP to monitor the locations and communications of Chinese citizens. They are also quite aware that ideas like “social credit” are not really Chinese —it is the English-speaking world that has suggested that intelligence, health underwriting, credit worthiness and social conformity are all handily reduced to logorithms. The main difference in non-democratic China is that “social credit” can be a topic of government exhortation, while residual democratic habits keep the US government demure on the subject of quantifications of citizen worth. And the Chinese protest and obstruct social credit campaigns the same as other populations do, even to the point of frustrating some of the state’s grandest ambitions. But both state and society see data as meaningful for its uses, not for its relation to truth.

Professor Pamela Kyle Crossley is a speciailist on the Qing empire and modern Chinese history, and also researches and writes on Central and Inner Asian history, global history, the history of horsemanship in Eurasia before the modern period, and the imperial sources of modern identities. Image credit: CC by Michael McDonough/Flickr.