Why there won’t be a ‘progressive’ Canada-China trade deal 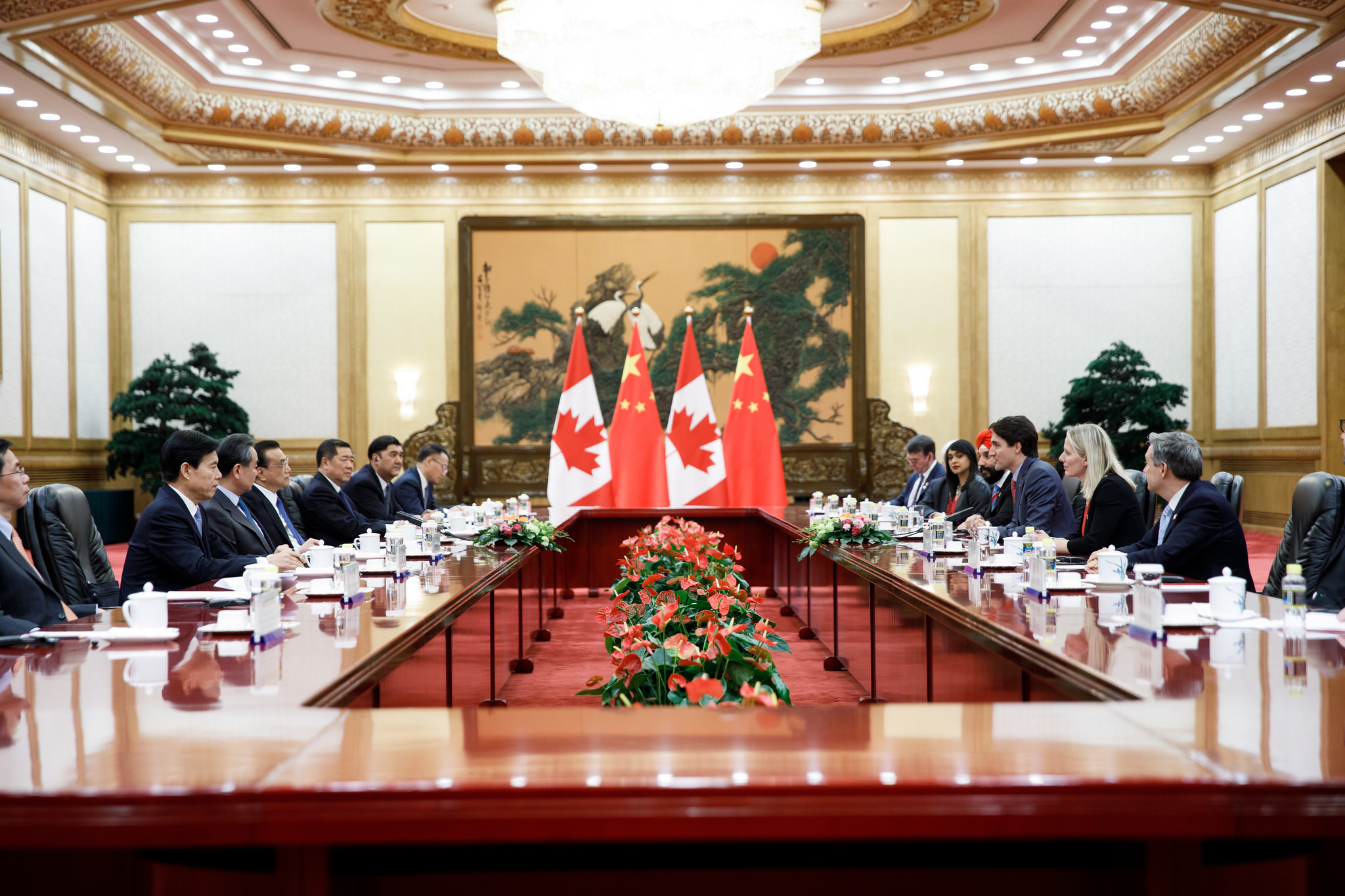 The federal Liberals are dreaming if they think skeptical Canadians will buy the official line on Prime Minister Justin Trudeau’s sudden visit to China.

While Canadians settled in for the Grey Cup game last Sunday, the PMO announced that Trudeau will be in Beijing this week for talks about “a progressive trade agenda” as well as “frank dialogue on human rights issues like good governance, freedom of speech and the rule of law.”

Frank dialogue on human rights? Based on my past experience as a counsellor at the Canadian embassy in Beijing, I can safely say that Canadians should well be worried.

Beijing has made clear it will not abide aspirations of a “progressive trade agenda.” Inserting clauses on human rights, the environment or regulatory transparency into a free-trade negotiation is a non-starter.

This is a regime that demands Canadian companies operating in China transfer technology and intellectual property rights to their Chinese state partners. A free-trade deal won’t change that. No such “progressive” conditions appear in free-trade agreements with New Zealand or Australia. Why would Beijing give a minor global player like Canada special consideration?

Ottawa’s report this year on the “Public consultations on a possible Canada-China FTA” has a long list of concerns cited by businesses that have had arbitrary taxes, import duties and “new” internal regulations imposed on them as their Chinese state partners squeezed them out of the Chinese market. The report strongly contradicts Trudeau’s optimism that a China free-trade agreement will benefit Canada and should be taken seriously.

Canada will have to toe China’s line

Beijing is unyielding that non-economic factors have no place in trade deals. If Canada wants enhanced access to China’s huge market, it must toe Beijing’s line on non-contact with Tibet’s Dalai Lama, stay silent about threats to democracy in Hong Kong or Taiwan, drop objections to China’s development of military facilities in the international waters of the South China Sea and submit to Chinese espionage in Canada.

All this amid ever-increasing reports of aggressive menacing of Canadian citizens of Chinese origin to get them to comply with and serve the interests of the “motherland.”

So, what more does China hope to get in a free-trade agreement?

It already has excellent access to Canadian markets, thanks to low Canadian tariffs under the World Trade Organization and Canada’s fair and transparent import and investment regimes. Will Ottawa cave to China’s demands that we open our energy and mining sectors to unfettered acquisition by Chinese state firms if it fails to lead to Canada getting reciprocal access to Chinese assets? Canada will not get that access, incidentally.

What’s more, the putative benefits to Canada of free trade are underpinned by Beijing’s rhetoric on “building trust.”

There is ample precedent that China’s adherence to international trade deals has not been trustworthy, from recent harsh restrictions placed on Australian coal when it began capturing a bigger share of China’s market, to devastating restrictions placed on South Korea’s Lotte Corp.’s operations in China after South Korea allowed the United States to install an anti-missile defence system, against Chinese protests.

China does not deal in good faith

Then there are China’s threats to effectively ban Canada’s significant sales of canola seeds, which has forced us to keep transferring Canadian high-tech military applications to the Chinese military.

Once Canadian producers become dependent on the Chinese market, an asymmetrical power dynamic comes into play. There is ample aforementioned evidence that China simply does not deal in good faith, and there is no basis for confidence that the Chinese will suddenly become compliant with the norms of international commerce.

Contrast this to the lack of political concessions that Canada has had to make as a consequence of our economic dependence on the United States.

The U.S. has not used its economic power over Canada to coerce our accepting missile defence systems on Canadian soil, nor has it forced Canada’s participation in U.S. military actions abroad. Washington has not compelled us to sell Canadian water to the parched Midwest and California, or used economic menace to induce Canada to let American multinationals start mining in environmentally sensitive areas of the Canadian North.

China has no qualms whatsoever about fully leveraging economic dependence to serve its overall geopolitical goals throughout the world, including Canada.

Trudeau should speak frankly to China

Trudeau would represent Canada best if he gave China a frank review of the reasons why we cannot commit to free trade with a non-transparent, state-directed, duplicitous and corrupt economic regime. He should also brief his Chinese interlocutors on Canada’s “Justice for Victims of Corrupt Foreign Officials Act (Sergei Magnitsky Law)” which came into effect in October.

Recently, 19 Venezuelan officials joined the list of Russians and South Sudanese on the Canadian Magnitsky sanctions list because, as the government explains, they are “responsible for, or complicit in, gross violations of internationally recognized human rights, have committed acts of significant corruption or both.”

Presumably the same criteria applied to Russia and Venezuela will shortly be applied to much larger numbers of Chinese officials. Or does China free trade trounce that, too?

Charles Burton is an Associate Professor of Political Science, Brock University. This article was first published on The Conversation and can be found here.Image credit: Prime Minister of Canada/Flickr.