Gujarat Election: The Return of Congress? 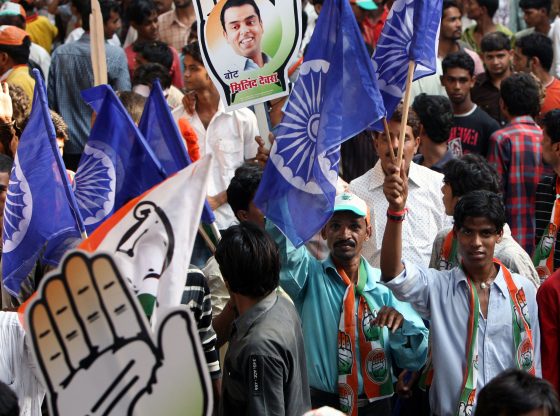 In the recently concluded Gujarat elections, despite not being able to topple the ruling-BJP, the Indian National Congress (INC) performed well; showing signs of a resurgence. Since its devastating loss in the 2014 Indian General Elections, the INC has faltered and ceded ground to the Bharatiya Janata Party (BJP) at the state and national level. 2014 saw the worst showing for the INC in a General Election. So severe was the Congress’s defeat that they did not win enough seats to even form the opposition party at the national level. Additionally, a string of misfortunes and poor political calculations have led to nineteen states in the country coming under BJP (or NDA) rule. This piece will explore three positives that came out of these elections that could show that a resurgence of the Congress is imminent.

…the Congress is building up to once again being a potent opposition party and a potent bulwark against the type of India that the BJP has been trying to build.

In the state ruled by the BJP for the past 22 years and home of the BJP’s two leading figures Narendra Modi and Amit Shah, the INC increased its vote share and the number of seats won from the previous state elections in 2012 including winning the seat in Prime Minister Modi’s home constituency. With this, it has delivered its best showing in 30 years.  This revival has curtailed the BJP majority in the state to 99 seats; less than what most exit polls predicted and significantly less than the 150-seat promised by BJP Chief Amit Shah. Even a few months ago, the BJPs invincibility in the state was taken for granted. However, with the resurgence of identity politics, missteps at the national-level, and failure to deliver at the state level, the party had to heavily rely on Prime Minister Modi to campaign in the state delivering speeches at over 30 rallies.

The INC’s increase in its vote share is the most promising sign for the party. While a marginal rise of around three percent can be observed between 2012 and 2017, a significant improvement can be witnessed from 2014 where the BJP captured 60 percent of the vote share in Gujarat.

The Gujarat elections also showed that the party may be regaining its ability to attract allies. With significant backing from the trio of firebrand young leaders, namely Hardik Patel, Alpesh Thakor, and Jignesh Mevani, the Congress demonstrates that it remains a potent force in Indian politics. Earlier this year it faced a debacle in Bihar when its ‘Grand Alliance’ against the BJP failed; as Nitish Kumar joined hands with the BJP. The most prominent among these alliances was with Hardik Patel. Despite being too young to run as a candidate this young leader has, since 2015, been the face of the Patidar movement in the state in their demand for recognition as being OBC (Other Backward Class).

Patel’s appeal, especially among the rural youth, stems from his ability to speak to both caste and class issues such as the declining income of farmers, skewed urbanisation fostered by selling farmland, and the emotive issue of the killing of 14 Patidars in police atrocities in 2015. Patidars till now have been traditional BJP supporters, who in 1980s opposed reservations to the OBCs and helped build the BJP. By joining hands with Hardik Patel, the INC dismantled its erstwhile strategy of focusing on downtrodden communities such as the OBCs, SCs, STs and Muslims. In fact, the INC did not campaign explicitly among Muslim areas to not upset the Patidar votes or allow the BJP to communalise the elections.

When support for the Patidar social movement combined with the high salience of issues around agrarian distress such as the low Minimum Support Price (MSP) of cotton and groundnut in rural areas, votes shifted to Congress. A case in point is Saurashtra (including Kutch) where the Congress bettered its tally to 30 seats (out of 54); an almost two-fold increase from 16 in 2012. In the Patel/Patidar heartland of Patan and Mehsana district, the INC won 5 out of 11 seats as against 4 seats in 2012. Additionally, the INC lost 5 seats with a margin of less than that of ten thousand votes in these two districts. Significantly, the INC won Unjha constituency, which includes PM Modi’s hometown – Vadganar – and is home to one of India’s biggest Agricultural Product Market Committee (APMC) markets, Patan, where they defeated a five-time BJP MLA. However, despite Congress’ best efforts, the urban Patel/Patidar vote remained strongly behind the BJP. For instance, the BJP was widely predicted to lose the Varachha Road seat in Surat where the Patel vote bank is crucial. However, the BJP retained the seat. The BJP won 13 out of the 14 urban constituencies where BJP and INC both had fielded Patel candidates.

New Leadership and a New Vision:

The INC finally has new leadership with some bite. Much has been written about Rahul Gandhi’s (lack of) political ability and his inheritance of this prominent position by virtue of being a scion of the Nehru-Gandhi dynastic rule, but at least there is now someone formally at the helm of affairs to steer the ship. This is especially helpful considering Sonia Gandhi’s string of ill-health. Congress’ lack of a strong central leadership further undermined its ability to attract allies following the 2014 general election debacle.

The younger Gandhi has demonstrated his political potency with renewed vigour in the political and social media sphere, simultaneously attracting significant attention and commendation. Under his leadership in Gujarat, the INC showed the ability to focus on issues that spanned across caste-lines such as the declining income of farmers, the unsustainable pattern of urbanisation, and the lack of social welfare schemes in the state. Due to this renewed rhetoric, the INC made inroads in the BJP citadels of Saurashtra and the northern Gujarat Patel heartland of Patan and Mehsana district where caste issues are coupled with agrarian distress.

With eight state elections slated for 2018, there is a lot to play for in the coming year before the 2019 general elections. While it may still be very difficult to dislodge Prime Minister Modi and the BJP in 2019, these outcomes from the Gujarat election are encouraging for the INC. Even if the BJP comes out on top in 2019, the Congress is building up to once again being a strong opposition party and a potent bulwark against the type of India that the BJP has been trying to build. In 2019, much like in Gujarat, a BJP win doesn’t necessarily mean a loss for the Indian National Congress.