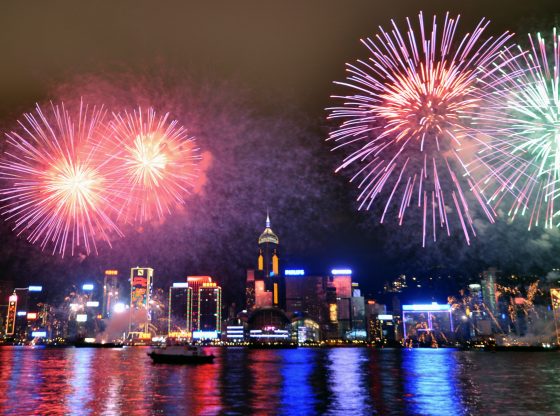 It has been an immensely rewarding experience to be the Founding Editor of IAPS Dialogue over the past year. I’ve had the pleasure of reading expert commentary on breaking events, as well as pieces reflecting on the politics and society of various countries. Our readership has soared, with the majority of our readers in the US, closely followed by the UK and India. But it’s immensely satisfying to see a sizeable number of followers from the Philippines, Pakistan, Australia, Singapore, South Korea, and many others.

As anyone who has worked with me since taking over as Director of the Institute of Asia and Pacific Studies at the University of Nottingham knows, I am want to say ‘Asia is just so bloody big!’ The diversity of topics that we have covered on Dialogue this year reflects this, as do our top ten viewed articles:

Asia in 2017 would have been interesting even without the election of Donald Trump, but concerns over the US’ disengagement from the region as well as the bellicose rhetoric surrounding North Korea have made the region the focus of international attention for all the wrong reasons. Opinion has been varied on Dialogue, some authors arguing for the importance of keeping negotiations open with the North Korean regime, others arguing for a tough approach.

What is beyond doubt is that a detailed understanding of the region has become even more vital, both for the threats to international security posed by states such as North Korea as well as non-state actors such as ISIS. A reading of the posts on Dialogue this year reveals the expanding reach of ISIS within states such as the Philippines, Indonesia, Australia, Bangladesh and Pakistan. The rise of Islamic extremism within Muslim countries previously unaffected by it, such as the Philippines, and its increasing hold in states such as Bangladesh, should worry policymakers across the world.

Regional tensions also made their mark on the Asian scene in 2017.  The biggest of these were the tensions over Doklam. This can be viewed either as a resurgent China testing its mettle in the region or as a long-standing power jostle between two regional hegemons. It was significant that it occurred shortly after India’s Narendra Modi visited Washington. The warming of the relationship between India and the US is something that concerns China, and its relationship with Pakistan owes something to this. However, China’s ambitions in Pakistan are not new, the Gwadar port has been under development since 2007.

Mention of the China Pakistan Economic Corridor (CPEC) brings us nicely to the Belt and Road Initiative (BRI), formerly known as the One Bet One Road (OBOR). Many of our posts have focused on this, and rightly so; it has the potential to be a game changer in the region. Many are concerned that, rather than promoting multilateralism, it will be run on a hub and spokes model, with China being the hub. Although many of the projects are mere plans, several (including the CPEC) are in development. Concerns have been raised about the financing of this initiative, and – although it is almost taboo to raise the subject in Pakistan – the levels of debt that Pakistan will incur to develop these projects.  Comparisons with Sri Lanka, which had to hand the Hambantota Port over to a Chinese company in lieu of its debt, demonstrate the dangers. Concerns have also been raised about the BRI increasing regional tensions, with India, Japan and Vietnam worried about Chinese ambitions. The Asia Africa Growth Corridor was proposed by Modi in May as a challenge to the BRI, and in the same month Modi notably refused to attend the BRI summit in Beijing in protest against the route of the CPEC. Questions must be raised about whether the project can be developed multilaterally, and whether it is too dependent on the good relations between Modi and Japanese Prime Minister, Shinzo Abe.

Personalities have loomed large in Asia this year. In October, Xi Jinping was re-confirmed as General Secretary of the CCP and in the same month Abe secured a successful re-election in Japan. Despite implementing what many have termed a disastrous demonetisation policy at the end of the 2016, Modi’s popularity in India appeared undiminished and his party won the elections in the key state of Uttar Pradesh in March. Later that year however, the shine was taken off BJP as a result of a late surge by the Congress in  Modi’s home state of Gujarat (although the BJP managed to hold the state). Duterte continues to dominate the Philippines, his popularity seemingly undiminished by allegations of human rights abuses in his war on drugs.

Not all leaders were as successful. In March, Park Geun-hye was dismissed as president of South Korea on charges of corruption and Nawaz Sharif was dismissed as the Prime Minister of Pakistan in July for the same reason. The former may be seen as a triumph for democracy, but real questions remain over the involvement of the military in the judicial process in Pakistan and the future of democracy in the country, which faces general elections in 2018.

Concerns over freedom of speech abound in Asia. In too many countries of the region journalists are killed or arrested for speaking out, like Gauri Lankesh in India in September. Real concerns are expressed about increasing challenges to academic freedom in China. A report on Asia in 2017 would not be complete however, without mention of the ethnic cleansing that has taken place in Myanmar. Many journalists have either disappeared or been detained in an attempt by the regime to control information about the actions of the military in Rakhine state. It serves as a salutary reminder that democracy may not be friendly to minority communities – as the ‘Cow Protection’ violence in India in 2017 has also demonstrated. The fate of the Rohingya is likely to feature prominently on Dialogue in 2018.

I would like to personally thank each and every one of our authors who has written for us, whether they contacted us directly or were persuaded by our wonderful interns, too numerous to list individually, but indispensable to the success of the magazine. Our Editor John Pollock, has done a sterling job, and deserves credit for helping expand the blog’s audience. I look forward to learning more in 2018 – Asia will no doubt continue to be prominent.

Katharine Adeney is Professor of Politics at the University of Nottingham and Director of the Institute of Asia and Pacific Studies. She has published widely on both Pakistan and India. She tweets @KatAdeney. Image credit: CC by Michael Elleray/Flickr.