With all eyes on North Korea, China is securing the South China Sea 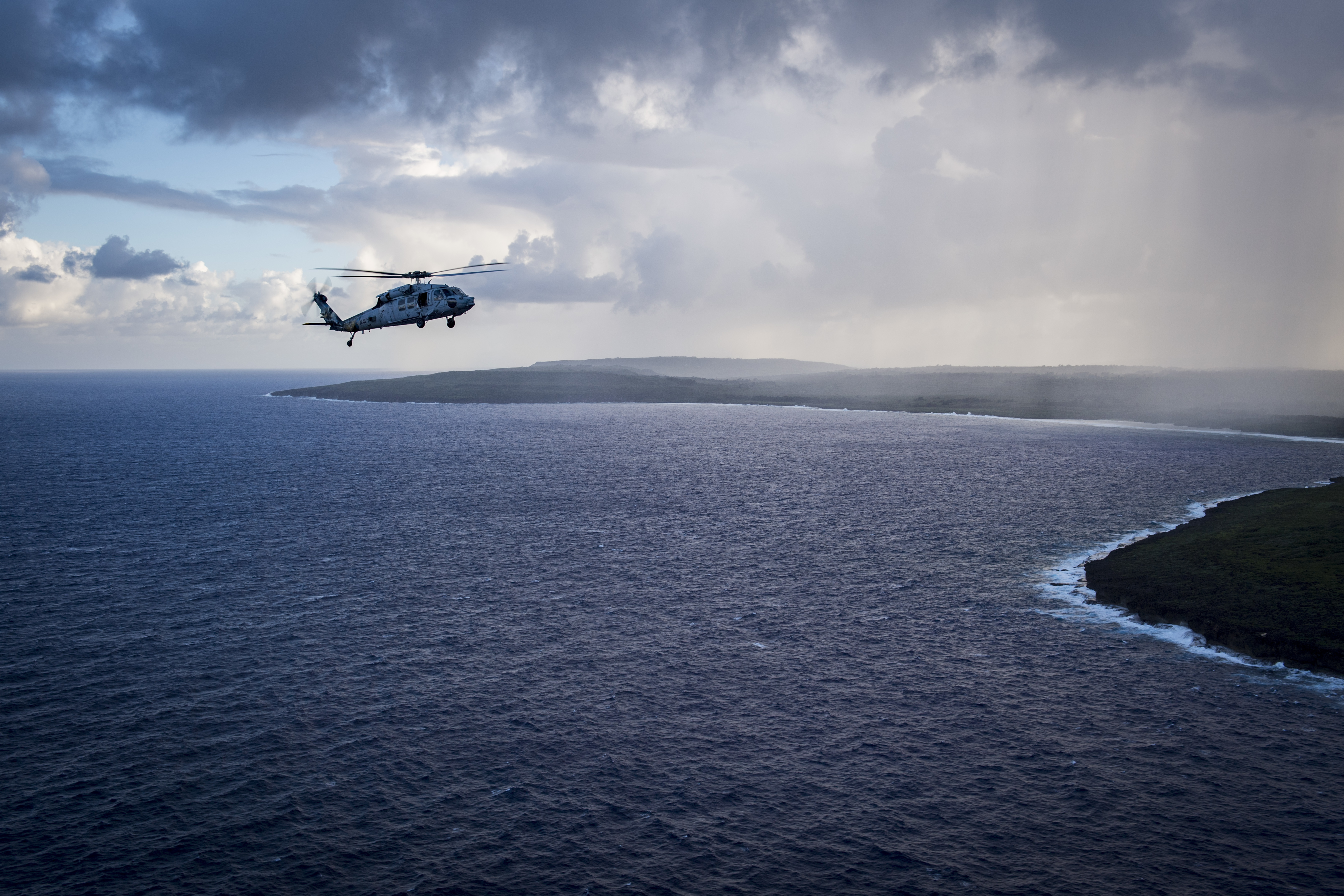 With the United States laser-focused on the North Korean nuclear problem, China is cementing its control over the South China Sea.

Earlier this month, CSIS’s Asia Maritime Transparency Initiative (AMTI)—which closely tracks China’s island-building campaign using satellite imagery—reported that 2017 has been a productive year for Beijing. After completing most of its dredging work to create the artificial islands in previous years, China has turned its attention to transforming these into operational military outposts. As AMTI observed, “Beijing remains committed to advancing the next phase of its build-up—construction of the infrastructure necessary for fully-functioning air and naval bases on the larger outposts.” To this end, China used 2017 to build everything “from underground storage areas and administrative buildings to large radar and sensor arrays.”

The greatest amount of work, according to AMTI, occured on Fiery Cross Reef in the Spratly Islands, where construction stretched twenty-seven acres (110,000 square meters). Here, China completed huge hangars near its previously built airstrip, and also continued work on large underground tunnels where Beijing is likely to store ammunition and supplies. In addition, AMTI reports that China is building communication and sensor arrays and facilities across the manmade island, as well as hardening shelters for missiles.

Subi Reef, also part of the Spratly Islands, saw slightly less expensive construction in terms of the amount of area covered, but all of the same military features. In particular, AMTI said that “China is poised to substantially boost its radar and signals intelligence capabilities at Subi Reef.” AMTI documented other construction on Tree Island, North Island and Triton Island. Altogether, it estimates that since the beginning of 2016, China has added twenty-nine thousand square meters of infrastructure on its seven manmade islands in the South China Sea.

But China’s efforts to assert its dominance over the South China Sea is not limited to work on the ground. Following AMTI’s latest analysis, China’s official news agency, Xinhua, announced that Beijing plans to launch ten more satellites over the South China Sea in the coming years in order to maintain constant, 24/7 coverage of the area. Xinhua’s report, citing the Sanyan Institute of Remote Sensing, said it would launch three optical satellites in 2019. Following that, according to the story, “it will add another three optical satellites, two hyperspectral satellites and two SAR satellites to complete the Satellite Constellation Program by 2021, for conducting round-the-clock remote-sensing over the tropical sea area.”

While Xinhua depicted the satellites as serving civilian needs, they have obvious military functions. In fact, according to Collin Koh, a Research Fellow at the S. Rajaratnam School of International Studies and one of the sharpest observers of the South China Sea, the additional satellites are necessary because Beijing’s current ones have some blind spots.

The militarization of the artificial islands and the increased satellite coverage bring China closer to its goal of dominating the South China Sea. Forward-deployed bases will help Beijing maintain constant air and naval patrols in the area, which would be difficult if the People’s Liberation Army (PLA) was forced to operate solely from the Chinese mainland. Similarly, greater satellite coverage will allow these forward-deployed assets to identify local threats of various kinds. In turn, maintaining constant patrols in the area bolsters China’s claims of sovereignty over nearly the entire South China Sea. Besides China, currently Taiwan, Malaysia, the Philippines, Vietnam, Brunei and Indonesia all claim parts of the body of water.

Beijing’s moves in the South China Sea come at a time of strategic opportunity. For starters, the Philippines—which traditionally, along with Vietnam, has been China’s most vocal critic in the South China Sea—has struck a conciliatory tone with China since the election of current the president, Rodrigo Duterte, in 2016.

Similarly, the United States has mainly prioritized reining in North Korea’s nuclear program during the course of this year. In addition, President Donald Trump has also sought to make bilateral trade ties with China a larger priority that previous administrations. To its credit, the Trump administration has authorized far more frequent freedom-of-navigation operations (FONOPS) in the South China Sea than the Obama administration. In one five-month period from May to October 2017, the U.S. Navy conducted four FONOPS contesting various Chinese sovereignty claims in the South China Sea. Still, the North Korea nuclear issue and trade relations have dominated U.S.-Chinese bilateral relations under Trump.

The Chinese government has also actively sought to tamp down regional criticism of its moves by agreeing to resume negotiations for a code of conduct in the South China Sea with the Association of Southeast Asian Nations (ASEAN). Those negotiations, which have been in the works throughout the second part of 2017, are expected to begin early next year. Whatever results come out of these talks, they are unlikely to alter Beijing’s ultimate goal of cementing its control over the South China Sea.

Stand Up: The National Anthem Controversy in India
What we can expect from China’s economy in 2018