China is making inroads into the Middle East, starting with Israel

Home /Asia/East Asia/China/China is making inroads into the Middle East, starting with Israel 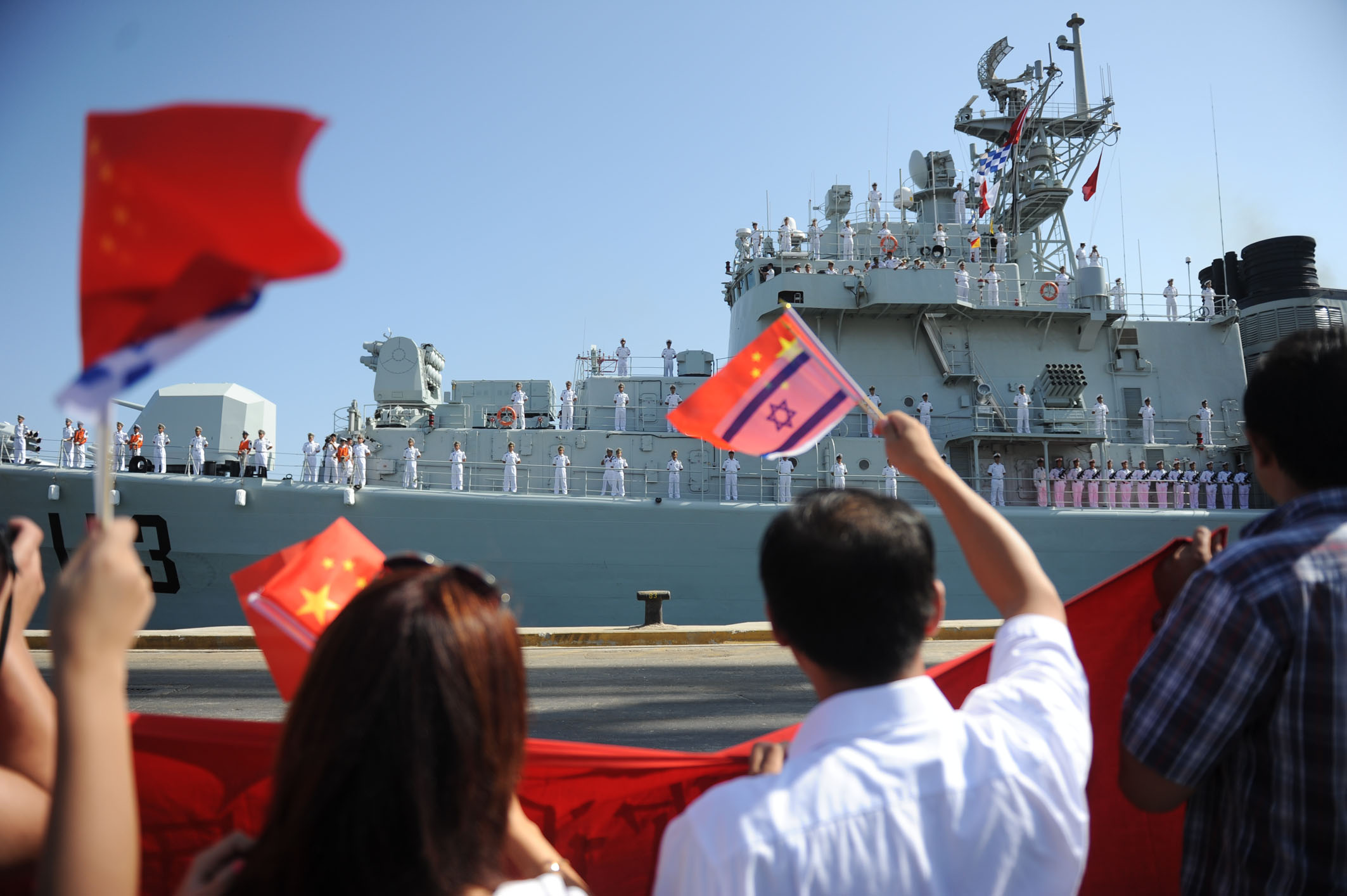 China is expanding its reach not just in the Asia-Pacific, but globally.

What underpins China’s global push is President Xi Jinping’s commitment to transform China into a fully-developed, industrial country and to advance Chinese power in the world. Xi rejects former-President Deng Xiaoping’s ‘hide and abide’ approach, as China has now crossed into a ‘new era’. For Xi, it is time for China to have a place under the sun.

Xi’s tool of choice is strategic investments. This is a wise tactic, as it allows for a soft approach to influencing international politics that is less likely to cause anger. This can be contrasted with the tactics of Putin, who has annexed Crimea and embedded Russia in Syria, Iran, Libya and other conflict zones.

While encouraging Chinese investment abroad, Xi is also making sure that such investment is strategic and of benefit to China. This is why on 18 August 2017, the Chinese Government introduced new rules to control Chinese overseas mergers and acquisitions.

The rules outline three types of investment: banned, restricted, and encouraged. Military, gambling and sex industries all fall under banned investments. Restricted investments include such industries as real estate and hotels, film and entertainment, sports, and those that do not comply with environmental standards. Meanwhile the government encourages investment in industries that advance China’s technology, research and development, oil, mining, agriculture and fishing sectors.

At the centre of Xi’s vision is the Belt and Road Initiative (BRI), a $US 1 trillion-plus program of infrastructure investment in more than 60 countries in Europe, Asia and Africa, including those that historically were not much interested in China.

One example is Israel.

For decades, Sino-Israeli relations were trapped by Beijing’s reliance on Arab oil and its leadership position in the non-aligned world.

China’s open door policy and the Oslo Peace Accords freed Beijing and Jerusalem to develop trade relations. Within a matter of decades, Chinese investment in Israel had increased substantially: in 1992, when full diplomatic relations were established, Chinese investments stood at US $50 million. By 2016, this figure had risen to US $16.5 billion.

Chinese investors have bought into the Israeli high-tech sector, formed joint ventures, hosted a trade conference and managed construction projects in Israel, including port and tunnel building. This trade relationship is likely to improve further, as Chinese investors adopt a cautious approach to investment in the United States due to President Trump’s anti-Chinese rhetoric.

Israeli politicians are very much in favour of improving relations with the East Asian power, as Israeli Economic Minister Eli Cohen said in September. Israeli companies also welcome Chinese investment, as there is concernthat Trump’s tax reform would require Israeli start-ups to either register as US entities, or move some of their operations to the US in order to become eligible for tax rebates.

As part of the Israel-China corridor, there are discussions about the potential of a ‘Red-Med’ railway. The plan would connect Eilat, a port on the north of the Red Sea, to the port of Ashdod in the Mediterranean, while also developing Eilat to accommodate more cargo ships. In 2014, a subsidiary of China Harbour Engineering Company (Pan-Mediterranean Engineering Ltd.) won a US $950 million tender to build a port in southern Ashdod. The Chinese will build docks, warehouses and jetties. A year later, the Shanghai International Port Group (SIPG) won a US $2 billion tender to operate the new Haifa Port for 25 years. The Chinese will begin to run the port in 2021.

Since August 2016, the China Ocean Shipping Company (COSCO) has owned Greece’s largest seaport, Piraeus. The ‘Red-Med’ rail line would make it easier for China to ship cargo to Piraeus and then into the European Union, bypassing the Suez Canal, which is dealing with increased traffic.

In March 2016, Israeli Prime Minister Benjamin Netanyahu and China’s Vice Premier Liu Yandong announced the start of negotiations for a China-Israel Free Trade Agreement. The Agreement is linked to Xi Jinping’s BRI project, as once signed, it would cover such issues as standardisation, the removal of trade barriers, and areas of bilateral cooperation in the technological and economic sectors.

When looking at Sino-Israeli relations, it becomes abundantly clear that Israelis are not overly concerned about the prospect of China using its financial leverage in the country to meddle in their political system. This could be for several reasons.

First is hubris; the Israelis may believe they can prevent Chinese political interference. Second is a lack of interest; it is probable that China sees no benefit in getting involved in the complexities of Israeli politics. Third, Netanyahu is very secure politically, and is unlikely to be worried about China’s growing financial clout given that he has been actively courting their investments.

This no doubt gives Beijing an element of comfort in the growing relationship. The Chinese must have noticed that when Netanyahu wants something, as was the case with the recent controversy over Israel’s gas fields, he is willing to change the rules to get his way.

So what lessons can we draw from Israel about China’s growing global power?

One is that Beijing can build influence across the international system because the US is retreating from key strategic areas. This notably includes the Middle East, where the Russians have also made substantial inroads.

Another is that when it comes to international relations, the Trump Administration is clearly out of its element. While Xi Jinping advances his global strategy, Trump is opting to engage in futile, bellicose rhetoric that only alienates allies.

Although the Chinese are unlikely to undermine Israeli-American relations, especially as long as Trump is in the White House, they are penetrating an area that they had no access to, establishing a presence not only in Israel but also in the Eastern Mediterranean.

China is challenging American hegemony everywhere, and not just in the Asia-Pacific.

Isaac Kfir is the Director of the National Security Program and Head of the Counter-terrorism Policy Centre at the Australian Strategic Policy Institute. He tweets at @isaac_kfir. This article was first published on the Asia and The Pacific Policy Society blog and can be found here. Image credit: CC by Israel Defence Forces/Flickr.