In the power struggle for Asia, Trump and Xi Jinping are switching policies 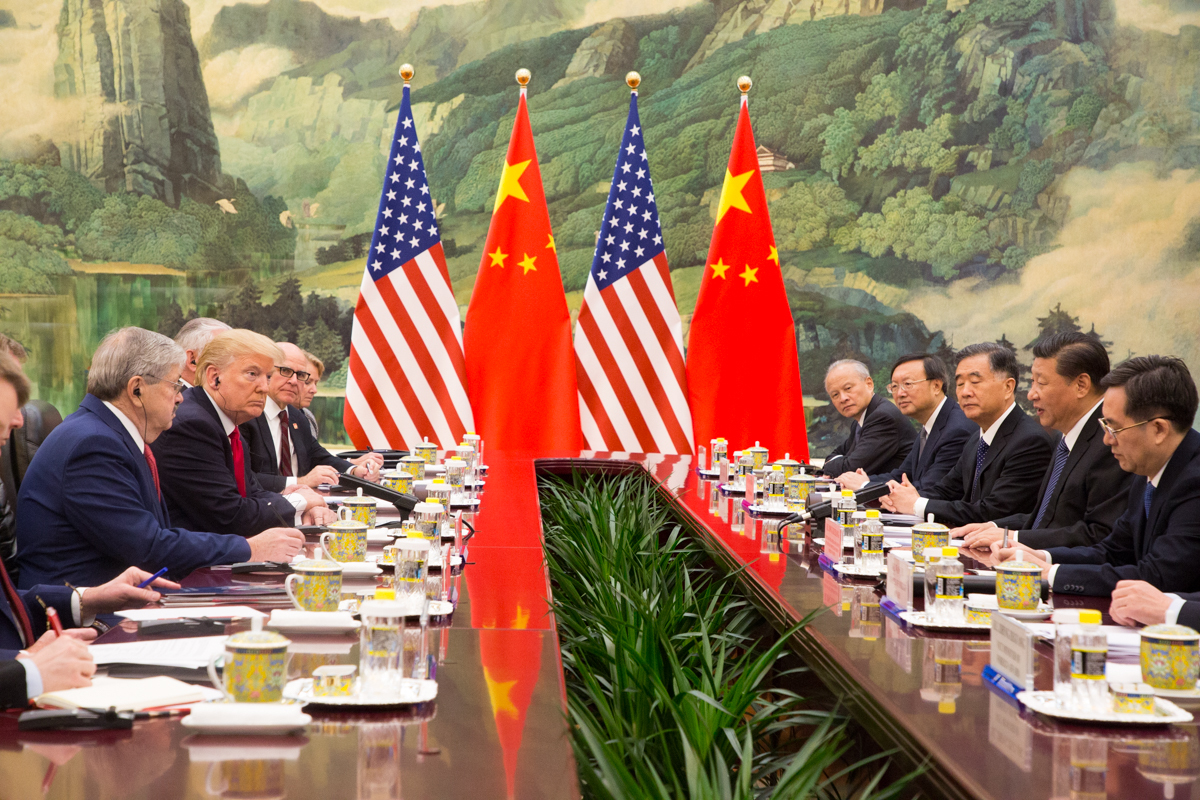 Donald Trump is flexing the United States’ economic muscle in East Asia by introducing a web of new-generation bilateral trade deals to contain China’s challenge. But Beijing is fighting back by political means.

A closer look at the US president’s 2017 trade policy agenda and its ensuing initiativesreveals a pattern. Obama’s trade policy favoured multilateral, comprehensive and ultra-regional deals such as the failed Trans-Pacific Partnership (TPP) agreement, and the frozen Trade in Services Agreement (TiSA). Whereas Trump pushes for bilateral and more targeted deals.

Obama used trade deals, such as one with South Korea, to confront China on the regional status quo. But Trump is reshuffling the cards.

Under Trump, the US Trade Representative (USTR) office prioritises the strict enforcement of US trade laws to counter foreign government subsidies – even if that means undermining the World Trade Organisation and risking trade retaliations.

Beside the deal with Australia, the US has only two bilateral free trade agreements (FTA) in force with Asian countries, namely South Korea and Singapore. In comparison, China has nine FTAs in force in Asia, another four under negotiation, and five more under consideration.

The US boasts it has more than ten Trade and Investment Framework Agreements (TIFAs)with Asian economies. Essentially, these agreements may form the basis for future FTAs or Bilateral Investment Treaties.

This isn’t a trade policy U-turn in Asia but actually a strategic convergence between security and trade.

Previous US administrations have often sacrificed domestic industrial manufacturing to prop up international trade, using it as a bargaining tool to exert security influence over geopolitical partners and rivals. Before Trump, the US openly accepted trade deficits and the rorting of international trade laws as the price paid for advancing its defence policy agenda globally.

Imagine it as a strategic pyramid, with defence on top, trade in the middle and industry at the bottom.

Now with Trump we have a strategic triangle. Industry is the top point, with trade and defence interlinked, on the same level, at the bottom. This evolution is nowhere clearer than in the Asia Pacific region.

China’s goal is to use the Regional Comprehensive Economic Partnership (RCEP)negotiations to accelerate its major Asian infrastructure projects. The most notable of these is the Belt and Road Initiative and the Asian Infrastructure Investment Bank. This initiative promises to compete with the Western-centric World Bank and Japan-led Asian Development Bank.

It’s not an arms race, but infrastructure projects, investments and even humanitarian aid are fuelling Xi’s “major-power diplomacy with Chinese characteristics”. This means clusters of Asian countries are becoming more and more embedded in China’s economic and strategic policy.

Strangely, Trump’s strategic triangle is making US policy look like China’s, after it opened to the global economy in the 1980s. Conversely, Xi Jinping’s more assertive regional politics is moving China where the US was before Trump – with defence on top of trade and industry.

The US’ bilateral trade moves are also targeting new commercial routes. The US is looking at a free trade agreement with India. This would be a great win for the US, as it would further push India away from the China-led RCEP deal.

Indeed, after a promising start, the RCEP negotiations have stalled mainly because of India’s resistance to eliminating tariffs on imported goods from China. India’s trade deficit with China is on the rise and already exceeds US$50 billion.

A balanced US-India FTA would be a win-win solution for both countries in their quest to muscle out China commercially and politically, especially if it precluded finalising the RCEP.

Adding to this is a recent US trade report which urged allied economies to coordinate an anti-dumping action on China’s industries. This is designed to protect trade secrets and intellectual property rights. The report pointed out that China systematically:

…imposes requirements that US firms develop their IP in China or transfer their IP to Chinese entities as a condition to accessing the Chinese market.

In exchange for all of this, the US offers maritime security for a close range of key partners such as Australia, Japan, Singapore, South Korea and Taiwan. This explains why the US administration is wooing India to join Japan and Australia in a revived trade-security alliance against China, the so called Quadrilateral Security Forum.

This recent Trump policy is a remake of Nicholas J Spykman’s “Rimland Theory” that framed the US understanding of Eurasian power politics during the Cold War years. Spykman memorably wrote:

For one thing, Trump’s restoration of bilateral trade shows a clear direction for the US strategy in Asia. Beyond that, the convergence of trade and security policies has the potential to effectively reshape the US as an indispensable Asian power.

Giovanni Di Lieto is a Lecturer, Bachelor of International Business, Monash Business School, Monash University. This article was first published on The Conversation and can be found here. Image credit: CC by White House.

India’s challenge to China
Divide to rule? Federal innovation (and its lack) in South Asia