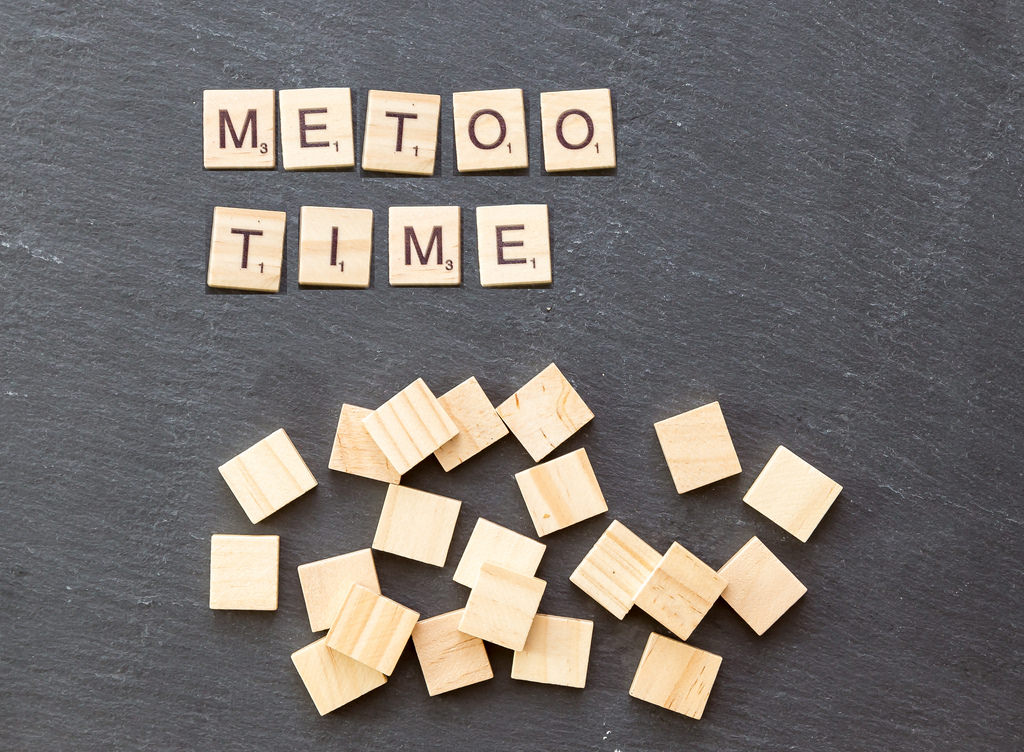 The Chinese version of #MeToo as a social media movement started with a Wechat media account called ATSH with the letters standing for anti-sexual harassment. The account was created by freelance journalist, Huang Xueqin, on November 19, 2017. Huang exposed her experience of being sexually harassed by her superior in a media agency, declared that she would initiate a #MeToo movement in China and encouraged other women journalists to share their experiences.

As elsewhere sexual harassment is a problem in the People’s Republic of China. A 2013 survey by China Labour Bulletin found that 70% of the surveyed factory workers reported that they had been sexually harassed at their workplace. In a more recent 2016 survey of 6.600 students 70% said they had been sexually harassed, while less than 4% had reported the incidents. While the problem has been addressed by women’s movement activists many times in the past, the most known event internationally is probably the imprisonment of five activists in 2015. Their arrest obstructed an event they had planned for International Women’s Day to address sexual harassment on public transportation in Beijing and other major cities.

Another initial action in connection with the current #MeToo movement also took place in November last year when Luo Xixi, an engineer with a PhD in computer science who graduated from Beijing University of Aeronautics and Astronautics, used a knowledge sharing community website to reveal how she was sexually assaulted 12 years ago by the well-known scholar Chen Xiaowu, while he was her supervisor at the university. Luo Xixi lives and works in Silicon Valley in the US where she was inspired and encouraged by the #MeToo campaign. She issued a complaint against Chen Xiaowu together with several other women who were the victims of sexual harassment by him. Since she is somewhat protected by her American residence status only Luo Xixi came forward with her real name.

The Beijing University of Aeronautics and Astronautics suspended Chen Xiaowu and initiated an investigation. However, when the results of the investigation had not come out after one month Luo Xixi linked up with journalist Huang Xueqin, who helped her to contact feminist NGOs in Beijing and Guangzhou. Subsequently, Luo posted an article on her Weibo account and also on ATSH. The former gained more than 5 million hits and the incident was reported by both domestic and overseas media.

On January 2, Hexi, a graduate of Xi`an International Studies University, where she also convenes  a feminist group, issued a letter to her alma mater, in which she encouraged the rector to establish a mechanism on sexual harassment prevention. She offered a suggestion for such a mechanism that had been drafted by the Women Awakening Network (a Guangzhou based feminist organization) and submitted to the Ministry of Education in connection with a 2014 case of sexual harassment at a university.

This triggered a series of actions by individuals and the feminist community. The Women Awakening Network shared the draft of the mechanisms in public and encouraged people to download and submit them to their alma maters. Luo Xixi issued an open letter asking that the Beijing University of Aeronautics and Astronautics should not only punish the perpetrator but also establish sexual-harassment prevention mechanisms at the university. She appealed to the public to indicate their support by signing the letter online. Xiao Qiqi, a Chinese student at the University of British Columbia in Canada, initiated the hashtag #Metoo Zai Zhongguo, which translates as ‘MeToo in China’, to concentrate the posts on sexual violence in one place. The hashtag had almost 5 million hits before it was inactivated two weeks later by Weibo, which is a Chinese micro blog similar to Twitter.

On January 5 Zhang Leilei,  a young feminist and activist, together with a group of other young feminists, initiated the campaign # Write to Your Alma Maters. The idea was that ten thousand people would suggest a mechanism against sexual harassment at universities across the country. They coordinated the action in which more than 8,000 people have so far written letters to 74 universities nationwide.

Like streams running together to form a river, these actions have been organized spontaneously and have come together to gain momentum. Activists have worked closely together and with the help of social media, they have communicated, inspired, and supported each other as well as mobilizing new participants to take part in the movement. At the same time their activities have been based on a long-standing consensus on the importance of addressing sexual harassment issues that is shared by the feminist community.

The letters and the mechanisms that have been suggested are based on earlier work done by feminist NGOs. In 2005, an anti-sexual harassment clause was added to Law on the Protection of Rights and Interests of Women without defining the concept of sexual harassment or any specific legal liability. In an attempt to propose a legal interpretation of this law, feminist scholars and NGOs in China published a series of papers about sexual harassment in which they drew mainly on theories and cases from North America and Europe. They also introduced the notion of employer responsibilities on sexual harassment prevention mechanisms into China. Subsequently, through intervening in sexual assault cases in workplaces and at educational institutions, feminist legal aid and communication NGOs such as Beijing Zhongze Women’s Legal Consulting Services Center/ Beijing Qianqian Law Firm, Yuanzhong Gender Development Center, Women’s Voice and Women Awakening Network have persistently emphasized the need to adopt mechanisms against sexual harassment. Zhongze also led pilot programs in some local companies on how to apply mechanisms on the prevention of sexual harassment.

In 2014 in the case of a prestigious scholar from Xiamen University, a famous school in South China, who sexually assaulted several postgraduates, the Women Awakening Network supported the victims and launched a campaign that gathered 256 scholars from all over the world to co-sign an open letter for the Ministry of Education. The network offered suggestions for sexual harassment prevention regulations to the National Education Department as well as to Xiamen University. This resulted in the first official document against sexual harassment being issued by the National Education Department. However, this document did not have mandatory requirements for schools to establish concrete sexual harassment prevention measures and mechanisms.

In connection with the recent rise of #MeToo in China, young feminists have streamlined the drafts from 2014 into five specific measures that should be maintained at educational institutions. They are as follows:

The response of the state is complicated. On the one hand, many articles and posts have been deleted from the social media by the Cyberspace Administration and students have been warned to stop the campaign by their political instructors at universities. On the other hand, on January 11, Beijing University of Aeronautics and Astronautics removed Chen Xiaowu from his teaching and administrative posts and on January 14, the Ministry of Education revoked Chen’s status as a “Yangtze River Scholar” — a prestigious academic award given to individuals in higher education—and took back the subsidy related to this title. The university and the ministry also promised to look into setting up a system of sexual harassment prevention.

Paradoxically, support and censorship have come hand in hand. Xiao Qiqi and her colleagues received a warm response from a university based in west China in reply to their suggestion. The university praised the five specific measures and promised to set up a mechanism. On the same day, the hashtag #MeToo Zai Zhongguo which she had created was censored due to the widespread media reporting it had led to. It had been listed as a number one hot topic on public good by Weibo several times for two weeks. Now Xiao has created new hashtags such as #METOO and #米兔在中国, a MeToo homophone which translates as ‘Rice Bunny in China’. Other actions include Zhang Leilei issuing a new letter on her 25th birthday to the Ministry of Education appealing  for the involvement of students in the process of setting up mechanisms against sexual harrassment. Meanwhile, an open letter initiated by a group of professors in the faculty of journalism and communication at Wuhan University emerged on January 21, urging the ministry to announce a schedule for issuing the prevention mechanisms.

Thus, the #MeToo movement to address sexual harassment and ensure gender equality in the People’s Republic of China is moving slowly, but also steadily, forward while embedded in the complex dynamics of feminist mobilization, censorship and the state’s legitimacy anxiety.

Li Jun, PhD in political sociology, is the Head of Women Awakening Network (新媒体女性), a feminist communication NGO based in Guangzhou. She is also a columnist on gender issues with the pen name Li Sipan (李思磐). Her publications include “The Growth and Dilemma of Women’s NGOs in China: A Case Study of the Beijing Zhongze Legal Consulting Service Center for Women,” and “Media as a core political resource: the young feminist movements in China”. She also published a paper and investigative report addressing sexual harassment in academia in China.

Cecilia Milwertz works as Senior Researcher at the Nordic Institute of Asian Studies at the University of Copenhagen. She is also editor of the Gendering Asia Book Series and Coordinator of the Sino-Nordic Women & Gender Studies Network. In an article written with media studies scholar Bu Wei, she analyses some of the feminist knowledge change that underlies the current #MeToo movement in China. With philosopher/sociologist Wang Fengxian she published the book 民间意愿互融之树—新思维中的民间组织理论与方法 (A Tree of Intra-active Intentions – Theories and Methods of Popular Organizing in New Frameworks of Thought). The book conceptualized the close intra-action between feminist organizations, party-state and foreign donors that has been undermined by recent legislation and control. Image credit: CC by Marco Verch/Flickr.