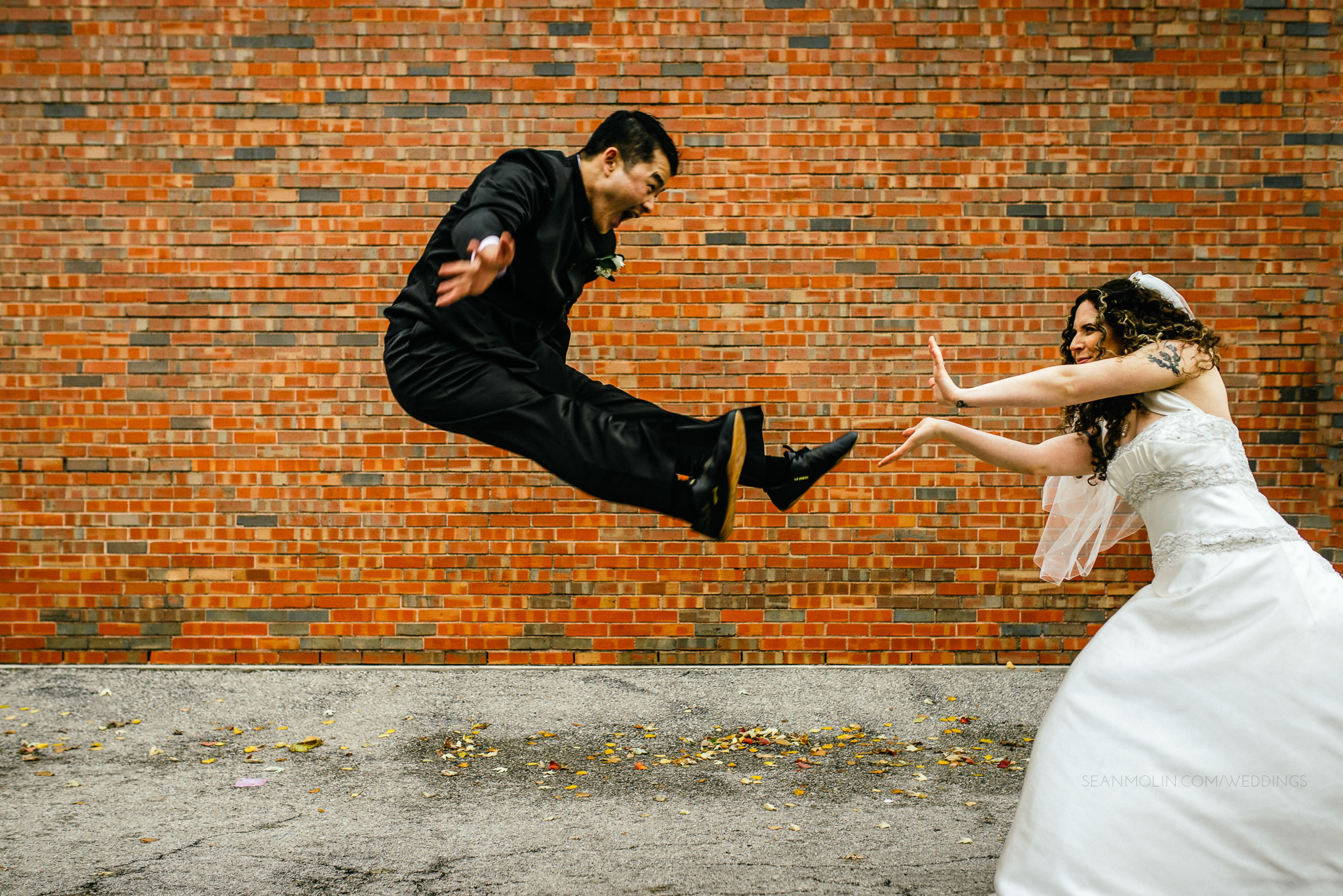 In the past couple months, a hashtag, #MeToo, has swept through various countries, including China and the Chinese diaspora population in different parts of the world. It is not exaggerating to say that it has formed a movement in the greater Chinese world. A glance in various platforms such as WeChat, Dou Ban, and WeiBo will indicate the scope of this movement. Women with various backgrounds proactively joined the movement by writing, re-posting, and commenting on articles, as well as engaging in heated debates in real-life or virtual spaces. However, the #MeToo movement represents only one of the many voices in China’s diverse feminisms. Particularly, the anti-sexual harassment proponents’ views—an influential voice indeed—at times come into sharp contrast to those feminists with sexually radical views.

But first and foremost, one should be cautious in crediting this hashtag mostly associated with women celebrities in the global north for the ongoing anti-sexual harassment campaign in China these days. The representative #MeToo proponents, if we could label it as such, are women students in higher education, not actresses or women in workplaces. The undercurrent is long in motion. Stories about the late Taiwanese writer Yihan Lin, and various accusations against male professors discriminating or sexually harassing women students in mainland China, is not new to followers of China’s current affairs in recent years. Due to complex reasons such as institutional obstacles, these instances remained disparate and did not form a “movement.”

The #MeToo movement in the global north, particularly from the English-speaking countries, showed the feminists concerned with sexual harassment and equity in workplaces an opportunity to finally gain momentum for their causes. And it worked. Within months, a collective had formed that encouraged women to tell their own stories of sexual harassment and reveal the identities of their sexual predators. The impact gained by this movement can be seen in the dismissal of a prestigious male professor, Xiaowu Chen (陈小武), at Beihang University (previously known as Beijing University of Aeronautics and Astronautics) due to multiple allegations against him sexual harassing his female graduate student mentees. This is indeed a victory for the #MeToo movement, for men in such high social positions usually have powerful institutional protections, and were rarely punished for these accusations in the past.

Anti-sexual harassment, however, is not the only voice amongst women and their allies in China today. As there are different experiences of living as a woman, there are various perspectives and approaches being proposed to achieve gender equity. In other words, there are various “awareness-es” of gender equity in today’s China. Among these different voices, one stands out in relatively sharp opposition to the current #MeToo anti-sexual harassment movement; that is, the sex radicalist feminism.

This strand of feminism is closely related to the “sexual revolution” as proposed by Chinese scholars such as Suiming Pan, Yingying Huang, Josephine Chuen-juei Ho, as well as US-based academics such as Everett Yuehong Zhang, Lisa Rofel, Yunxiang Yan, and James Farrer. This “revolution” emphasizes that sexual autonomy and sexual pleasure are essential components of women’s liberation. The proponents argue that, instead of preserving the conservative ideologies that treat women’s body and sexuality as a precious thing to be guarded and hidden away, women should embrace their desires and enjoy sex. Sex, in their opinion, has been falsely constructed as dangerous, dirty, and shameful in Chinese people’s consciousness.

The liberation of sex is supported by Chinese citizens outside academia as well. In major cities such as Beijing, Shanghai, and Guangzhou, private seminars teaching women how to be in touch with their own body, desires, and sexuality are increasingly common. These popular courses, which are relatively expensive, teach women how to be sexy, seductive, and sensual. Women are encouraged through these courses to enjoy sexual autonomy and pleasure to the fullest. Similar to some feminist/black/LGBTQ movements in the West, derogatory terms such as “slut” and “whore” are increasingly appropriated by these women to indicate their sexual freedom.

Another powerful force of this more sexually radical feminism is former or current sex workers. Refusing to be seen as victims of patriarchy, many women sex workers contend that participating in sex work is precisely a manifestation of their sexual agency. Rather than being “protected” in a monogamous marriage under a man, these women argue that their participation in the sexual economy allows them to enjoy sex with different men and gain economic independence. Although they do not refute the existence of sexual harassment in Chinese society, their major concern is that feminist movements narrowly centering on anti-sexual harassment will impede the sexual liberation of women. They worry that anti-sexual harassment discourse may end up reproducing ideas such as women being fragile (hence wanting protection from men) or that sex is perilous instead of pleasurable.

These two voices continue to debate and confront each other. But one thing is certain. Chinese women’s awareness of the gender dynamics have awakened. In fact, it has been awakening for quite some time.

Although the #MeToo movement is a recent phenomenon, and sex predators in higher education or workplaces have rarely been punished until now, there is no denial that women’s socioeconomic status in Chinese society as a whole has been improved. A growing number of women, in megacities such as Beijing and Shanghai, take up positions traditionally occupied by their male counterparts, such as those in management, finance, and technology. However, as everywhere else in the world, gender equity in China is far from complete. Male preferences in familial, political, economic, and educational areas are still pronounced.

At a moment like this, it is important not to hastily dismiss any different voices, or to make overly generalized claims. #MeToo movement is an excellent opportunity for individuals, regardless of their gender identification, to speak up and defend themselves. However, it is also important for the proponents to more critically consider notions of sexual autonomy, consents, and subjectivity. What constitutes sexual harassment, for example, is a crucial question yet to be answered in this large-scale movement that gained momentum in so short a time. Claiming victimhood can be a crucial step towards gaining gender equity. But it might also obscure how, by claiming victimhood, women may simultaneously strengthen the very mechanisms that reproduce women’s body and sexuality as fragile, pure (in the belief that it is not to be contaminated outside the “sacred” domain of love and marriage) and wanting to be protected. Thinkers such as Michel Foucault have poignantly observed that the obscene, perverted, offensive sexual acts, such as the sight of a penis in public, are precisely rendered “unwatchable” and punishable by heteronormative power relations. Sex is made “prohibitive” so as to sustain the reproduction of population through the institution of monogamous, heterosexual, marriage.

This is one of the major arguments proposed by feminists that hold a more sexually radical view, as influenced by post-structuralist theorists such as Michel Foucault and Judith Butler. They critique that some women are “pampering” themselves by seeing everything as “sexual harassment” without realizing that they are both the effects and agents of a heteronormative, monogamous, and conservative enterprise that will undermine, rather than enhance, women’s liberation in China. However, it is important to draw the line between sexual liberation and the absolute eradication of boundary and consent. Granted, boundary and consent are all culturally and historically constructed and hence subject to power relations.

In other words, what one  society considers sexually permissible should not be taken as “truth,” but a combined effect of the political, economic, cultural, and social forces. But that is not to say anything goes or that any kind of sexual acts or desires are automatically fine and acceptable. Exactly by what criteria should one judge if an act “crosses the line” and constitutes sexual harassment must be answered in specific contexts, not by broad strokes. What in one situation is pleasurable sexual play may very well constitute unwanted sexual assault in another.

These voices will continue to co-exist and debate in China. For the better, in fact. It is precisely in prolonged and engaged debates that multiple perspectives reveal themselves. As different voices strive to gain visibility and popularity, their principals, arguments, and cannons will become increasingly refined, complex, and holistic. Through this, a more hopeful future for gender equity can be imagined and expected.

Yifeng Cai is a PhD student in the Department of Anthropology at Brown University, U.S.A. Image credit: CC by Sean Molin/Flickr.